The Decline in “Out of Merit” Costs After Market Introduction

The Gains from Trade After Market Introduction 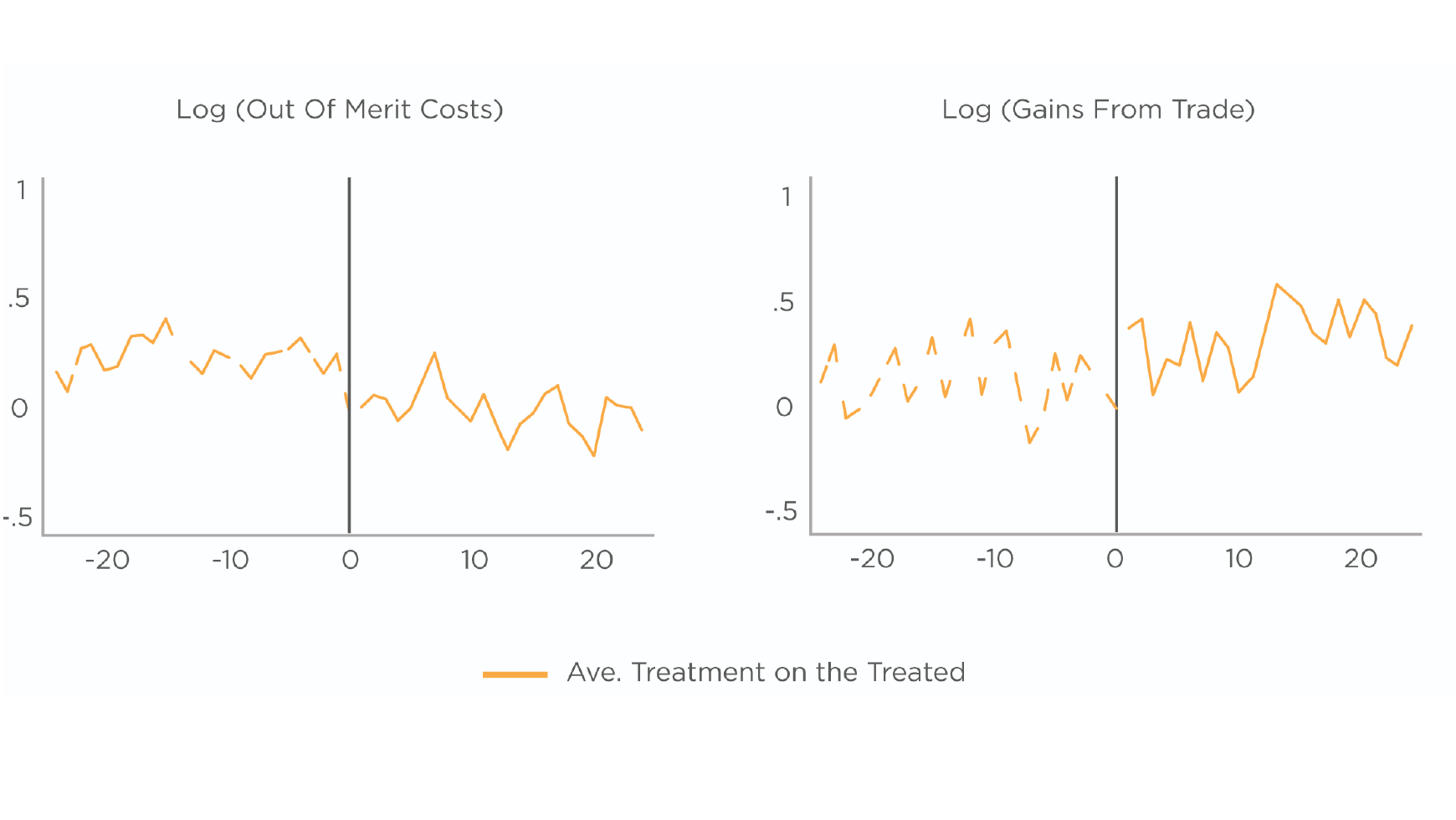 This year, the U.S. Department of Energy proposed a rule that would subsidize the ailing coal and nuclear industries, arguing that these sources of electricity are needed to ensure grid reliability as renewable fuels gain market share. Critics of the proposed rule say it is an unnecessary bailout of uncompetitive and dirty energy sources, and that renewables pose no threat to grid reliability. Critics also say it could “blow up the market” by depressing costs.

The possible threat to U.S. electricity markets comes as EPIC’s Steve Cicala, an assistant professor at the Harris School of Public Policy, finds the enormous cost-saving potential of these markets. After constructing a virtually complete hourly characterization of U.S. electric grid supply and demand and comparing the data in wholesale electricity markets to regulated command-and-control areas before and after markets were introduced, Cicala finds that using a market approach to buy and trade electricity saves about $3 billion a year. That’s due to the increased efficiencies and coordination the markets bring.

The study finds that power plant generators operating within markets are more likely to ensure their power plants are available to run when it is most economical. This means the lowest-cost plants are used 10 percent more often in market regions. This reduces “out of merit” costs—the costs incurred when the lowest-cost plant isn’t used—by nearly 20 percent. Further, power suppliers operating within markets are able to better identify low-cost generators across areas and better coordinate the dispatch of power, increasing trade by 10 percent. The savings from these transactions increases by 20 percent a year.

Utilities could be looking for the gains a market would bring to the western United States, as more and more talk crept in this year of a possible new regional transmission organization.