To get at the heart of the public’s views on a number of energy and climate change issues up for debate, EPIC partners with The Associated Press-NORC Center for Public Affairs Research to conduct annual public opinion polls.

Despite a clear acceptance of climate science and strong support for government action to combat it, the polls have found Americans are ambivalent about paying for such action. Over the last three years, EPIC/AP-NORC has asked respondents how large a fee they would be willing to pay in their monthly electricity bill to combat climate change. Each year, a narrow majority is willing to pay at least $1, with smaller numbers of people willing to pay more. The flip side is, however, that a substantial minority of Americans would not pay anything at all. Party identification and acceptance of climate change are the main correlates to whether people are willing to pay, with Democrats being consistently more inclined to pay more.

What else have the EPIC/AP-NORC polls gleaned about public opinion on climate change and energy? 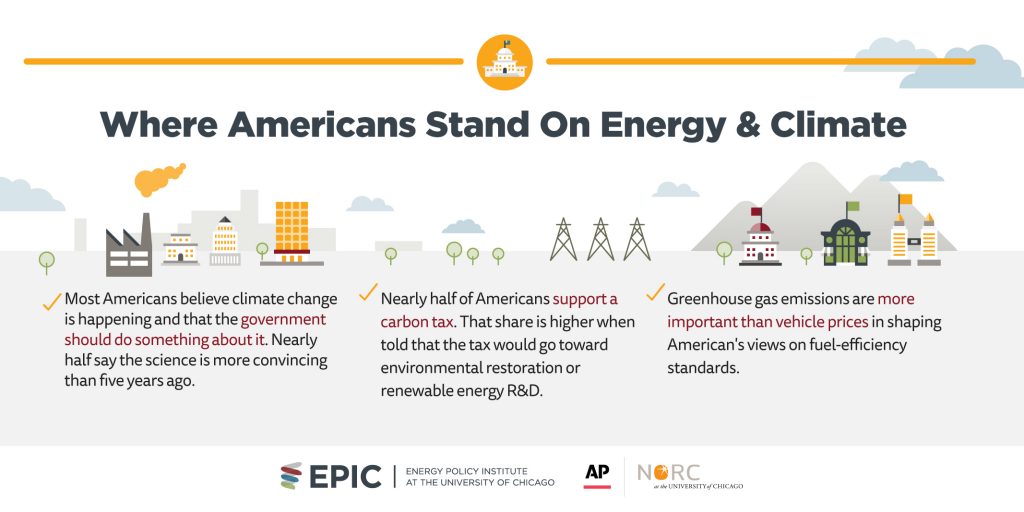 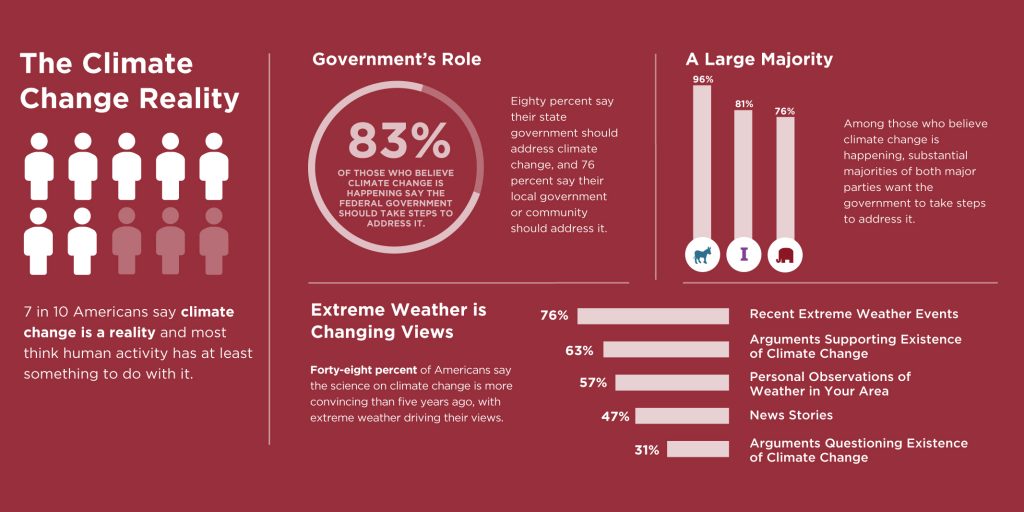 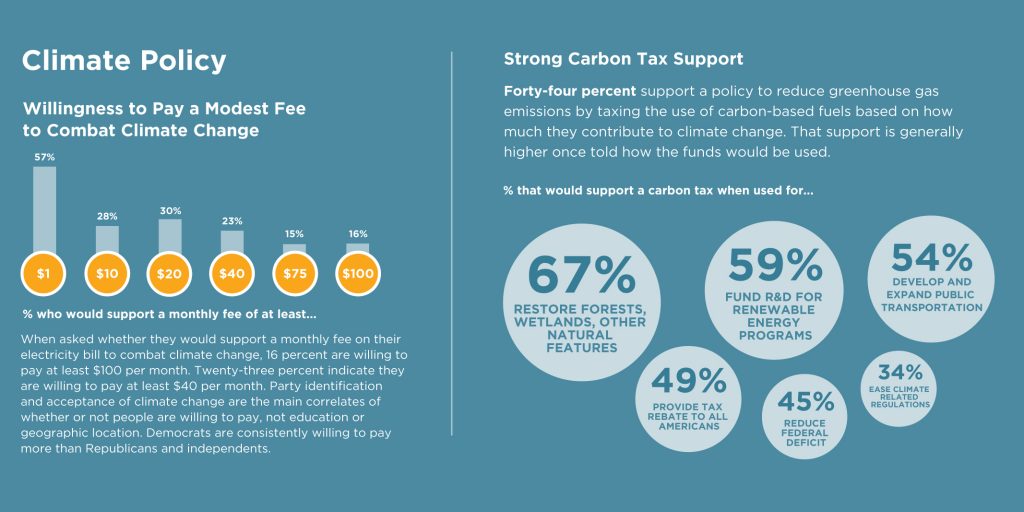 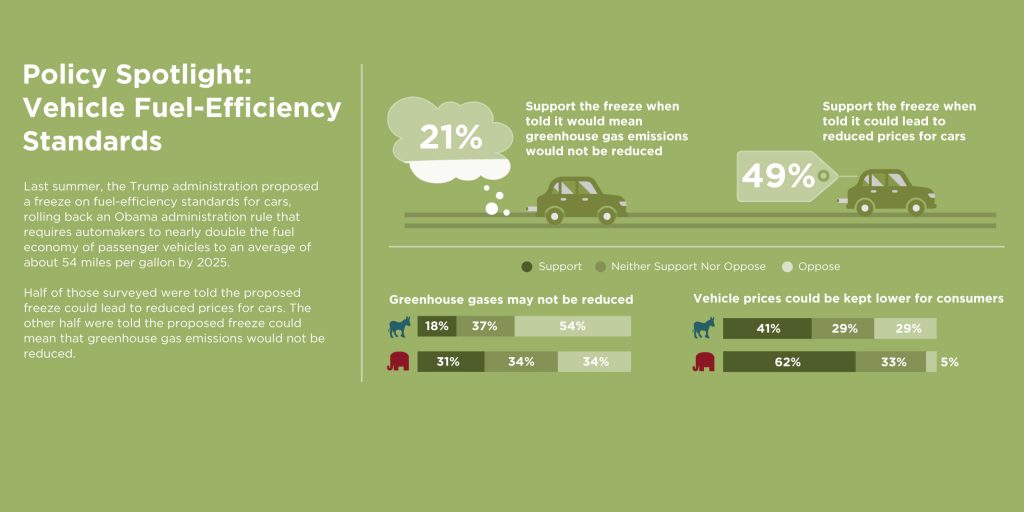 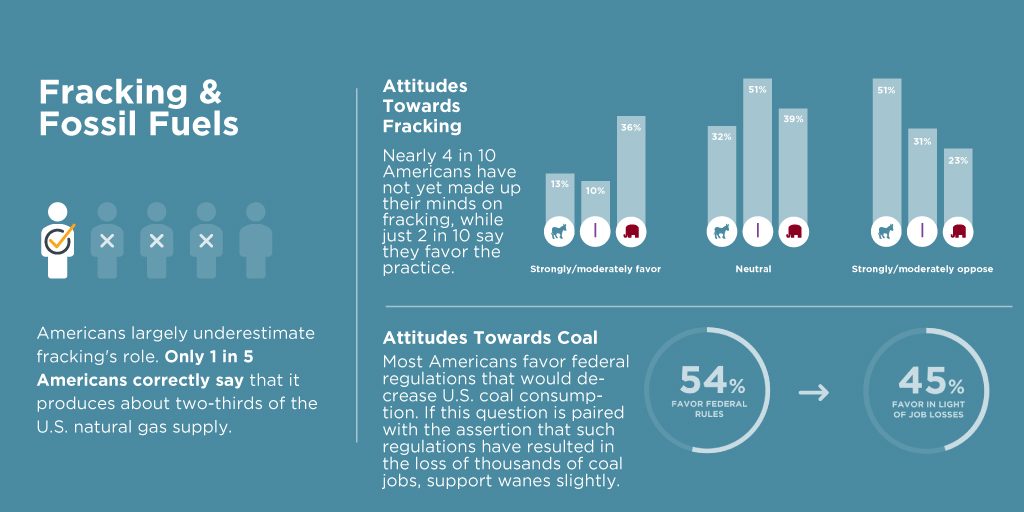 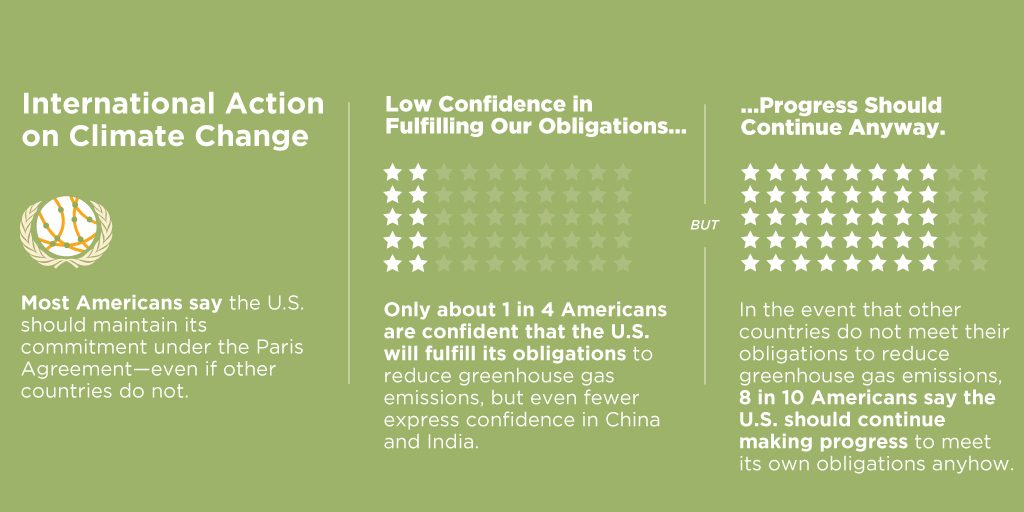 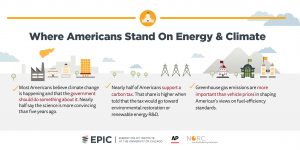 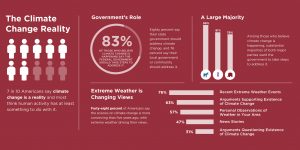 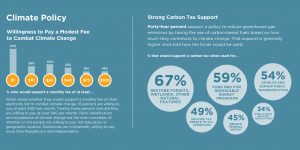 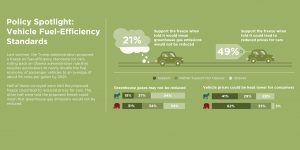 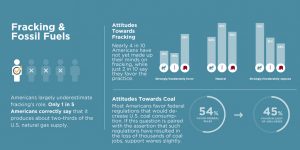 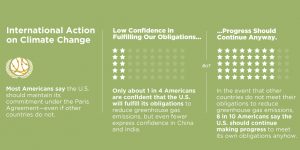 New Poll: Most Americans Want the Government to Combat Climate Change; Some Willing to Pay a High Amount

Americans Appear Willing to Pay for a Carbon Tax Policy

How Much Will Americans Pay to Battle Climate Change? 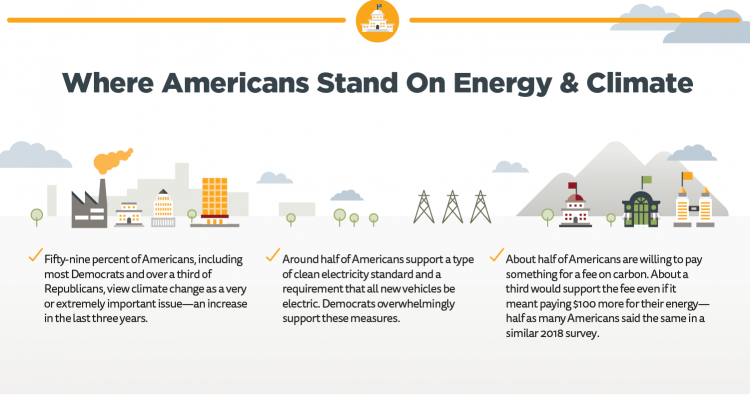 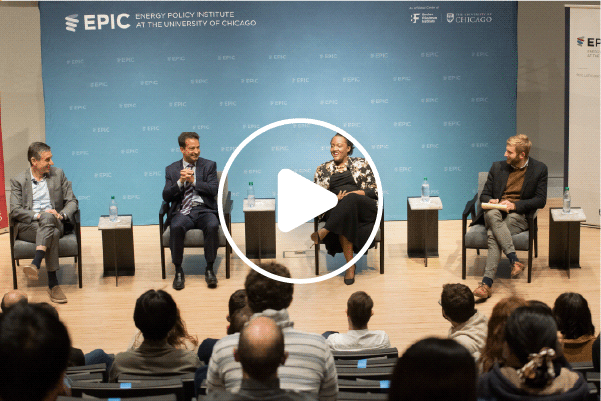