The Energy Policy Institute at the University of Chicago (EPIC) is pleased to welcome McKie Campbell, former staff director of the U.S. Senate Energy and Natural Resources Committee, and Melanie Kenderdine, former director of the U.S. Department of Energy (DOE) Office of Energy Policy and Systems Analysis and Energy Counselor to the Secretary, as the 2018-2019 Visiting Fellows in Policy Practice. Campbell and Kenderdine will share their perspectives and expertise in a series of events, workshops and public discussions, as well as serve as resources for students and the Institute.
“We are thrilled to welcome Melanie and McKie, whose decades of experience in energy and environmental policy will be invaluable to EPIC and the larger University of Chicago community,” says Michael Greenstone, director of EPIC and the Milton Friedman Professor in Economics. “Having played high-profile roles in major energy policy debates, their insight will help us bridge the divide between research and policy as we work to confront today’s energy challenges with practical, data-driven solutions.” 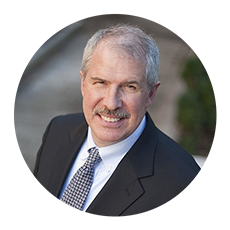 McKie Campbell, managing partner of BlueWater Strategies LLC, has more than 30 years of governmental and private sector energy and natural resource experience. Before joining BlueWater Strategies, Campbell was the staff director of the U.S. Senate Energy and Natural Resources Committee under Alaska Sen. Lisa Murkowski (R). In that role, Campbell worked with lawmakers from both parties in Congress and federal agencies on a wide variety of energy and natural resource issues and legislative efforts, including electric generation and transmission, hydropower, nuclear energy, oil and gas development, carbon capture and sequestration, mining development, land use and more. Prior to his tenure in Washington D.C., Campbell worked on natural resource policy in Alaska. Among his positions, he was deputy chief of staff in the governor’s office and the commissioner of the Alaska Department of Fish and Game.

“Energy policy has profound implications for both our economy and our environment. Too often, however, policy makers and advocates substitute partisan alignment for analysis,” says Campbell. “EPIC and the University of Chicago have become national leaders in cutting through the arguments and bringing parties together for careful fact and research based consideration. I’m honored by the invitation to be a visiting fellow.” 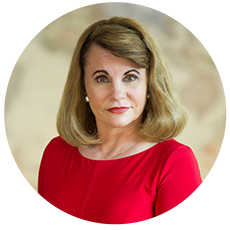 Melanie Kenderdine, a principal at Energy Future Initiatives, held senior-level positions at the U.S. Department of Energy under two administrations. Most recently, she served as the energy counselor to Secretary Ernest J. Moniz and director of the Office of Energy Policy and Systems Analysis. In this role, she wrote or edited two installments of the Quadrennial Energy Review, and provided key strategic advice on a broad range of issues across the department. Prior to that, Kenderdine was the Executive Director of the MIT Energy Initiative. Kenderdine also held several posts in the Clinton administration, including senior policy advisor to the secretary, director of the Office of Policy, and deputy assistant secretary for Congressional and Intergovernmental Affairs. Prior to serving in the Clinton Administration, Kenderdine was chief of staff for New Mexico Congressman Bill Richardson. In 2014, she was named by the National Journal one of the top five women in Washington shaping energy policy and is the longest serving political appointee in DOE’s 40-year history.

“Universities are our nation’s most credible source of unbiased and evidence-based research,” says Kenderdine. “EPIC and the University of Chicago are helping to lead the charge in bringing this vital research out of academia and into government where it can make a real difference in shaping successful policies. I’m looking forward to sharing my insights from my time in government to contribute to this important goal.”

In their role as visiting policy fellows, Campbell and Kenderdine will lead a series of events centered on the practical realities of the political landscape in energy and environmental policymaking. Cutting-edge research coming out of the University of Chicago will serve as the launching pad to frame these deep-dive conversations, as the researchers, Campbell, and Kenderdine debate ways to translate the research into policy. The first event as part of this series will be announced this fall.