Shaoda Wang is an Assistant Professor at the University of Chicago’s Harris School of Public Policy who joined the school’s faculty at the start of the 2021-2022 academic year. An applied economist with diverse interests, his main research agenda aims at understanding the 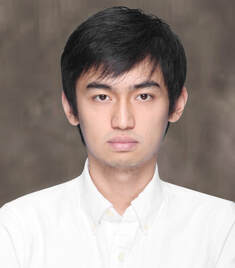 political economy of public policy — its design, implementation, and effectiveness — with a regional focus on China and a policy focus on energy and the environment.

We sat down with him recently to learn more.

Harris is truly a dream team when it comes to environmental economics and political economy, so naturally, the school was very appealing to me intellectually and in many other respects too.

What got you interested in policies relating to environmental regulations?

I initially became interested in environmental regulations in China after observing the country’s significant pollution problems and its heavy-handed policy responses over the past decade. As I looked more closely at the enforcement of these regulations, I realized that it was actually also a particularly rich setting to study China’s political economy: to provide better environmental amenities to the public, the government has to regulate large polluting firms, and in the process, these three parties interact with each other in interesting ways.

For example, the government’s regulatory actions might be captured by – and be designed for the benefit of — certain large firms. At the same time, citizens can directly participate and get involved in environmental governance, and those same firms might be influenced by the public’s concerns and react with steps that demonstrate corporate social responsibility. I wrote several papers investigating how the political economy of enforcement affects the costs and benefits of China’s environmental regulations with all of this in mind.

You focus your research to some degree on China. How do China and the United States differ when it comes to making public policies?

One of the key differences lies in their policy learning approaches: that is, how the central/federal government learns about the effectiveness of a policy before it gets implemented nationwide. This step is critical to choosing the right policies.

In the United States, a great deal of the policy learning happens in a “bottom up” fashion, in which different interest groups express their views on a potential policy through lobbying or during a comment period. The advantage of this approach is that it utilizes decentralized information in policymaking – but the potential pitfall is that policymaking might be captured by certain special interest groups.

In China, such “bottom up” policy learning is much more limited in scope. In contrast, the central government frequently utilizes a “top down” approach, known as “policy experimentation,” in which a policy is tried out in several regions (and often in multiple waves) before deciding whether it should get rolled out nationwide. While policy experimentation is believed to have played central roles in China’s economic reform in the past four decades, the knowledge generated from these experimentations is not without bias either.

Citizen participation in policy – that is, having everyday people being interested in the policies taking place around them, whether by serving in local office or simply by paying attention to social media – plays a role in your research. What have you found?

My coauthors and I conducted a large-scale randomized field experiment in China on citizen participation in environmental governance.

We take as a starting point the Continuous Emissions Monitoring System (CEMS) in China, which was launched in 2013. The CEMS involved the installation of automatic air and water pollutant monitors in more than 25,000 plants nationwide, and the posting the plants’ hourly emissions data in real time on (public) provincial government websites. Based on the publicized CEMS data, we identified in real time the polluting firms that violated the national emissions standards.

Then, a group of citizen volunteers, whom we recruited from a large environmental NGO, made pollution appeals to either the regulators or the firms based on these identified environmental violations. We randomly varied the channels through which these appeals were delivered.

We find that appealing to the regulator publicly about a firm’s violations through social media increased both regulatory oversight and firm compliance, which reduced subsequent violations by 40% and air and water pollution emissions by 13% and 4%, respectively. In contrast, appealing to the regulator or the firm through private channels only caused a marginal improvement in environmental outcomes, even when using the exact message and template as in the public appeals. These results indicate that “publicity” is key to the effectiveness of pollution appeals.

Our findings suggest that encouraging citizen participation in environmental governance would lead to significant improvements in China’s aggregate environmental quality.

Are you teaching this year? How do you approach teaching, especially during the coronavirus pandemic?

Yes, I will be teaching Environmental Economics and Chinese Economy in the Winter quarter. My wishful thinking is that life will already be back to normal by that time. I am very excited about these two courses, and I cherish the opportunity to explore with the students two of the most important issues we need to think about today: our environment, and the rise of China.

—Adapted from a story first published by the Harris School of Public Policy.