As part of its commitment to training and mentoring future energy leaders, the Energy Policy Institute at the University of Chicago (EPIC) is pleased to welcome a new class of DRW Graduate Fellows in Economics & Policy. Michael Galperin and Johanna Rayl are beginning their doctoral programs in the Kenneth C. Griffin Department of Economics, and Yuqi Song is beginning her doctoral program in the Harris School of Public Policy. Jennifer Boughton, Animesh Jayant, Parth Khare and Sushmita Singha are beginning their masters programs in Harris Public Policy. In addition to rigorous academic training, DRW Fellows will have opportunities to work closely with EPIC faculty on a variety of research initiatives.

“This year’s class of DRW fellows are passionate about contributing to research that can make a real difference in policy conversations,” says EPIC Director Michael Greenstone, the Milton Friedman Professor in Economics, the College and the Harris School. “They are exceptionally talented and dedicated individuals who we are very happy to add to our community of young scholars being built by this important fellowship program. With each new class of DRW Fellows, we reinforce the university’s reputation as a go-to place to study energy economics and policy.” 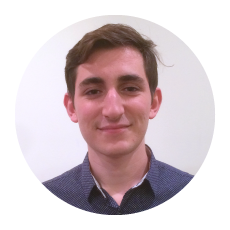 Michael Galperin earned his bachelor’s degree in economics from UChicago. He has also been working for Michael Greenstone at EPIC over the past two years, and received an honorable mention for the NSF fellowship. While at EPIC, he contributed to research that analyzed the relationship between extremely hot days and the mortality rate in India. Additionally, he helped to create a new cost-benefit analysis model that could be used on environmental regulations by using the novel approach of adapting seemingly unrelated data on military reenlistment. Prior to coming to EPIC, Galperin interned at the Federal Reserve Bank of New York and was a research assistant for Marianne Bertrand, the Chris P. Dialynas Professor of Economics at the UChicago Booth School of Business. He is most interested in questions of development and political economy as they relate to energy access, and his time at EPIC reinforced the idea that economic analysis and tools can be used to improve living condition for the world’s poor.

“In addition to being a part of a wonderful research community, my time at EPIC prepared me for rigorous research that requires independent thinking and initiative,” Galperin says. “I’m excited to apply the skills and tools I gained to dive deeper into ways to improve energy access throughout the world.” 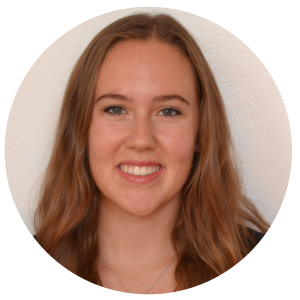 Johanna Rayl, who in addition to the DRW Fellowship also received a prestigious fellowship from the National Science Foundation (NSF), has been working for EPIC over the past two years as a pre-doctoral fellow for Michael Greenstone. During that time, she focused on projects analyzing the adoption rate of solar-powered microgrids in India and the effectiveness of energy efficiency policies. For the latter, she helped oversee the rollout of an experiment with Baltimore Gas & Electric. Prior to working with EPIC, Rayl researched water markets in Chile as an intern for Resources for the Future. She received her bachelor’s degree in environmental analysis from Pomona College.

“EPIC has provided me with a very clear sense of the important energy questions that need answering, as well as with incredibly valuable connections to the broader energy and environment research community at UChicago,” says Rayl. “I’m grateful for the support this fellowship provides me as I continue my economic studies.” 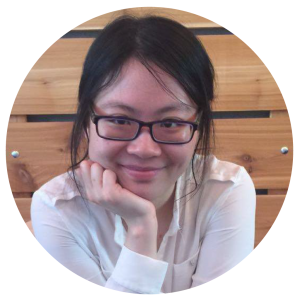 Yuqi Song will begin her PhD program at the Harris School of Public Policy in the fall, where she hopes to bring with her the knowledge she learned from working at EPIC over the past two years. While at EPIC, Song was part of the Climate Impact Lab (CIL), an interdisciplinary, multi-organizational project co-led by Michael Greenstone. For the project, Song focused on calculating the relationship between energy consumption and greenhouse gas emissions by identifying emissions levels by sector over time. Prior to coming to EPIC, Song earned her MBA from the Booth School of Business, where most of her research centered on policy, particularly in her home country of China. She also worked with Greenstone as an undergraduate student in mathematics and economics at the Massachusetts Institute of Technology. Song hopes to one day tackle global challenges through academic research or at an organization such as the International Monetary Fund or World Bank.

“When I came to EPIC, I wasn’t sure if I wanted to continue pursuing a career in academic research or go work in industry,” Song says. “Working at EPIC helped me see how truly valuable academic research can be if we work to make it part of policy conversations. I’m excited to now continue researching the economics of pollution and climate change, which have such a profound impact on human life.” 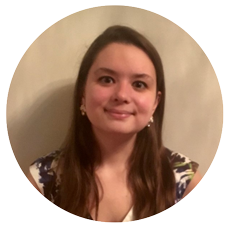 Jennifer Boughton is beginning her master’s in environmental science and policy at Harris after spending the past several years working abroad. Boughton, who earned a bachelor’s in political science and Spanish from The Ohio State University, will work with Harris Assistant Professor Eyal Frank on a variety of projects at the intersection of ecology and economics. Projects include calculating the impacts of animal waste from factory farms on nearby residents, examining the shortcomings of the Sustainable Fishers Act of 1996, exploring the effects of the Endangered Species Act on property values and evaluating the effect of using high levels of pesticide in a region in Vietnam. Prior to enrolling at Harris, Boughton was a government relations assistant for W2Worth Innovations in Manila, Philippines, during summer 2017. Before that, she taught English in Bogota, Columbia, as a Teaching Fellow for the IIE Fulbright Association. She is fluent in Spanish, having lived in Venezuela for seven years as a child.

“This research at the intersection of environmental improvement and economic feasibility is crucial in today’s society to create viable and sustainable green policies,” Boughton said. “I am thrilled to be a part of it.” 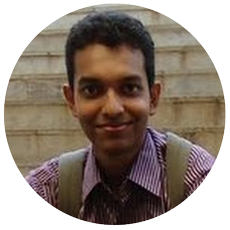 Animesh Jayant is pursuing a master’s in public policy with certificate in research methods (MACRM) degree after working as a senior research associate at the South Asia office of the Abdul Latif Jameel Poverty Action Lab (J-PAL). There he worked closely with Michael Greenstone on projects that aim to design, implement and test reforms for improving collection rates and power supply in the state of Bihar. Prior to joining J-PAL, he worked as a consultant in PwC’s emerging technologies practice. He will work with Harris Public Policy Assistant Professor Fiona Burlig on rural electrification and electricity access projects in India. 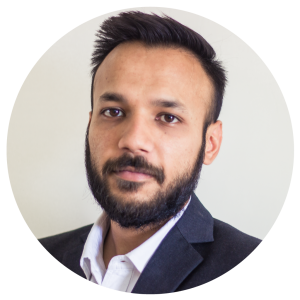 Parth Khare will be pursuing a masters in computational analysis and public policy at the Harris School after having worked as a data science consultant for the Chief Economic Adviser of the Indian Ministry of Finance. There, he designed and implemented big data-driven civic tech solutions and extensively analyzed satellite-based (air pollution, climatological, urban footprint and nightlights) data for the last three Indian Economic Surveys. This work included co-authoring a study assessing the long-term impact of climate change on Indian agriculture as part of this year’s survey. He has also worked in data analytics and science positions for several companies in India, including for the New Delhi branch of Nielsen.

“In addition to the coursework, I am looking forward to learning new ways that econometric and computational methods can be used to inform policy,” Khare says. “Receiving this fellowship allows me to do so while continuing to contribute to impactful hands-on data analysis and research.” 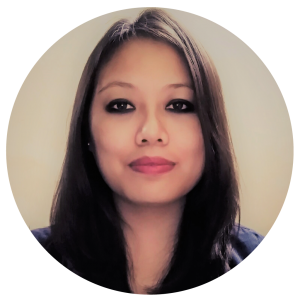 Sushmita Singha will pursue her master’s in public policy at Harris following several years of professional and academic research in India. As a senior research associate at Abdul Latif Jameel Poverty Action Lab (J-PAL), Singha worked on a rural electric power project under the supervision of EPIC-India Executive Director Dr. Kenneth Lee. Before that, Singha worked on environment, urban, and economic research and project management at several organizations in New Delhi, including the National Institute of Urban Affairs, the Energy and Resources Institute and the National Council of Applied Economic Research. She has a master’s in economics from Gauhati University and TERI School of Advanced Studies. Singha will work with EPIC Executive Director of South Asia Anant Sudarshan on the Continuous Energy Monitoring System for reducing air pollution in the Indian state of Gujarat and a project in Rajasthan that seeks reform agricultural electricity subsidies.

“I’m really excited about this Fellowship and to work with EPIC, which has been conducting some of the most challenging and exciting work in the energy and environment space, especially in India,” Singha said. “The most exciting part of this role is the opportunity to work closely with leading researchers and policymakers on academically rigorous and policy relevant studies. I look forward to working on providing evidence for better environmental and economic reforms to reduce the impact of climate change.”

***
EPIC launched the DRW Graduate Fellowship in Economics & Policy in 2017 to support students focused on contributing to energy, environment or climate research while pursuing advanced degrees at the University of Chicago. Last year’s inaugural fellows were Jenna Allard and Harshil Sahai, who recently completed their first year in PhD programs at Harris and the UChicago economics department, respectively.