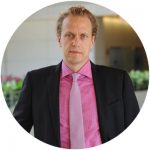 EPIC sat down with Christian Leuz, the Joseph Sondheimer Professor of International Economics, Finance and Accounting at the University of Chicago’s Booth School of Business. Leuz is the author of a new study on the impact of fracking on surface water. The study, “Large-Sample Evidence on the Impact of Unconventional Oil and Gas Development on Surface Waters,” is published in the journal Science.

Prior to your research, what was known about hydraulic fracturing and its impacts on water quality?

The answer depends a bit on whether we are talking about groundwater or surface water. For groundwater, we have more studies, mostly examining contamination from stray gas, like methane, or deep formation brines. Instances of contamination have been documented for both, but the evidence is mixed and varies across shales.

For surface water, the evidence is more limited. Here, localized instances of contamination related to unconventional oil and gas development have been documented primarily related to discharges of inadequately treated wastewater, hydraulic fracturing fluid leaks, and spills and other mishandling of flowback and produced waters.

What was the main question you were looking to answer?

What is the answer?

The bottom line is that we found a robust association between new hydraulic fracturing wells in a watershed and elevated salt concentrations in surface waters in the same watershed. We found these associations for barium, chloride and strontium. For bromide, the evidence is mixed and not robust. We investigated when these increases occur and found the strongest concentration increases occur 91 to 180 days after the initiation of well drilling, consistently for all four salts, in Pennsylvania and all U.S. watersheds. Thus, we see the increases when drilling is typically complete and during the early phases of production when large amounts of flowback and produced water are collected. This timing suggests a link between elevated concentrations and the unconventional oil and gas development process. In addition, we estimated larger increases in salt concentrations when we restricted the analysis to water measurements taken within 360 days of drilling a new well and from water monitors that are closer to wells and likely downstream from these wells.

I should emphasize that, while the associations are statistically strong and robust, even our largest estimates for the increases in salt concentrations are very small and well below the EPA maximum contaminant level for barium and chloride and the health advisory levels for strontium.

Could you unpack your approach?

While many of the prior studies on the impact of fracturing were focusing on specific instances of contamination or on certain shales, we used a large-sample statistical analysis that made it easier to detect anomalous concentrations in surface waters that might otherwise have gone unnoticed. We combined a database with more than 40,000 hydraulic fracturing wells from 24 shales with more than 60,000 surface water measurements over eleven years. Armed with this database and our statistical model, we exploited temporal and spatial variation in fracturing within and across U.S. watersheds to identify anomalous changes in salt concentrations associated with newly drilled hydraulic fracturing wells in the same watersheds. Our approach is very similar to what is being used in economics to study the impact of new regulation. While this approach does not identify the exact way in which unconventional oil and gas development affects surface water, it is very powerful when it comes to estimating the association between new fracking activities and nearby changes in surface-water quality. In fact, our statistical models explain more than 80 percent—and in many cases more than 90 percent—of the background variation in salt concentrations across watersheds over time.

As I mentioned, because we are using a statistical approach, we don’t have evidence on the exact way in which the concentration increases occur or make their way into the water. And, as with every statistical analysis, the evidence is not necessarily causal. We therefore conducted a number of additional analyses to tighten the connection between the elevated salt levels and the nearby hydraulic fracturing activities. For instance, we found that the salt concentrations were more pronounced for wells in areas where the deep formations exhibited higher levels of salinity and also for wells that generated large amounts of produced water. Based on all our analyses, it is difficult to explain the results by other factors. The confluence of the evidence suggests that unconventional oil and gas development is driving the anomalous surface water concentrations identified by our model.

If the levels discovered are below what the EPA considers harmful, why are your findings important?

The estimated magnitudes are indeed very small but they need to be interpreted in the context of our analysis. First off, it should be noted that the water measurements were predominantly taken from rivers, so dilution is a factor. Moreover, not all wells are close to surface water and not all monitors in a watershed are in locations where they could detect an effect. In our sample, the average fracturing well was not particularly close to the monitors in the watershed. Thus, we would expect the estimated impact to be relatively small. Our evidence is nevertheless important because it is the first evidence that unconventional oil and gas development is related to changes in surface waters across several U.S. shales and watersheds.

Should households living near fracturing sites be concerned?

Based on our study, we can’t really answer this question for two reasons. One being, there is not enough public data to analyze potentially more dangerous substances; and second, as I’ve outlined, there are limitations in available water-quality measurements. Overall, our approach and evidence suggests impact. We need more research to evaluate this impact.

What steps could policymakers take?

Our statistical approach was constrained by the chemicals that are being included and tracked in public databases as well as the sparsity of water quality data. Thus, an important next step would be to improve water measurement. We need better and more frequent water measurement to fully understand the surface water impact of unconventional oil and gas development. For instance, federal and state environmental agencies could consider placing monitoring stations in a more targeted fashion to better track potential water quality impacts. Further, beginning in 2010, many U.S. states started to regulate hydraulic fracturing, obliging operators to disclose the substances used in their fracturing fluids. Regulators could now include these chemicals in public water monitoring databases. These steps obviously also require adequate funding of the respective agencies.

This is outside of your usual domain of research. Why did you decide to look at hydraulic fracturing?

My primary research domain pertains to disclosure regulation and transparency regimes, for instance, studying their economic effects in capital markets. But more recently, my coauthors and I have become interested in the effects of disclosure regulation outside the traditional domains such as financial reporting. Transparency regimes are also used in consumer protection, think product labels, or in environmental regulation, think CO2 emissions. As I mentioned, many U.S. states now require operators to disclose the substances used in their fracturing fluids. When we came across this new rule, we were interested in studying whether such a rule would have an impact on operator practices. We were wondering whether mandatory disclosures for fracturing fluids made the practice cleaner and could reduce potential contamination. But to do that we needed to compare the environmental impact before and after the new disclosure rule. This is why we started collecting surface water data and started analyzing changes in surface water quality around new wells. We noticed some strong associations and also discovered that the scientific literature had not yet established these associations. So, we decided to first study the link between new hydraulic fracturing wells and surface water quality.

What’s the next step in your research?

We will focus on our disclosure study—that being, whether disclosure of the substances in fracking fluids is making hydraulic fracturing cleaner. But we also have ideas for how our approach of establishing statistical baselines for salt concentrations could be used to study spills and perhaps even detect spills in real time.