The Energy Policy Institute at the University of Chicago (EPIC) is pleased to welcome former U.S. Congressman Carlos Curbelo (R-FL) and Heather McTeer Toney, the regional administrator for the U.S. Environmental Protection Agency’s Southeast Region under President Barack Obama, as the 2021-2022 Visiting Fellows in Policy Practice. Curbelo and McTeer Toney will share their perspectives and expertise in a series of events, workshops, and public discussions, as well as serve as resources for students and the Institute.

“We are thrilled and honored to welcome Carlos and Heather, who are national leaders around climate, energy and environmental policies,” says Michael Greenstone, director of EPIC and the Milton Friedman Distinguished Service Professor in Economics. “As policy fellows they will help us bridge the divide between research and policy. Their expertise will be an invaluable complement to EPIC’s ongoing research into the ways that the government can and should balance the need to confront climate change while ensuring that energy remains affordable and that costs don’t continue to fall disproportionately on communities of color and the economically vulnerable. We are looking forward to learning from them and sharing their insights with the larger University of Chicago community.” 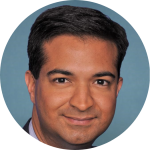 Carlos Curbelo represented Florida’s 26th Congressional District from 2015 to 2019, where he consistently ranked as one of the House’s most bipartisan members for his work to build consensus on challenging policy questions. While in Congress, Curbelo led on climate policy, co-founding and co-chairing the bipartisan Climate Solutions Caucus. In 2017, he was honored by the John F. Kennedy Library Foundation with the New Frontier Award for his work promoting bipartisan cooperation on environmental policy. In 2018, he filed the landmark Market Choice Act, ambitious legislation that would invest nearly a trillion dollars in American infrastructure while reducing greenhouse gas emissions by pricing carbon. Curbelo is now an analyst for NBC News, MSNBC, and Telemundo, and after departing Congress launched Vocero LLC, a communications and public affairs firm.

Prior to his election to the U.S. House of Representatives, Curbelo was the state director for U.S. Senator George LeMieux before serving on the school board for Miami-Dade County, overseeing the fourth largest school district in the country. After attending the University of Miami, he founded and for more than a decade managed a media and public affairs firm, doing work for a wide array of local and international companies as well as political campaigns and policy initiatives.

“Now more than ever, policymakers need unbiased and evidence-based analysis to solve climate and energy challenges,” says Curbelo. “EPIC and the University of Chicago are leaders in bringing data-driven analysis to the forefront to inform sensible, practical solutions to critical policy problems. I’m excited to join their efforts and share my insights gained from working in Congress to continue making a real impact on policy debates.” 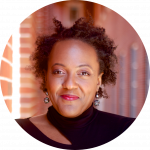 Heather McTeer Toney is the climate justice liaison for the Environmental Defense Fund and a senior advisor for Moms Clean Air Force, two affiliated organizations that represent more than 3 million climate and environment allies committed to fighting climate change and protecting children from the dangers of air pollution. In 2014, she was appointed by President Barack Obama to serve as regional administrator for the Environmental Protection Agency’s (EPA) Southeast Region, where she served until 2017. There, McTeer Toney was responsible for protecting public health and the environment in Alabama, Florida, Georgia, Kentucky, North Carolina, Mississippi, South Carolina and Tennessee, as well as six federally recognized tribes; making the region the most populated and diverse of the ten EPA regions.

Prior to serving in the EPA, McTeer Toney was the first African-American, first female and youngest mayor of Greenville, Mississippi. She is an expert on environmental and climate justice with SheSource, a publication of the Women’s Media Center and is often called upon to train officials on equity in leadership, environment and climate. She has been featured as one of the “50 Most Remarkable Women in the World” by Essence; “Top Politician” in Marie Claire’s annual “Women On Top” awards; “Top 40 Lawyers Under 40” by the National Bar Association; and as one of the “Black Women In Politics That Rock!” by Black Entertainment Television.  McTeer Toney has appeared on numerous news outlets and has written for publications including New York Times and the Washington Post.  Most recently, Heather was one of the essayist featured in the breakout climate book of 2020, “All We Can Save,” essays from women at the forefront of the climate movement.

“EPIC and the University of Chicago share a history and mission of bringing research and data to bear on the greatest challenges of our times, and climate and environment issues certainly rank among them,” says McTeer Toney, who was a Spring 2021 Pritzker Fellow for the University of Chicago Institute of Politics. “I am delighted to be back at UChicago to explore the ways that research can inform policies to help all Americans join in the solutions to these critical challenges.”

Learn more about the program and past fellows