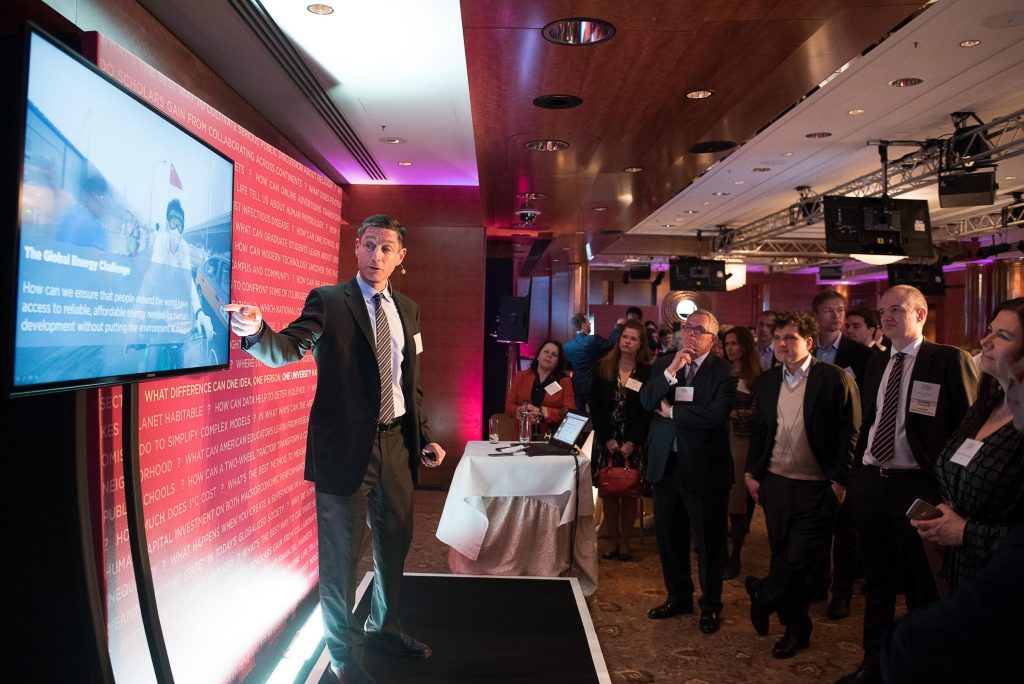 Prof. Michael Greenstone is no stranger to the University of Chicago: A third-generation faculty member, Greenstone’s grandmother was a psychology professor, his father was chair of political science, and his mother received her bachelor’s, master’s, and PhD from the University. Those deep UChicago roots have influenced Greenstone’s career and steer his work today.

“While my grandmother and father were researchers, my mother became a social worker, and emphasized the importance of social justice. I think, at some level, my career has been an effort to combine those two things—trying to have a positive impact in the real world that is based on the most cutting-edge research,” says Greenstone, Lab’87, the Milton Friedman Professor in Economics, the College and the Harris School of Public Policy.

As a former White House economic advisor who helped shape the Obama administration’s energy and environmental policy, Greenstone witnessed a disconnect between policymakers and researchers. “Producing data and analysis is not enough,” he says.

Translating robust research into real-world impacts has become an organizing mission for Greenstone as director of the Energy Policy Institute at the University of Chicago, which focuses on confronting a wide range of energy and environmental challenges. It’s also part of the organizing mission behind the University of Chicago Urban Labs, for which Greenstone directs the energy and environment work. It’s also been a driving force behind his own research…