The Delhi Cabinet on Saturday cleared a proposal to carry our a mass awareness campaign on the effects of air pollution and measures taken to combat the menace.

In a statement, the Cabinet said that there has been a concerted effort by all agencies and governments at different levels to bring down pollution in the national capital with the help of campaigns such as steps to tackle stubble burning, odd-even road rationing scheme and so on.

The state government has approved an expenditure of Rs 36 crore from the Budget of the Directorate of Information and Publicity (DIP) towards the mass awareness campaigns mentions to tackle air pollution.

“Research by Energy Policy Institute of the University of Chicago (EPIC) in slums of Delhi has shown that mask usage goes up substantially if masks are distributed free of cost. However, their usage is often low – despite free distribution – because of lack of awareness about masks,” the statement said.

“The EPIC study showed that mask usage went up substantially when accompanied by an awareness campaign that de-stigmatised the use of masks. So even when it comes to taking measures for health and safety of citizens, it is essential to build an active public awareness campaign,” added the statement. 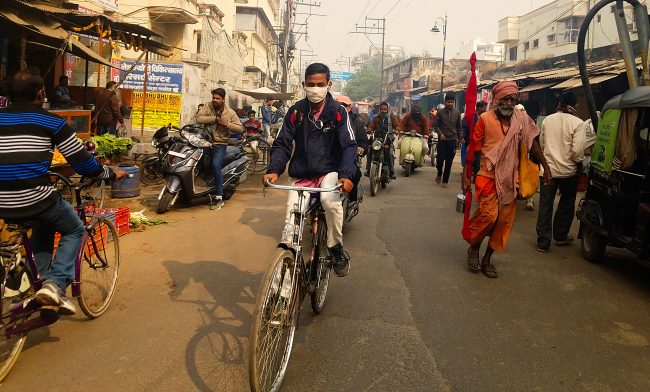