As patients with COVID-19 crowd hospitals throughout the world, the pandemic is exposing weaknesses in the healthcare systems of many countries. Will governments learn from these failings and make improvements in the years to come? And, if they do, what far-reaching benefits could those improvements have? Hong Kong offers answers to both questions. A study of Hong Kong before and after the 2003 SARS epidemic finds that cardio-respiratory deaths caused by heavy air pollution dropped significantly after the epidemic, even as pollution levels remained largely unchanged. The authors of the study, in the May issue of the Journal of Environmental Economics and Management, attribute the improvement to major healthcare reforms made in the wake of the SARS crisis.

“It can take a new magnitude of tragedy to expose failings in our healthcare systems, but these moments also shed light on opportunities to improve, having results that can multiply many times over,” says Guojun He, research director at the Energy Policy Institute at the University of Chicago in China (EPIC China) and a professor at the Hong Kong University of Science and Technology.

In 2003, nearly three hundred people in Hong Kong died of the Severe Acute Respiratory Syndrome (SARS) brought on by the emergence of a novel coronavirus. During the SARS epidemic, daily life changed significantly. Most people avoided going outside, and those who did donned a mask. Hospitals became overcrowded and lacked much of what was needed to keep people safe. This experience is eerily familiar to life for billions of people today.

“These improvements in our healthcare system don’t just help in times of epidemics, they help every day, and that’s clear when studying what—in many cities—is an everyday killer: air pollution,” He says. “We were curious how it could be that people living in Hong Kong had the longest life expectancy in the world, and yet air pollution was still a problem here. We discovered that it was because people were getting a better standard of care. They were living through strokes and heart attacks—cardio-respiratory diseases that can kill within an hour—because they were getting to the hospital in time and being treated in revamped facilities.”

As another way to check the importance of high-quality medical service, He and his co-authors further compared the impacts of air pollution on cardio-respiratory deaths that occurred to people living close to hospitals versus those living further away from hospitals, and found those living close to a hospital had a much smaller risk.

The study—the first to show that improving healthcare systems can mitigate the impacts of air pollution—offers a roadmap for cities around the world that are experiencing the rising air pollution that so often accompanies rising incomes. Even in places like Hong Kong, where local governments do not have jurisdiction over the most important sources of local pollution, they can still take steps to mitigate its effects on their people.

“There are many tools governments should use to reduce pollution and the impacts of that pollution on citizens’ health,” He says. “Improving healthcare systems is another tool to add to the arsenal, and one that can deliver far-reaching benefits.” 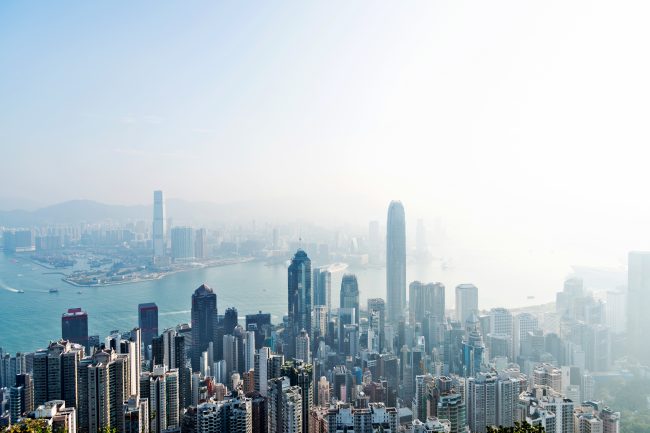 Mitigating the air pollution effect? The remarkable decline in the pollution-mortality relationship in Hong Kong

The unprecedented COVID-19 crisis is touching every aspect of society---the global energy landscape being no exception. At EPIC, our faculty are digging into important questions on how this crisis intersects with energy and our environment.

Michael Greenstone Talks with Jiemian on Climate and Air Pollution