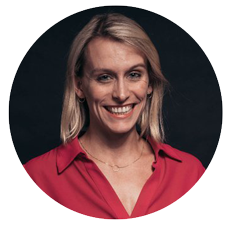 The Energy Policy Institute at the University of Chicago (EPIC) is proud to welcome veteran energy reporter Amy Harder as its inaugural Visiting Fellow in Journalism for the 2018-2019 academic year. Harder, an energy reporter for Axios, will moderate a series of events and share her expertise with students and the broader campus community through workshops and public discussions.

“Amy is a talented reporter who knows the energy landscape through and through,” said EPIC Director Michael Greenstone, the Milton Friedman Professor in Economics, the College, and the Harris School. “She is rare for her combination of energy knowledge, ability to identify what is important, and all-star ability to communicate complex ideas in clear and insightful ways. She will be invaluable to us at EPIC and the University of Chicago and we’re thrilled to have her join our efforts this academic year.”

Harder has been at Axios since April 2017, reporting on energy, environmental and climate change issues in the context of congressional legislation, regulations, lobbying and international policy actions affecting the United States. Harder also writes a regular column, “The Harder Line”, which is a must-read for people interested in domestic and international energy policy. Prior to working for Axios, Harder was an energy reporter for The Wall Street Journal for three years. Before that, she spent nearly seven years at National Journal, the last four-plus years of which she reported on energy and the environment.

“EPIC’s dedication to rigorous data-driven research and analysis is both unique and vital in this age of hyper-polarization around climate, energy and environmental issues,” said Harder. “I look forward to learning from and working with the experts at the University of Chicago and to share this robust research in ways that are relevant for decision makers and the public.”

In her role as a Visiting Fellow in Journalism, Harder will moderate a series of events on the practical realities of the political landscape in energy and environmental policymaking. The first event in this series will be announced this fall. Harder will also be available as a resource for students, researchers and faculty as they seek to better understand the ever-evolving news media.