Continued high emissions of greenhouse gases are projected to lead to a 4°C rise in average annual temperature in India by 2100, with the average number of extremely hot days around the country over 35°C increasing by more than eight times per year from 5.1 (in 2010) to 42.8, shows a new study released at an event at the UChicago Center in Delhi. The study is the first in a series of findings estimating the human and economic costs of climate change and weather shocks in India, conducted by the Climate Impact Lab in collaboration with the Tata Centre for Development at UChicago.

With the number of extremely hot days expected to increase, 16 out of the 36 states and union territories are projected to become hotter than Punjab, which is currently the hottest state in India with an average annual temperature just below 32°C (as of 2010). Punjab is expected to continue to be India’s hottest state in 2100, with the average annual temperature projected to be around 36°C.

Commenting on the findings of the report, Gajendra Singh Shekhawat, Union Jal Shakti Minister, said, “Climate change is upon us. We see that in the form of erratic monsoons, prolonged droughts and heat waves. All these exacerbate several problems that we are already grappling with, including water stress. In the light of new challenges, the government is taking a multi-pronged approach. We are calling for rejuvenation of traditional water bodies, talking about giving incentive to crops that are less water-intensive and also promoting participatory groundwater management—all of which will help build India’s resilience to climate change.”

Michael Greenstone, faculty director at the Tata Centre for Development at UChicago and a co-founder of the Climate Impact Lab said, “These findings make clear that the continued reliance on fossil fuels globally will greatly harm the well-being of Indians in the coming years and decades. They also underscore the need to find innovative adaptation strategies. This global energy challenge that requires countries to balance the need for inexpensive and reliable sources of energy that is critical for growth, while managing climate and air pollution risks is perhaps the defining challenge of our generation.”

“These findings are a reminder that we have to keep making consorted, long-term efforts to build resilience to extreme heat,” said Kamal Kishore, Member, National Management Disaster Authority (NDMA). “Since 2016, when we first published Heat Wave Guidelines, NDMA has been working to improve early warning systems for better preparedness against heat waves at the local level. We are working with all heat prone states in the country to help strengthen their resilience against extreme heat,” he concluded.

Amir Jina, an assistant professor at the Harris Public Policy and member of the Climate Impact Lab, said, “Having already seen 2,500 deaths due to a heat wave in 2015, the future is projected to be even more worrying if India—and the world—does not change course to mitigate the harmful effects of climate change.”

The launch of the report was followed by a panel discussion on the impact of climate change and extreme weather events in India. The panelists included Greenstone and Kishore along with Chandrajit Banerjee, Director General of the Confederation of Indian Industry (CII), and Kunal Kumar, Joint Secretary and Mission Director of Smart Cities at the Ministry of Housing and Urban Affairs. The discussion focused on how climate change could affect India’s economy and urban infrastructure in the future. The panelists called for a coherent strategy on building climate resilience across sectors and communities to limit the threat climate change and extreme weather events pose.

To establish the relationship between extreme heat and mortality, Climate Impact Lab researchers collected the largest data set ever compiled on human mortality around the world, including India. Mortality-temperature relationship estimates were used to generate projections of the future impacts of climate change on mortality rates.

The study looked at two different scenarios for estimating temperature rise, increase in number of extremely hot days and mortality risk. The first scenario (RCP 4.5) is based on the assumption that carbon emissions will peak around 2040, and by 2100, atmospheric CO2 equivalent concentration will reach 540 ppm. The second scenario (RCP 8.5) assumes that emissions will continue to rise throughout the 21st century and atmospheric CO2 equivalent concentration will reach 940 ppm by 2100. According to the U.S. National Oceanic and Atmospheric Administration (NOAA), the global atmospheric CO2 concentration was 410 ppm on January 1, 2019.

The projections in this report represent the first empirically-derived estimate of the impacts of climate change for a single sector of the Indian economy. This is the first in a series of analyses that will apply similar levels of detail to data-driven projections of other sectors of the economy like agriculture and the energy system, which will enable the calculation of the full benefits to India of choosing a path of reduced reliance on fossil fuels.

About Tata Centre for Development at UChicago

The Tata Centre for Development (TCD) at the University of Chicago works to identify novel solutions to India’s most pressing development challenges and ensure that these ideas are translated into outcomes that improve people’s lives. TCD targets research projects that will contribute new, evidence-based solutions to difficult development problems whose insights can affect change in the real world. Representing the joint work of the Tata Trusts and the University of Chicago, TCD asks difficult questions, challenges conventional thinking and creates a new model for impact in India.

The Climate Impact Lab is a collaboration of more than 20 researchers from the Global Policy Laboratory at the University of California, Berkeley, the Energy Policy Institute at the University of Chicago (EPIC), Rhodium Group, Rutgers University, and the London School of Economics. Together, they are linking state-of-the-art climate modeling, economic statistics, and big data analytics to build the world’s most comprehensive body of research quantifying the impacts of climate change around the globe. EPIC provides core financial and administrative support for the Lab. Learn more at impactlab.org. 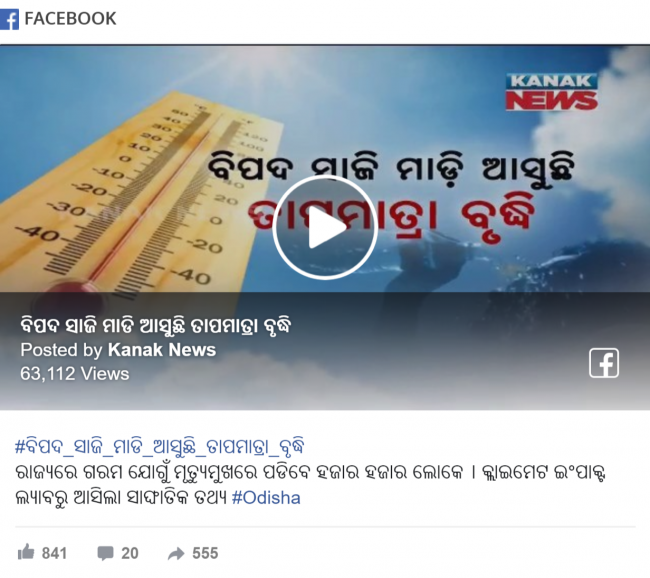 The Climate Impact Lab is building the world’s most comprehensive body of research quantifying the impacts of climate change sector-by-sector, community-by-community, around the world.
Related...