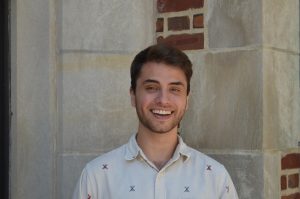 Dylan Hogan was unsure about pursuing academic economics for a career. The introductory courses simply hadn’t excited him early in his time at Brown University.

That changed for good once he took a couple of environmental economics courses, which Hogan said was his first experience with anything empirical and real-world applications of theory.

“From there I knew that something that was empirically-driven and policy-relevant but rooted in core economic theory was something that I was really interested in,” he said. “In the nick of time, I found something in economics that really meant something to me and that I could see myself doing long-term.”

After earning his bachelor’s in applied mathematics and economics from Brown, Hogan somewhat serendipitously discovered a job at the National Economic Research Association (NERA) that “checked all the boxes.” He had been investigating economics research assistantships around the country when he stumbled upon a job posting for NERA’s environmental and energy practice in Boston and jumped at the chance to gain some private-sector experience.

Hogan spent nearly two years at NERA, where he performed client-centered work, such as preparing cost-benefit analyses for power generators choosing between technologies for their cooling towers to comply with Clean Water Act regulations.

A native of Long Island, New York, Hogan didn’t often work with academic researchers while at NERA, but kept up to date on the latest research. One name popped up in the latest environmental economics research over and over: EPIC Director Michael Greenstone.

At EPIC, Hogan works on the mortality sector with the Climate Impact Lab, a multi-organization, multidisciplinary research group co-led by Greenstone that works to calculate the social impacts of climate change. Hogan said he plans to pursue a PhD in economics and one day would like to teach.