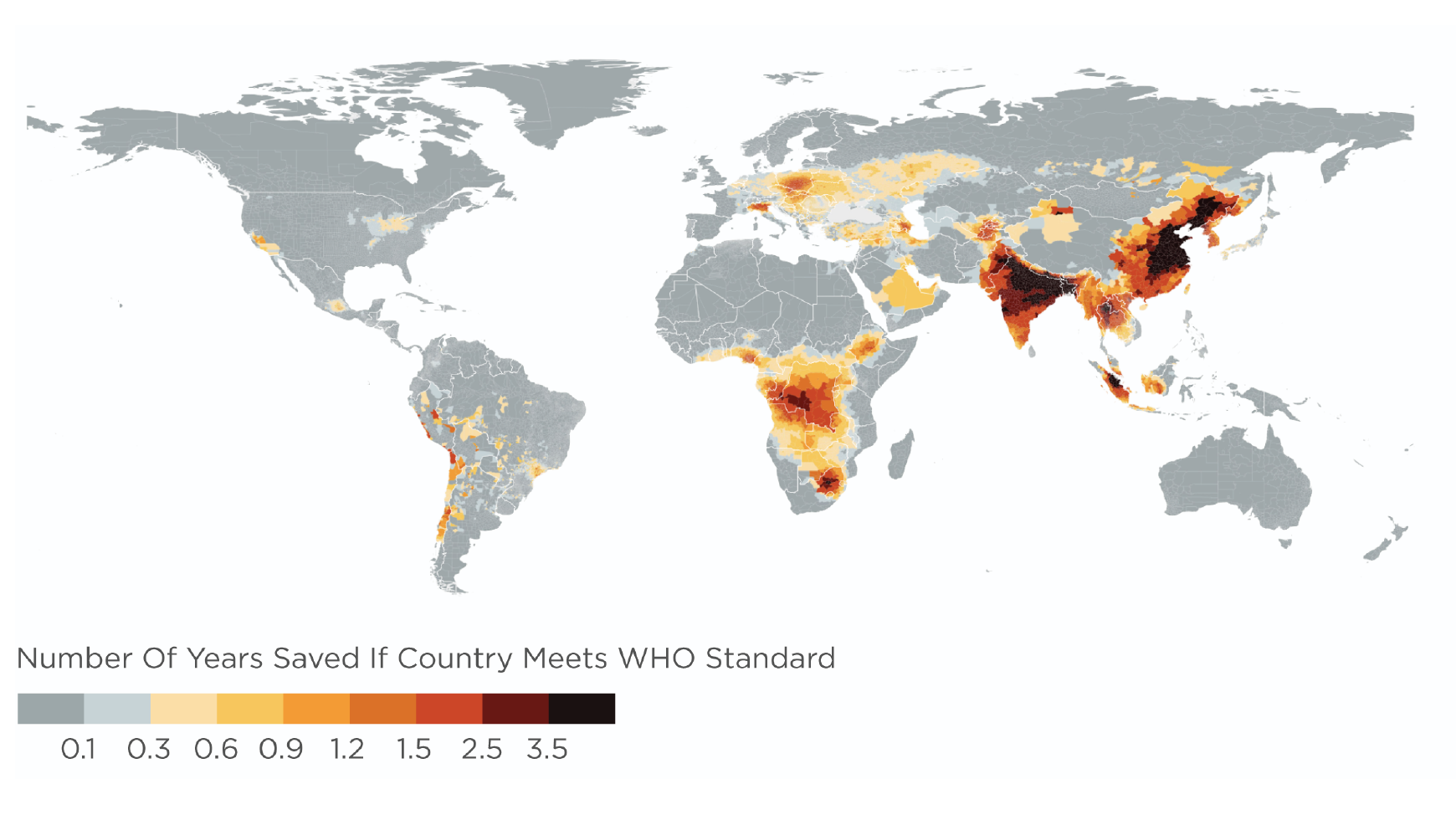 It’s a chart…but a whole lot more! That—along with the fact that air pollution kills more people than AIDS, malaria and tuberculosis combined—landed the Air Quality-Life Index (AQLI)TM as the top EPIC chart of 2017.

The AQLI translates particulate pollution, the deadliest form of air pollution, into its impact on lifespans. So, users can find their country on the map and see how much longer they could live if their government met either national or World Health Organization air quality standards. It complements the frequently used Air Quality Index (AQI), a metric that describes how polluted the air is, but draws no connection to the impact of that pollution on our health.

With an estimated 4.5 billion people around the world exposed to levels of particulates air pollution that are at least twice what the World Health Organization considers safe, the AQLI is a powerful tool to help people understand the consequences of pollution on their lives. In November, when India’s pollution reached record levels, the AQLI was widely used by the news media to put the pollution in relatable terms—demonstrating how, in just a few months, the AQLI has already become a part of the mainstream dialogue on pollution.

What’s next for the AQLI? Introduced in its beta form, EPIC looks forward to expanding the usability, value and public reach of the tool over the coming year. So, look for a significantly expanded version of the AQLI on a more robust and dynamic website to come in 2018. From there, who knows? Maybe someday the AQLI will replace the AQI altogether.