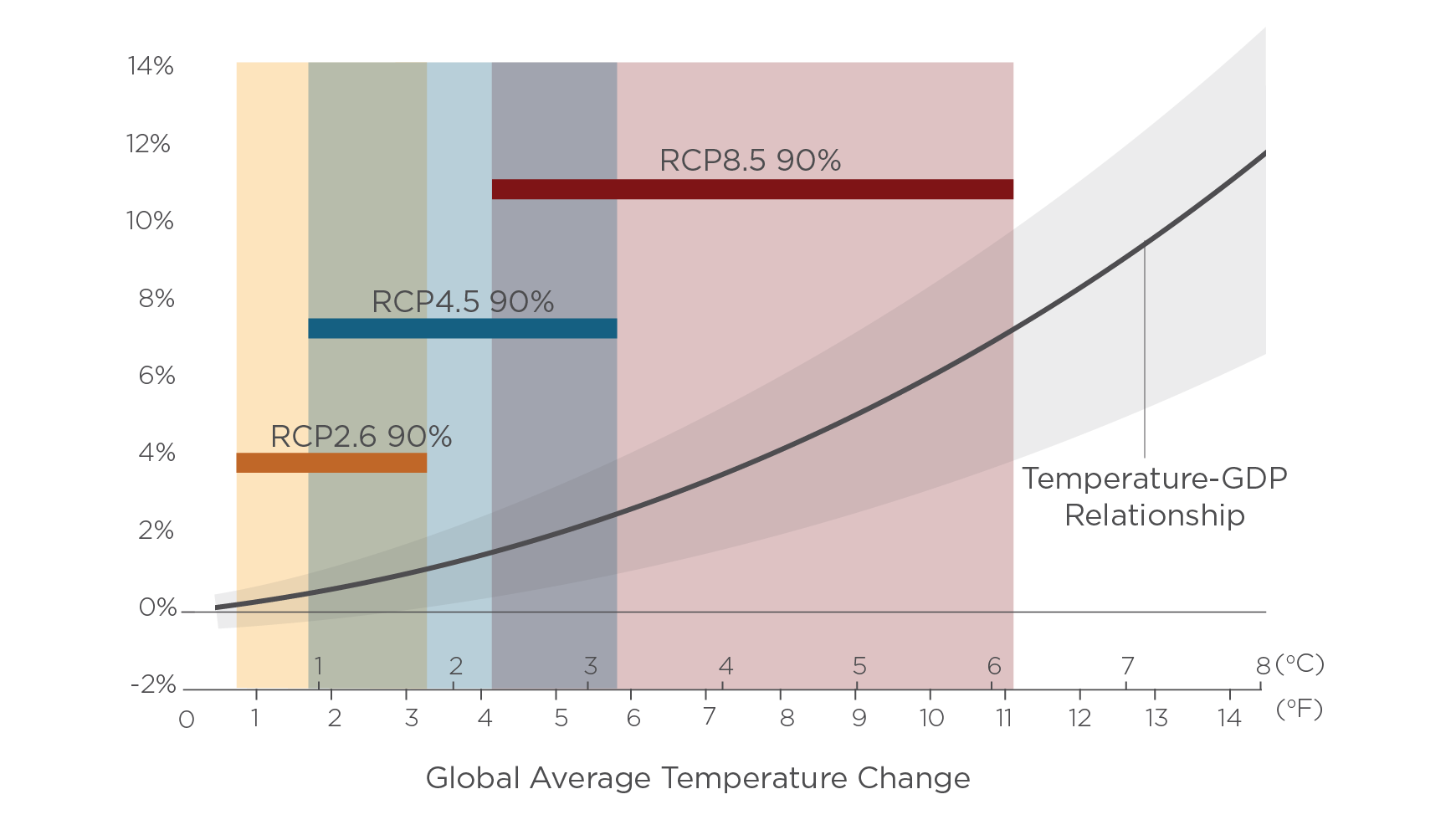 The day after Thanksgiving, the Trump administration released the Fourth National Climate Assessment (NCA4), which detailed the latest estimates of the impact climate change would have on the United States. Media coverage following the release zeroed in on one statistic, which showed that climate change would “knock as much as 10 percent off the size of America’s economy by century’s end.” Critics—the White House included—used the statistic to paint the report as “radical” and “extreme.”

What’s the truth behind the stat? The stat comes from a Science magazine study co-authored by Amir Jina, an assistant professor at the University of Chicago Harris School of Public Policy. As the chart shows, in one sense the 10 percent is an overestimate—representing the estimated damages for warming of 15°F above pre-industrial levels, which is unlikely. If the world adheres to the goals of the Paris Climate Accord, then a more moderate warming scenario would likely play out, with warming of between 2°F to 7°F. Under this outlook, the nation’s GDP would shrink by about one percent to four percent. At the same time, the chart shows how climate change will impact health, labor and agricultural productivity, energy demand, crime and coastal property. These are important, but leave out many other effects that could be as dramatically affected or worse, such as ecosystem loss, changes to water availability, wildfires, migration, and many others. Once all the impacts across the economy are tallied, 10 percent would likely be an underestimate.

Areas of Focus: Climate Change
Definition
Climate Change
Climate change is an urgent global challenge. EPIC research is helping to assess its impacts, quantify its costs, and identify an efficient set of policies to reduce emissions and adapt...
More on this Areas of Focus / Research Theme
, Climate Economics
Definition
Climate Economics
Climate change will affect every sector of the economy, both locally and globally. EPIC research is quantifying these effects to help guide policymakers, businesses, and individuals working to mitigate and...
More on this Areas of Focus / Research Topic
, Climate Change and the U.S. Economic Future
Definition
Climate Change and the U.S. Economic Future
The effects of climate change will be different across the country, with some of the worst impacts falling on already-disadvantaged regions.
More on this U.S. Energy & Climate Roadmap: Policy Insight
Related...