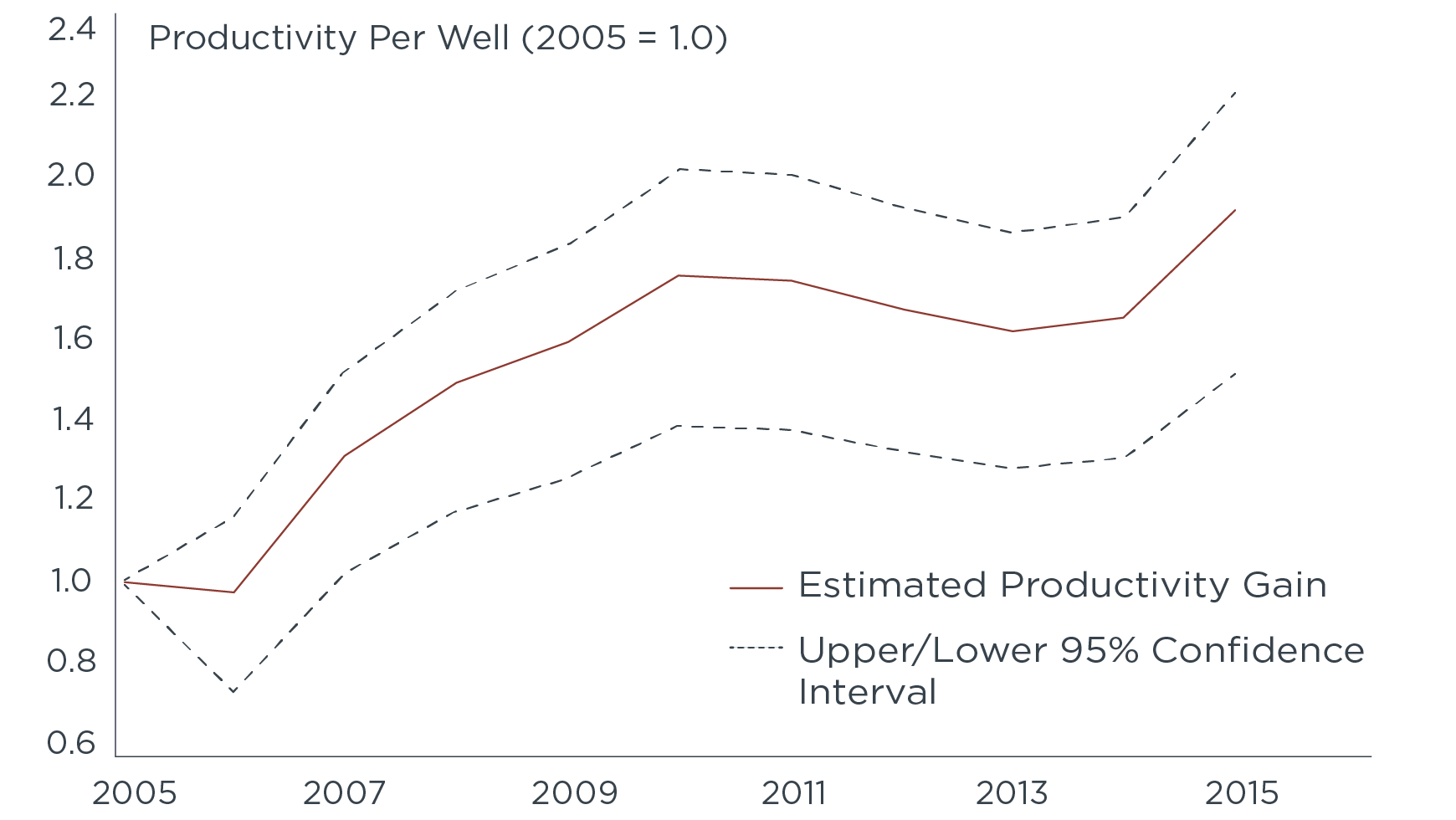 Production per well, relative to the 2005 cohort, net of changes in horizontal length and drilling locations

Oil prices have been on the decline—and not just in 2016. But as global oil prices fell from more than $100 a barrel in July 2014 to less than $30 a barrel at the start of this year, observers expected to see a drop in U.S. shale oil production. Instead, shale production increased.  Why?

One reason is that shale producers are learning how to get greater bang for their buck out of drilling operations. Producers have substantially increased the total oil recovered in a typical well—from about 5% of the original oil in place to more than 12%. BP’s Chief Economist Spencer Dale predicts a 25% recovery factor might even be conservative five years from now.

EPIC’s Thomas Covert has researched the technical progress of hydraulic fracturing in the Bakken Shale of North Dakota and found that this is mostly explained by learning. As shale producers tried more aggressive completion designs, they were able to figure out which designs offered the most oil production per unit of input cost.  Over time, these companies learned better and better well designs, and in the process increased oil production per well by about 90% from 2005 to 2015. Even as oil prices collapsed, wells fracked in 2015 were still about 16% more productive than those in 2014. Importantly, these efficiency gains were across the entire plot, not just the best spots to drill. So even the poor areas for drilling produced more oil because of improved designs.