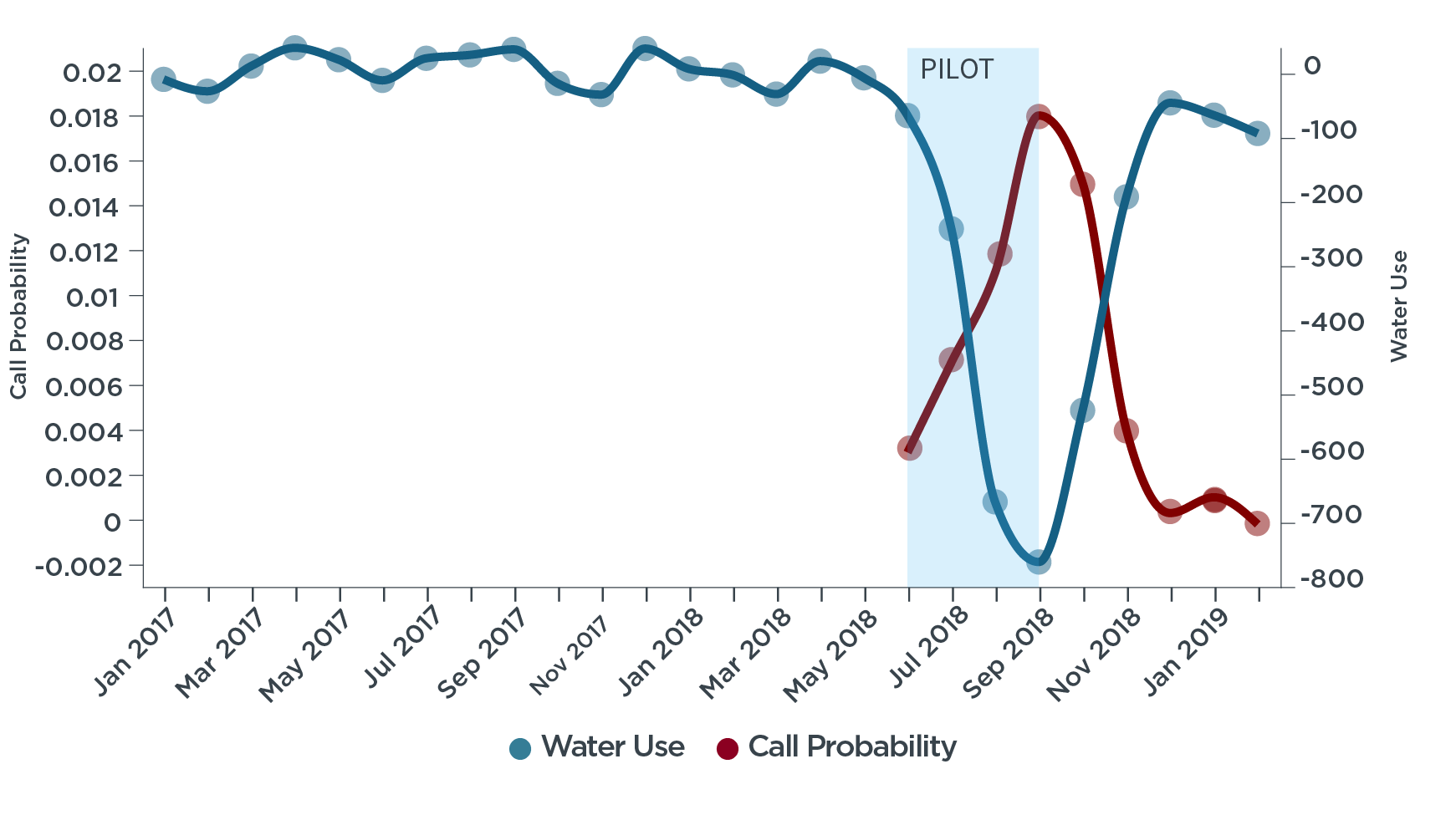 Note: This figure plots the regression-adjusted difference between households in the automated and non-automated group.


As the Western United States faces its worst mega-drought in more than a millennium and the largest reservoirs quickly deplete, there is an urgent need for local leaders to identify effective ways to conserve water in their communities. Fortunately, “smart meters” are easy to deploy and often already in place to measure a household’s water usage. Researchers at EPIC’s affiliated Energy & Environment Lab followed the roll-out of a pilot program using smart meter data to enforce water restrictions in one California city and found the policy did succeed in reducing water use—but perhaps too well.

The city already had the smart meters in place, but was not actively using them. Instead, officials were still detecting violators manually through in-person inspections – employing “water cops” who drove around looking for lawns being watered at prohibited times. The researchers implemented a field experiment that aimed to test whether smart meters could do a better, more efficient job of catching violators and whether improved enforcement of the water use restrictions led to a reduction in water use. The experiment varied the probability and the magnitude of fines imposed for water use violations throughout the city.

After using the smart meter data to identify violations during the summer months, the share of households fined for non-compliance increased from 0.1 percent under the previous system to 14 percent under the system using the smart meter data. When households noticed that they were now getting caught and fined, they were more likely to comply with the water rules, leading to a 17 percent drop in violations and a 3 percent decline in water use over the summer months.

While some residents changed their habits, many others complained. During the three-month pilot policy when many more fines were issued, there was a 1,102 percent increase in customer complaints. The political dissatisfaction from community members ultimately led city officials to end the program. This suggests that policymakers will need to introduce new technologies gradually and careful calibrate community expectations.

Pollution in Beijing is Down by Half Since the Last Olympics