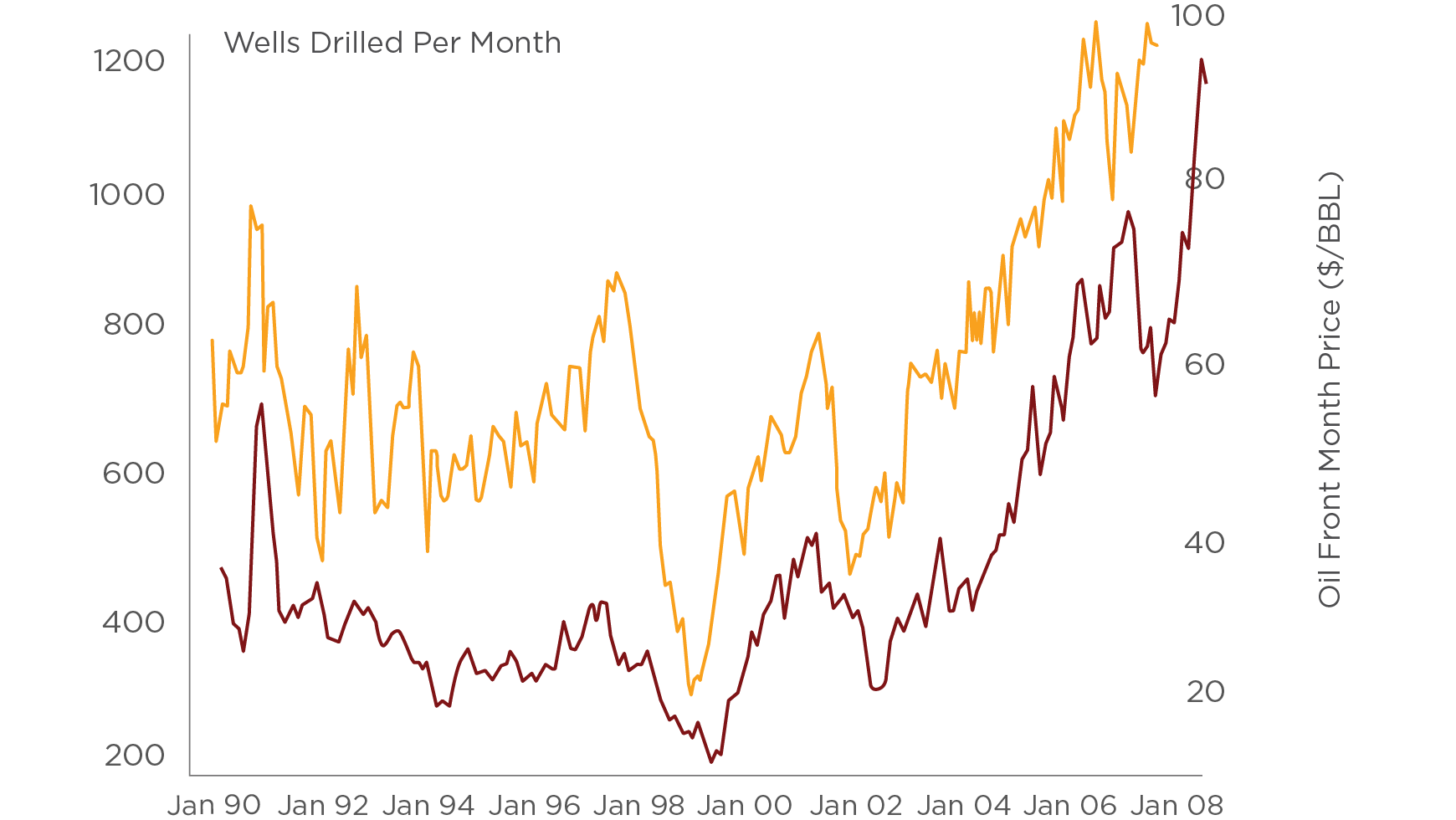 When the global benchmark Brent oil price exceeded $85 a barrel earlier this year, Saudi Arabia rapidly increased its production to avoid further price increases. The oil price has since fallen rapidly, and Saudi Arabia is now considering a large production cut. But what about the United States? Can U.S. oil production quickly respond to changes in global oil prices, allowing the United States to play the role of a swing producer?

Ryan Kellogg, a professor at the University of Chicago Harris School of Public Policy, and his co-authors studied how production responds to crude oil price swings using detailed well data from Texas from 1990 to 2007. They found that production from existing wells declines smoothly as reservoir pressure declines, showing no response to prices.

While bumping up production of existing wells is not an option, new wells could be drilled. As the chart shows, the drilling of these new wells follows oil prices very closely, with a lag of a few months as the new drilling takes place. Oil production from these new wells then follows, but gradually rather than instantaneously.

READ MORE: U.S. Oil Production Can Help Blunt the Impact of Oil Price Shocks, But It Has Limits