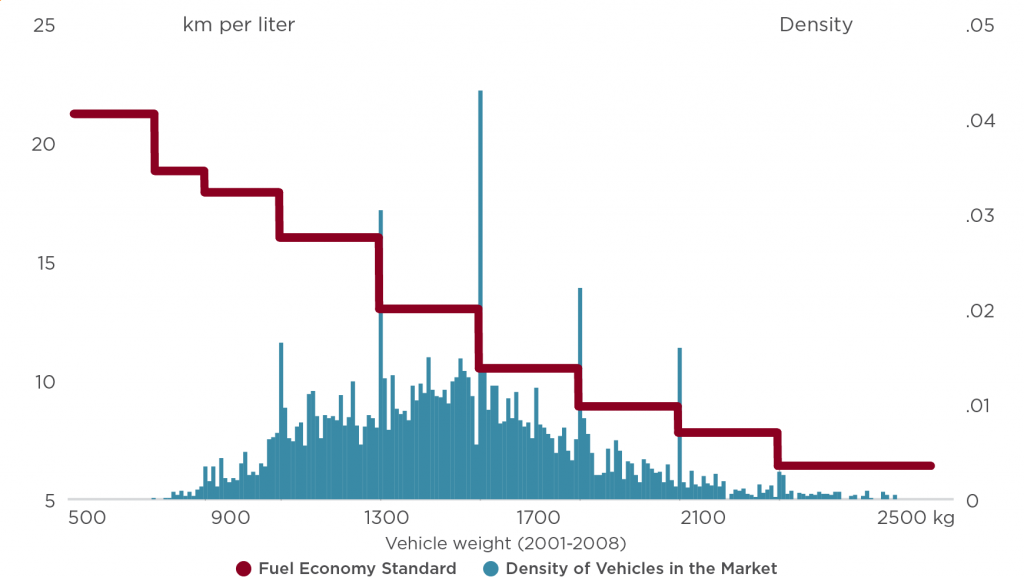 Fuel economy standards are the single most important U.S. policy regulating fuel consumption and emissions in the transportation sector. But the program delivered fuel savings that are more than one-third smaller than projected, in part because of two trends: Americans are driving more light trucks and SUVs than expected (52 percent of the market in 2018 versus a projected 36 percent) and vehicles are getting larger, instead of smaller, as projected. As a result, in 2018 and 2019, transportation emissions were among the highest they’ve been in U.S. history.

U.S. fuel economy standards are ‘attribute-based.’ This means levels are set based on a specific vehicle characteristic—in this case, its footprint, the rectangle formed by the four points where a vehicle’s tires touch the ground. The attribute-based footprint standard is used to sort vehicles into bins with different compliance targets, with larger vehicles facing more modest requirements. What impact does this have?

A study by Harris Public Policy’s Koichiro Ito evaluates a similar attribute-based regulation—weight-based fuel economy standards in Japan. The policy’s bins are shown in the chart. When plotting the weight density of the cars on the market, Ito and his co-authors find that the automakers increase car weight just enough to be able to reach the next weight category with a lower fuel economy target. So, the policy did indeed incentivize automakers to increase the weight of their vehicles.

To discourage automakers from supersizing cars, Ito recommends eliminating the footprint-based attribute. Additionally, there are separate standards for passenger cars and light trucks, incentivizing companies—as with the footprint-based standards—to shift sales from cars to SUVs and pickups. This distinction should be eliminated. Ito also recommends improving the credit trading market by making it more transparent and efficient, and taking several steps to prevent automakers from manipulating their ratings. 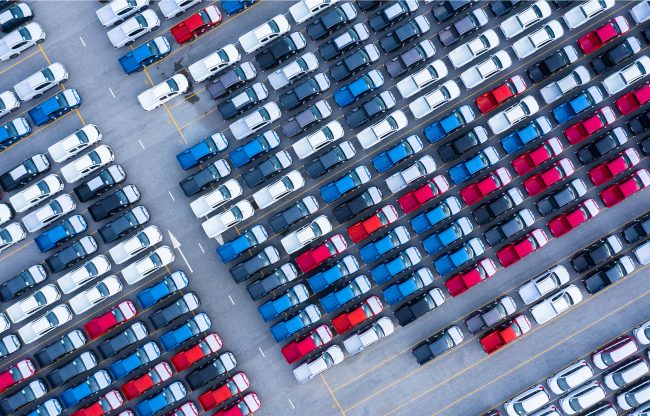 Industry And Environmentalists Can Both Win On Fuel Economy. Here’s How.

What Will The Gas Price Be 5 Or 10 Years From Now? We Have No Idea. What Does That Mean For Transportation Policy?

Gasoline Price Uncertainty and the Design of Fuel Economy Standards