Effects of Moral Suasion And Economic Incentives On Electricity Usage 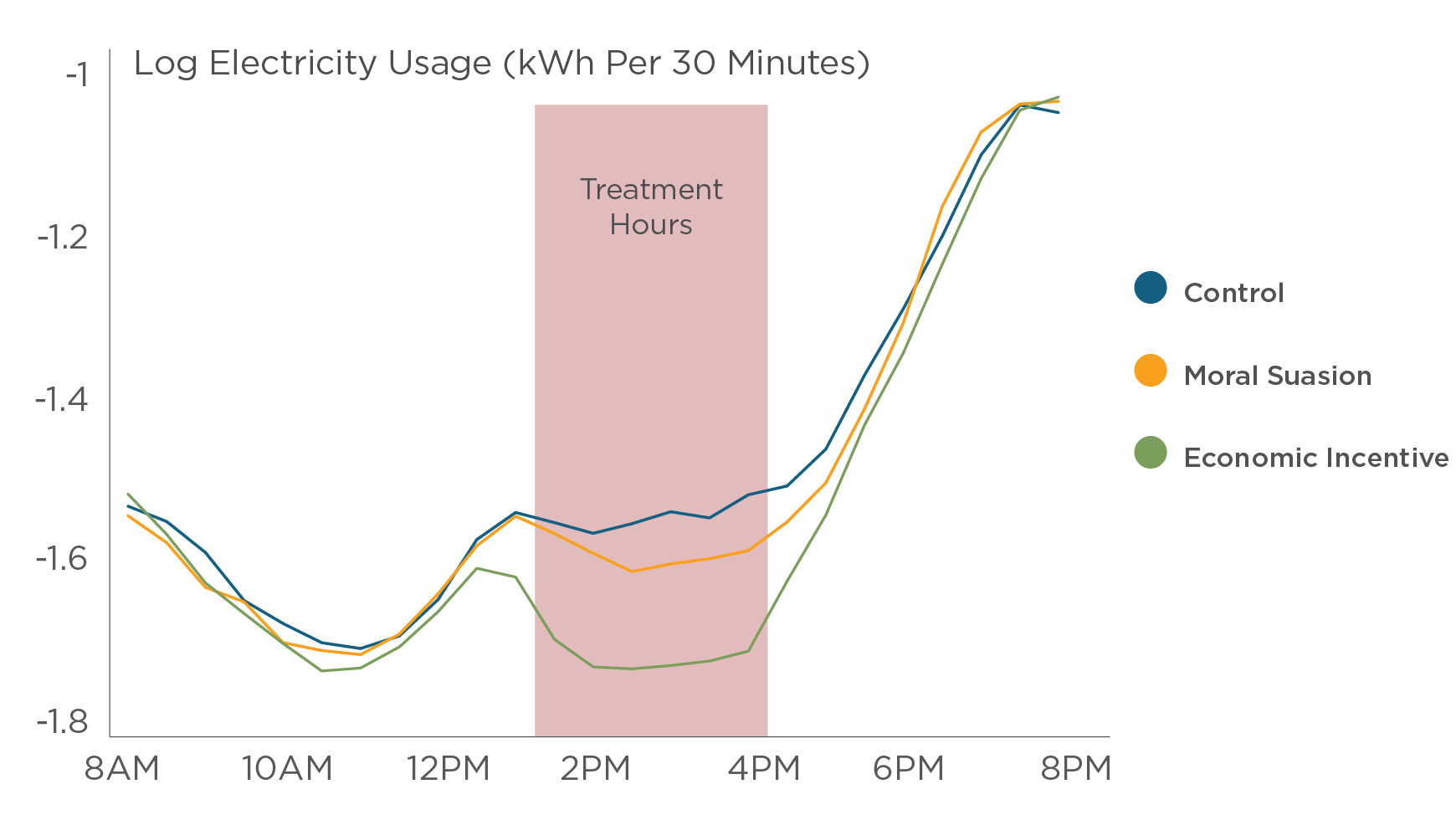 As utilities try to reduce peak load, they may encourage consumers to conserve energy. What’s the best way to do this? A study by Koichiro Ito, an assistant professor at the University of Chicago Harris School of Public Policy, finds that “dynamic” pricing is more effective than moral suasion on its own for changing customer behaviors in the long run.

He and his coauthors conducted a random assignment field experiment across 700 households in Kyoto, Japan. Households were assigned to one of three groups: (1) a control group; (2) a treatment group that received monthly messages requesting them to voluntarily conserve energy during peak-demand hours; and (3) a second treatment group that was instead charged higher prices for electricity use during the same peak hours.
Households that received the messages encouraging conservation reduced their electricity use by 8 percent in the short term, but they quickly resorted back to their usual habits. Those who experienced a hike in the price of electricity during peak hours reduced their electricity use by as much as 17 percent, and the effect is much more sustained over time. So while non-price incentives deliver useful, moderate changes in energy use over a short run, financial incentives are what get people to change their habits and develop new ones.
READ MORE: Want Consumers to Conserve Electricity? Charge Them.
Areas of Focus: Electric Power
Definition
Electric Power
As the electric power system faces new pressures and opportunities, EPIC research is working to identify the mix of policies needed to accelerate the global transition to clean, reliable, affordable...
More on this Areas of Focus / Research Topic

Is Plunging Power Demand Amid Coronavirus a Sign of Things to Come?