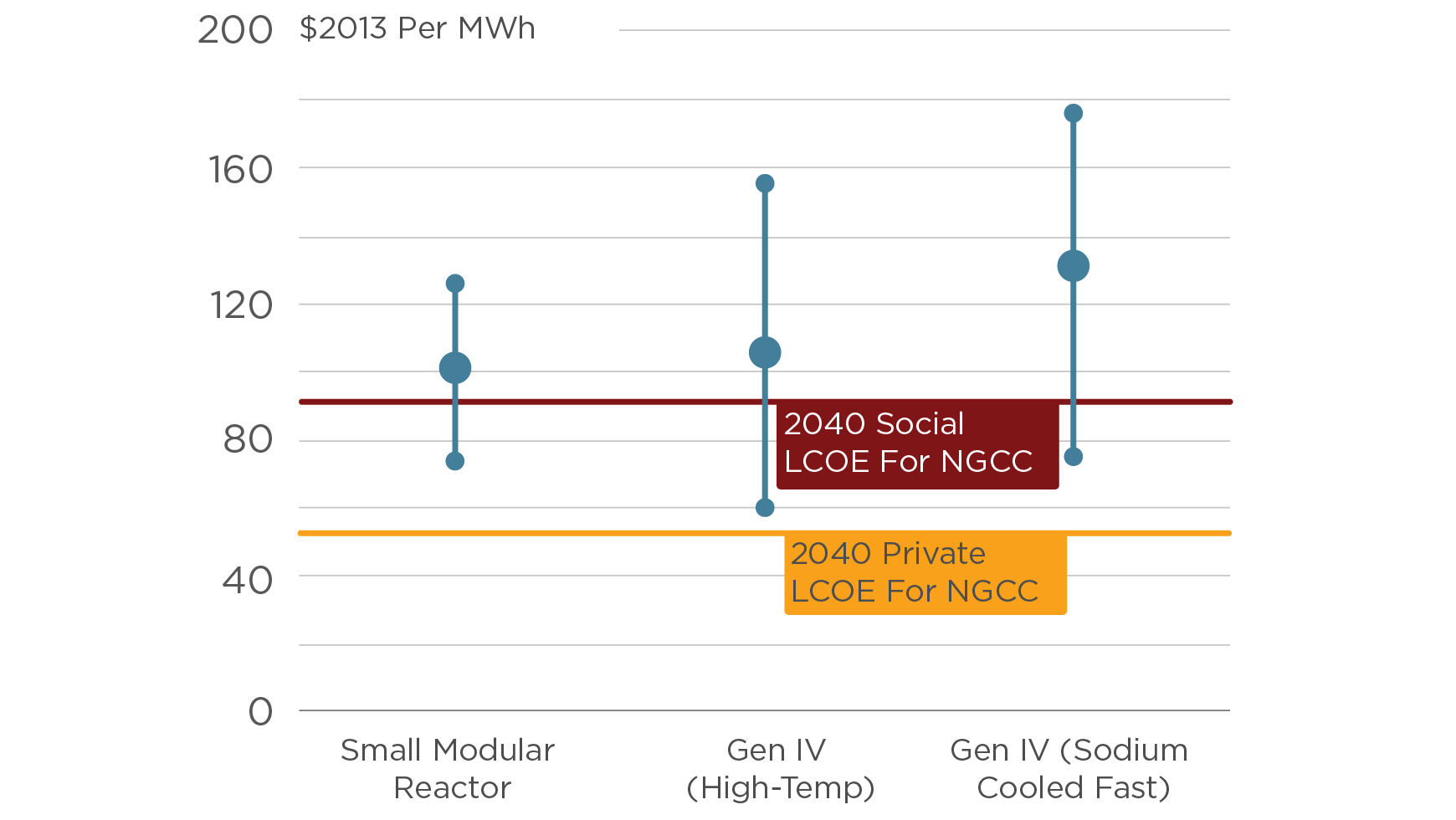 In recent years, slated nuclear plant retirements grab headlines. 2018 was no different, with several announced plant closures. All told, 35 percent of the country’s nuclear power plants are at risk of early closure or slated to retire. Faced with competition from cheap natural gas and increasingly from renewables, nuclear energy is having a hard time competing. And, without a price on carbon, that will likely continue into the future.

EPIC’s Director Michael Greenstone, the Milton Friedman Professor in Economics, laid out the numbers at a conference in Washington, DC jointly hosted by EPIC and the Center for Strategic and International Studies (CSIS) this past May. He calculated the cost per megawatt hour of electricity for a natural gas plant with and without a price on carbon in the year 2040. He then compared that to the projected cost of several emerging nuclear technologies. While the nuclear technologies have a strong chance at competing when a carbon price is in place, they will require significant cost reductions to be competitive in the absence of such a price.

Areas of Focus: Electric Power
Definition
Electric Power
As the electric power system faces new pressures and opportunities, EPIC research is working to identify the mix of policies needed to accelerate the global transition to clean, reliable, affordable...
More on this Areas of Focus / Research Topic

Is Plunging Power Demand Amid Coronavirus a Sign of Things to Come?

Do the Rural Poor Want Solar Microgrids? An Experiment Digs In

Nuclear Energy Could Be Competitive, But It Requires Pricing Carbon

Does Providing Electricity To The Poor Reduce Poverty? Research Suggests Not Quite

FERC in the Trump Administration