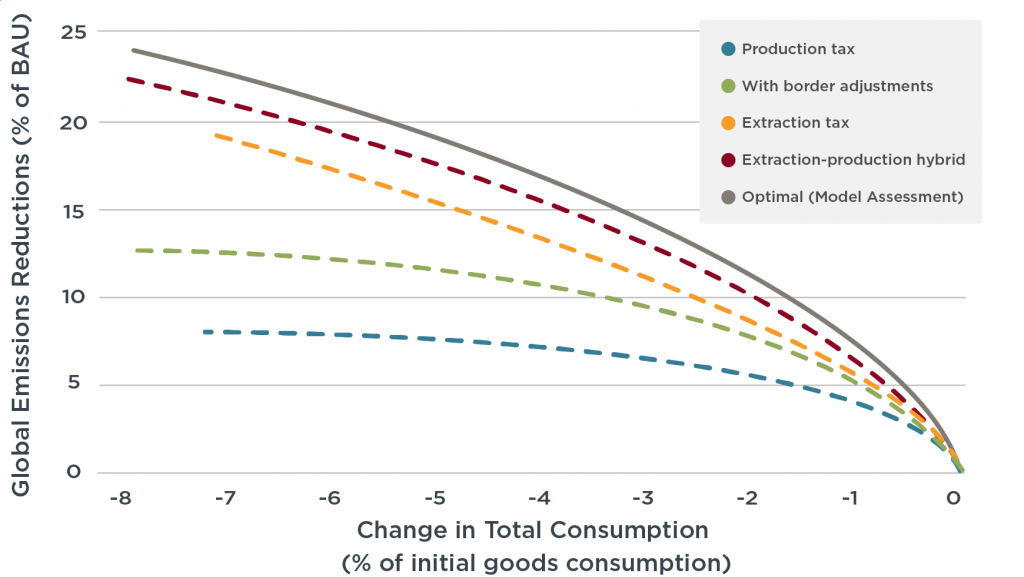 International climate negotiators have been meeting for decades to respond to climate change. The main point of contention has been how to balance emissions reductions with economic growth—and this year was no different. The tension has created a gap between some countries that are willing to set ambitious climate policies and other countries not willing or able to make the sacrifice. As a result, industries, and their emissions, may move to countries with less stringent policies. To confront this challenge, the European Union is considering carbon border adjustments—taxes on imports and rebates on exports. Every major carbon price proposal in the United States includes a similar mechanism. But are these tweaks effective?

A new analysis by UChicago Law’s David Weisbach and Yale University’s Samuel Kortum outlines the optimal climate policy nations could implement to maximize global emissions reductions and minimize economic impacts. They find that such a policy is one that combines taxes on the supply and demand for fossil fuels to control the price of energy in regions without strong policies. This is important because if the price of energy swings low, the cost to produce goods abroad is cheaper, and if it swings high, countries with less stringent policies would be inclined to extract more energy because they would make more money doing so. Combining taxes on the supply and demand allows the effects on the global energy price to be offset. With little impact on the price of energy, trade can continue uninterrupted.

To implement this optimal policy (gray line) would involve 1) imposing a tax on domestic extraction (supply) and 2) combining that with production and consumption taxes (demand) through border adjustments on fossil fuels—taxes on fossil fuel imports and rebates on fossil fuel exports—as well as border adjustments on other imports (according to their energy content). The border adjustments would be at a lower rate than the extraction tax rate. This feature shifts a portion of the tax downstream to production and consumption, but because it is at a lower rate, maintains a portion of the extraction tax. Further, the optimal policy would include a 3) subsidy for exports to ensure that there is still the incentive to produce low-carbon goods, and expanding the export of such goods.

Areas of Focus: Energy Markets
Definition
Energy Markets
Well-functioning markets are essential for providing access to reliable, affordable energy. EPIC research is uncovering the policies, prices and information needed to help energy markets work efficiently.
More on this Research Theme
, Fossil Fuels
Definition
Fossil Fuels
Under current policies, fossil fuels will play an important role in the energy system for the foreseeable future. EPIC research is exploring the costs and benefits of these fuels as...
More on this Areas of Focus / Research Topic
, Climate Change
Definition
Climate Change
Climate change is an urgent global challenge. EPIC research is helping to assess its impacts, quantify its costs, and identify an efficient set of policies to reduce emissions and adapt...
More on this Areas of Focus / Research Theme
, Climate Law & Policy
Definition
Climate Law & Policy
As countries around the world implement policies to confront climate change, EPIC research is calculating which policies will have the most impact for the least cost.
More on this Areas of Focus / Research Topic
, A Solution to the Leakage Problem
Definition
A Solution to the Leakage Problem
A simple, clearly legal, and more effective alternative to border tax adjustments could be to tax domestic extraction along with border adjustments on imports and exports of energy.
More on this U.S. Energy & Climate Roadmap: Policy Insight