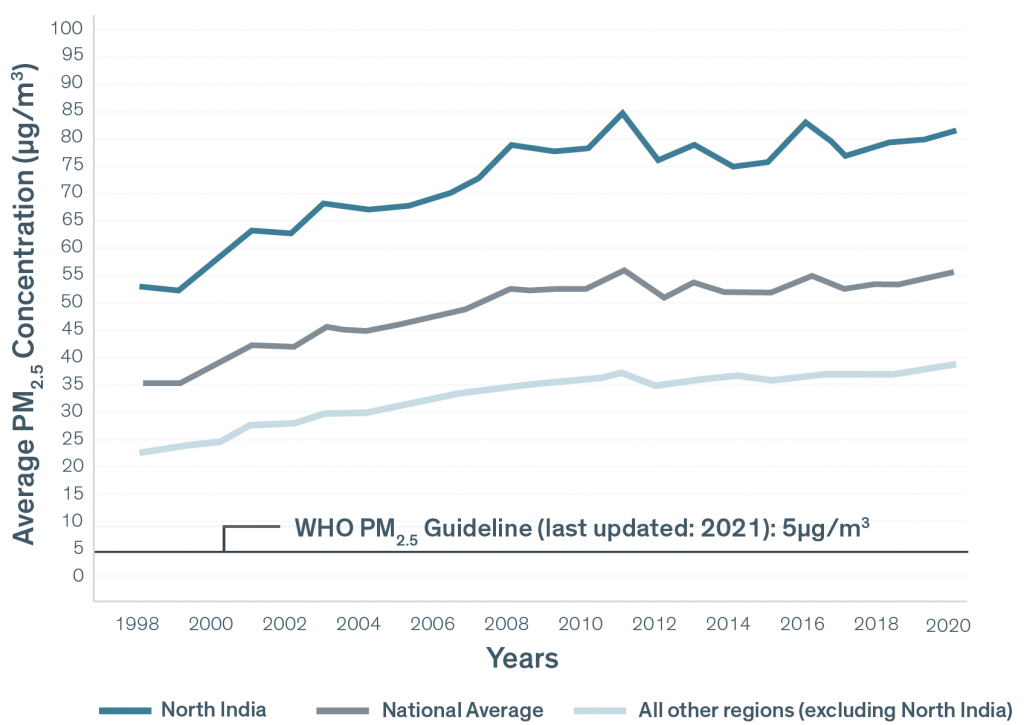 North India, which includes the capital city of Delhi, is the most polluted region of the world. Because of the polluted air they breathe, north India’s 510 million residents are on track to lose 7.6 years off their life expectancy on average if current high levels of pollution persist. While alarming, perhaps even more troubling is the rate at which this pollution is rising—and, the increasing health disparity within India as a result.

Across India, pollution has been on the rise over the last 22 years, with no region escaping that increase. Even when the pollution of north India is excluded, the rest of India is still more polluted than any other country in the world outside of its South Asia neighbors, resulting in its citizens losing 3.3 years of life expectancy if current pollution levels continue. But, that pales in comparison to the 7.6 years cut from the lives of those living in the north.

The disparity between the heavily polluted north and the rest of the country has only grown over time. In 1998, the north experienced 30.5 ug/m3 more pollution than the rest of the country—taking 3 more years off the life expectancy of northern residents compared to everyone else. By 2020, that pollution gap had increased to 43.3 ug/m3—a 42 percent increase in the gap in pollution compared to 1998—cutting an additional 4.3 years off the life expectancy of those in the north compared to other Indians.