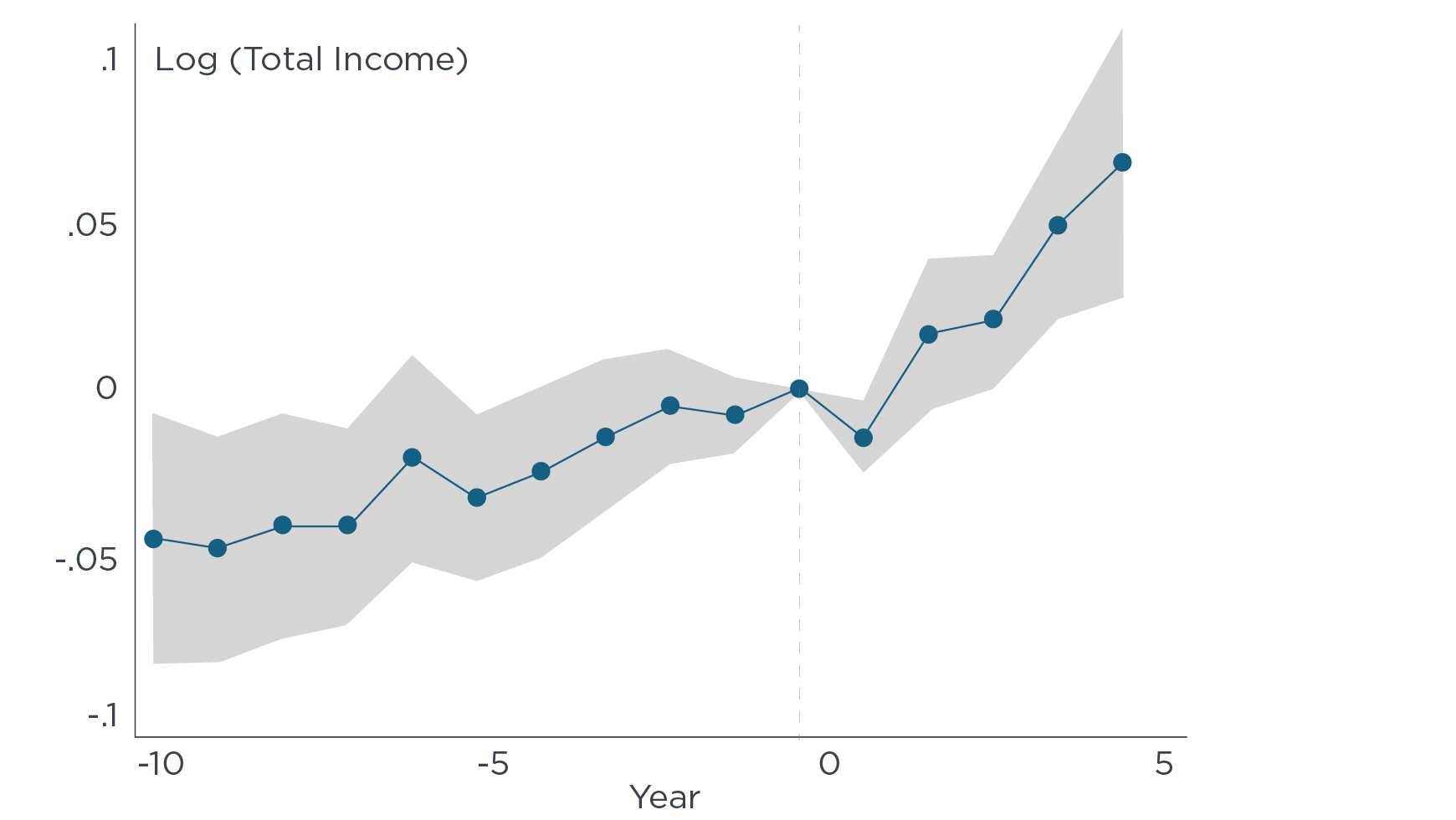 Whether or not to permit hydraulic fracturing has been an important and controversial decision for local leaders throughout the U.S. and the world. Do the economic benefits outweigh the possible social and health risks? A new study has the answer. In the first nationwide evaluation of the comprehensive local impacts of fracing, EPIC’s Michael Greenstone and his co-authors find that when the costs and benefits are added up communities have on average benefited from allowing fracing to take place.

The benefits, which total $1,200 to $1,900 per year for the average household, outweigh costs such as truck traffic, criminal activity, noise and air pollution from drilling activity, and beliefs regarding negative health effects. The benefits include: a 7% increase in average income, driven by increases in wages and other factors such as royalty payments from the drilling to local land owners; a 10% increase in employment, with a 40% increase alone in natural resources and mining jobs; and a 6% increase in housing prices. North Dakota’s Bakken shale and Pennsylvania’s Marcellus shale saw the greatest economic boost. Housing prices increased 23% in the Bakken and 9% in Marcellus.

“All in all, the current data shows that on average the overall benefits to local communities outweigh the costs,” says Greenstone.

Read more in “The Local Economic and Welfare Consequences of Hydraulic Fracturing.“