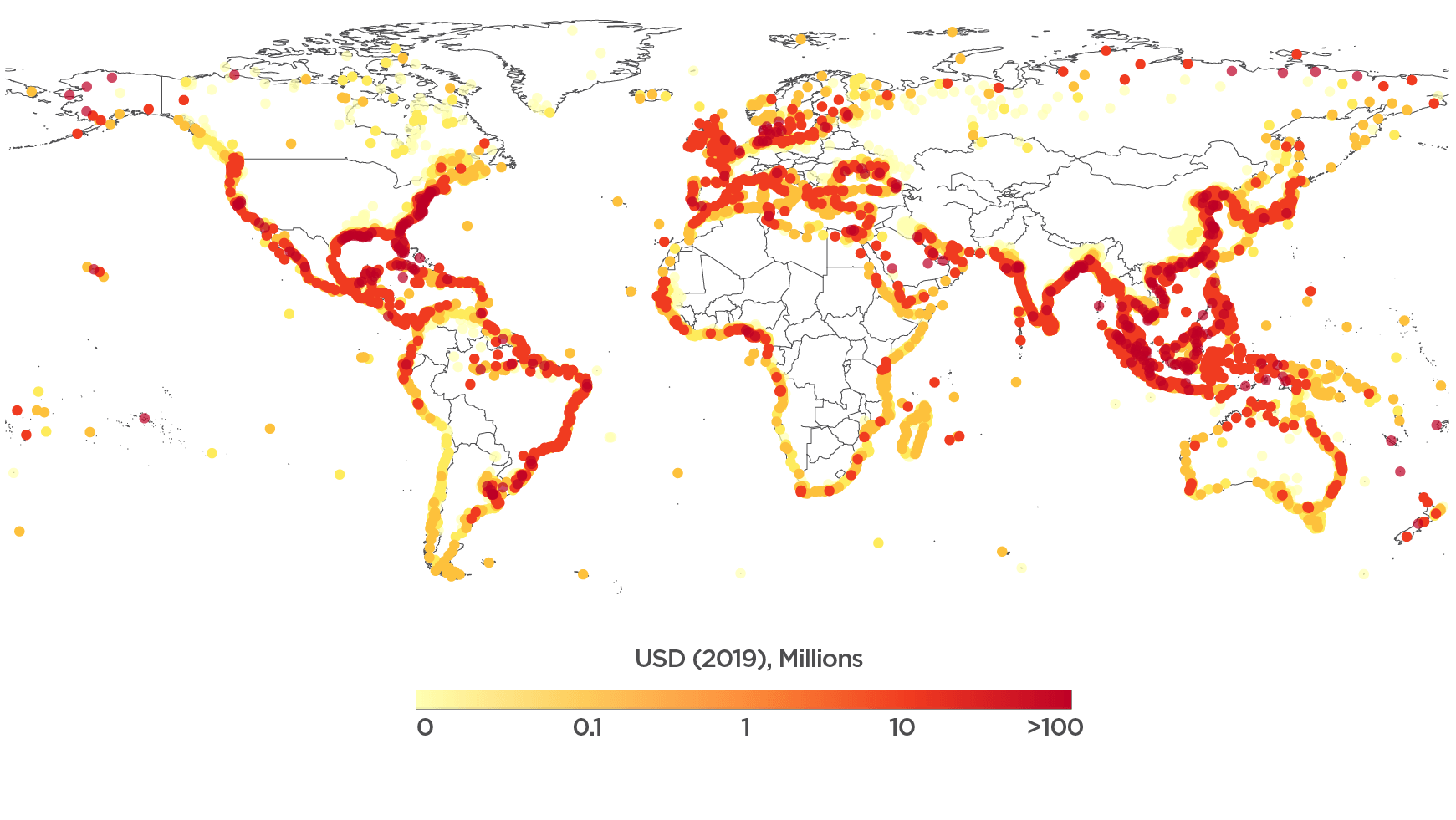 
The devastation caused by Hurricane Ian this year underscores the challenge coastal communities will increasingly face with climate change. While storm surge will be an important factor, “sunny day flooding” during high tides will also increase as sea levels rise. To help communities assess the costs of these future impacts, as well as gain a better understanding of the benefits from efforts to adapt, the Climate Impact Lab created an open-source model of the costs for communities throughout the world.

Under a high emissions scenario (RCP8.5) in which countries fail to meet Paris pledges, and also fail to take steps to adapt to sea level rise, the global economy would face a $2.9 trillion to $3.4 trillion bill per year from sea level rise by the end of the century. But there is much that can be done to prevent this worse-case outcome. For example, communities can prepare by installing sea walls and levees. They can also move away from endangered coastlines. Taking such steps to adapt would reduce costs to $400 billion to $520 billion. Even still, countries can cut those costs in half if the world community meets Paris pledges (RCP4.5), bringing costs down to $180 billion to $200 billion per year.