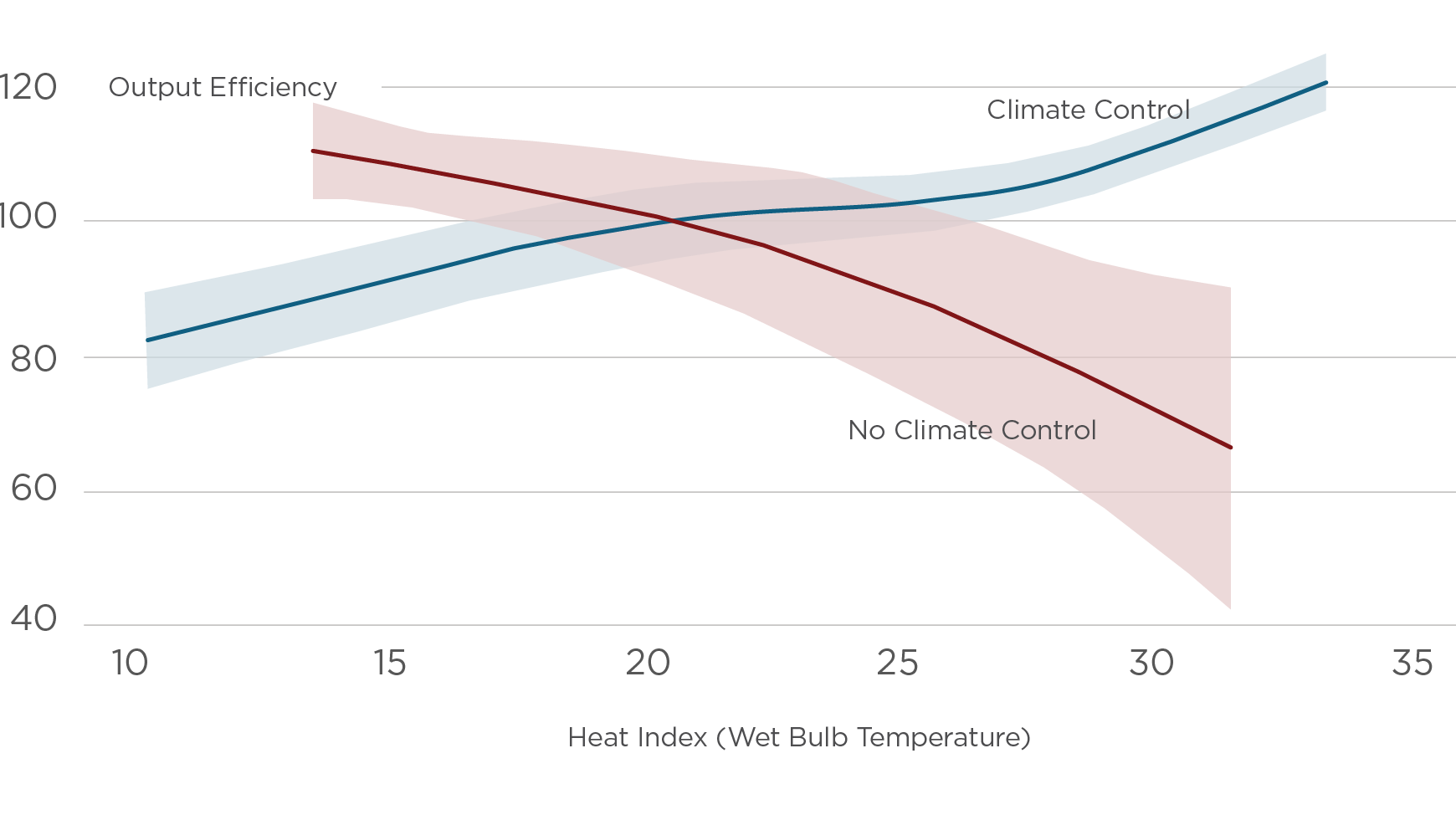 This was another year of record hot temperatures—including in places you wouldn’t expect. Belfast, Ireland; Montreal, Canada; Burlington, Vermont; and Mount Washington, New Hampshire reached temperatures normally experienced in the Middle East or Africa. In the last few years, economists have uncovered an interesting phenomenon: In hotter years, the economic output of countries goes down. Developing countries located in tropical regions get hit the hardest, but everyone suffers. Climate change will exacerbate this effect. Scientists estimate that if nothing is done to reduce greenhouse gas emissions, hotter temperatures could reduce global incomes by an average of 23 percent by 2100.

Why is there such a strong correlation between heat and economic loss? In a study by Anant Sudarshan, an assistant professor at the University of Chicago Harris School of Public Policy, he and his coauthors analyzed the productivity of workers in India, the world’s third largest economy. They found that the productivity of workers engaged in garment manufacturing dropped by as much as 4 percent per degree as temperatures rose above 27° Celsius (80.6° Fahrenheit). Less productive workers mean a less productive business and a less productive economy. However, there are steps businesses and countries can take to blunt the effects. With the plants installed climate control measures, productivity increased.