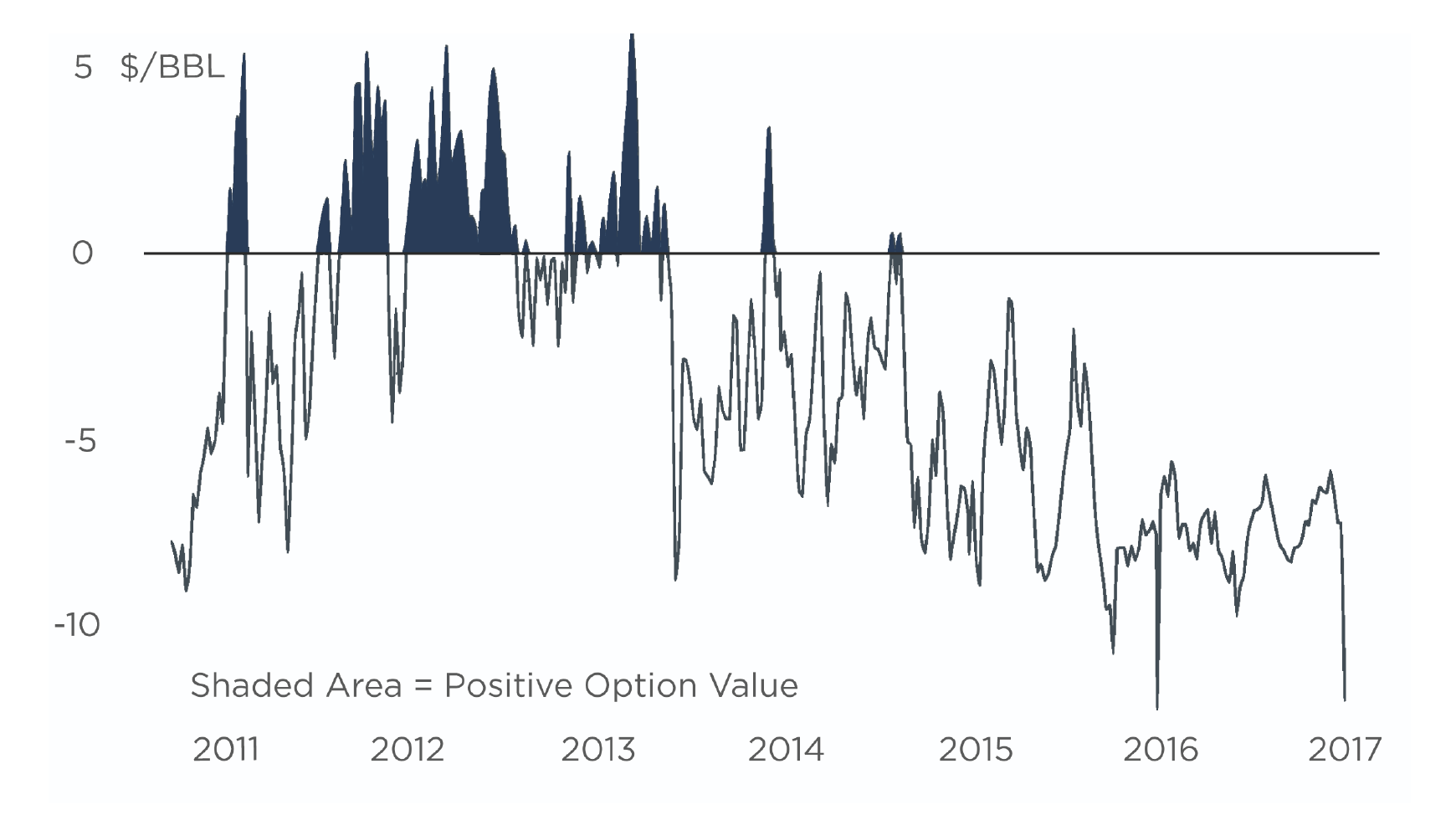 Source: Covert, “Why The Oil Industry Might Prefer Rail To Pipelines In Turbulent Times,” Forbes, July 2017

After three years of planning, nearly $4 billion in capital investment and a year of legal disputes and protests, the Dakota Access Pipeline began transporting crude oil this year. The move came just after President Trump issued the permits for the even-more-contested Keystone XL pipeline. And, it was followed by pipeline investors’ worst fear: a 210,000 gallon pipeline leak. The protests, struggle for approval, and then the leak, highlight the challenges pipelines face. But EPIC’s Thomas Covert and Ryan Kellogg point out another threat: the railroad industry. Although pipelines have historically been safer and more economically efficient than railroads, railroad crude oil shipments can ramp up and down—and ship anywhere—much more flexibly than pipelines could ever hope to achieve. This flexibility is a key advantage in the new U.S. oil production landscape.

Covert, an assistant professor at the Booth School of Business, dug further into the historical trend. From mid-2011 to mid-2012, pipeline bottlenecks caused large differences in prices across locations in the United States. Being able to ship to whatever location had the highest price was worth about $1.80 a barrel, so during a time when the best “local” oil prices averaged $96 per barrel and break even costs averaged $90 per barrel, option value increased per barrel margins by thirty percent.  At the same time, the value of flexibility to refiners was worth more than $5 per barrel.  For both producers and refiners, the value of this flexibility eventually dissipated in 2014, when several Midwestern pipeline expansion projects went into service, eliminating the previously large price differences across locations.

With these price differences gone, rail’s flexibility was no longer needed. But, with a long history of volatile prices, rail’s flexibility will likely return as a source of value for the oil industry in the years to come. That could hurt pipeline investments. Covert and Kellogg, a professor at the Harris School of Public Policy, evaluated how much larger the recently-constructed Dakota Access Pipeline would have been had crude-by-rail been more costly and less flexible. They find that a $1 per barrel increase in the cost of rail would have caused the pipeline’s capacity to be 29,000 to 74,000 barrels per day more than its actual 470,000 barrels per day capacity. Additionally, the ability of crude-by-rail shipments to reach multiple destinations also affects investment incentives. Without this advantage, the capacity of the Dakota Access Pipeline would have been 26,000 to 64,000 barrels per day larger.

READ MORE: Forbes: Why The Oil Industry Might Prefer Rail To Pipelines In Turbulent Times