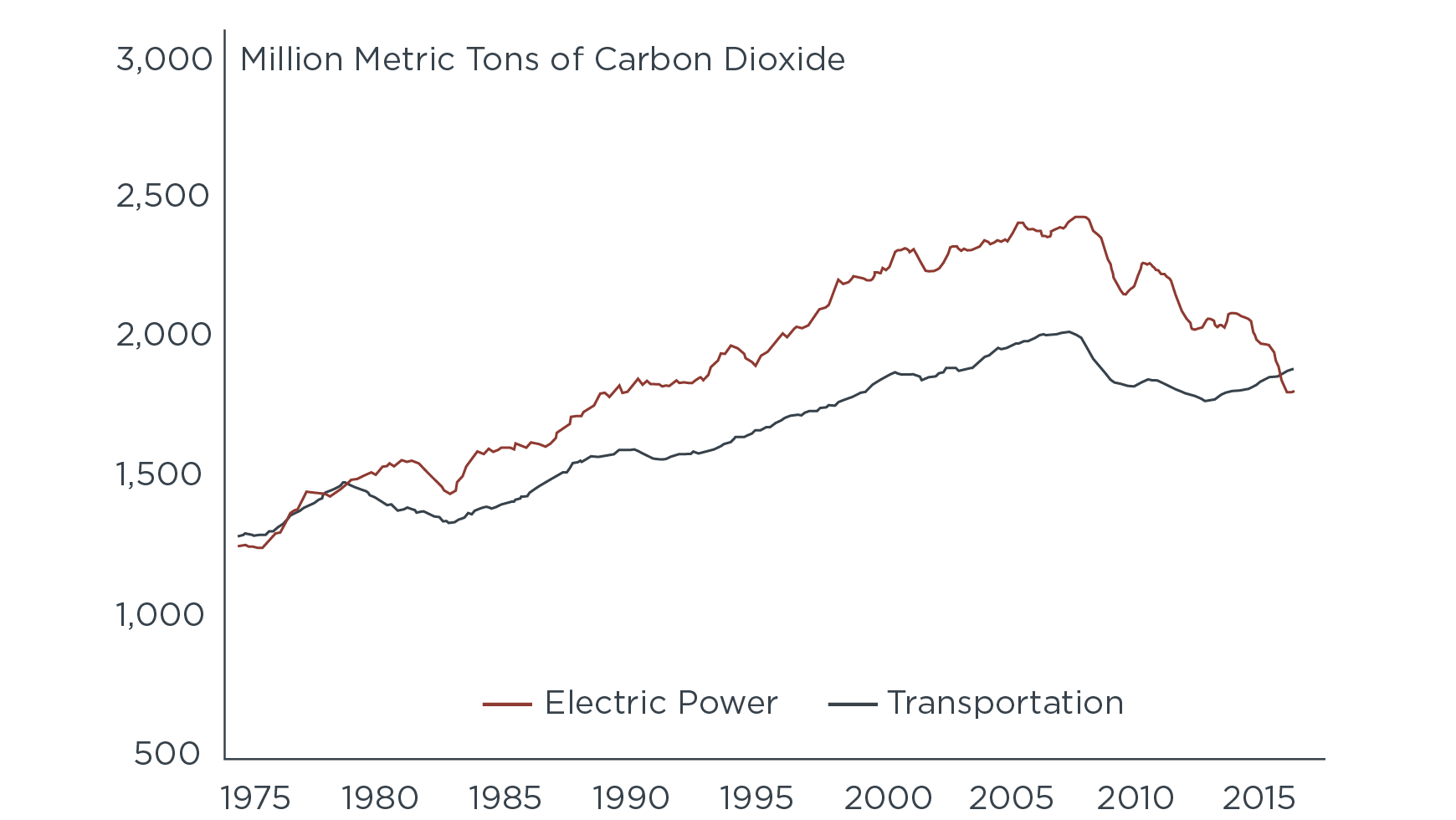 This year, for the first time since 1979, America’s cars, trucks, and airplanes began emitting more carbon dioxide than its power plants. That’s because, over the last decade, the U.S. has made remarkable progress in switching over to cleaner fuels in the electricity sector. We can expect that trend to continue, aided by ever cheaper renewables, new technologies and policies making grids more flexible, and stagnating electricity demand thanks to improvements in energy efficiency.

But power plants are only about one-third of America’s CO2 emissions. Transportation, another third, and tougher to address.  Oil still remains by far the dominant source of fuel and there’s no readily available substitute. And, improvements in vehicle efficiency are now being offset by low oil prices. Americans are driving more, and driving bigger vehicles once again. Even if America’s vehicle fleet undergoes an electric-car revolution, still a possibility, that would still leave air travel and long-haul trucking. They make up about one-third of transport emissions. Clearly, we still have a long way to go in greening our transportation.

Read more in an article by Brad Plumer in Vox, citing a chart by EPIC’s Sam Ori: “Power plants are no longer America’s biggest climate problem. Transportation is.“

Areas of Focus: Transportation
Definition
Transportation
Mobility is central to economic activity. Yet, a lack of fuel diversity and continued demand growth have made the transportation industry a major contributor to global pollution and carbon emissions....
More on this Areas of Focus / Research Topic
, Electric Power
Definition
Electric Power
As the electric power system faces new pressures and opportunities, EPIC research is working to identify the mix of policies needed to accelerate the global transition to clean, reliable, affordable...
More on this Areas of Focus / Research Topic
Related...