Life Expectancy of PM2.5 and Unassociated Causes/Risks of Death, Global 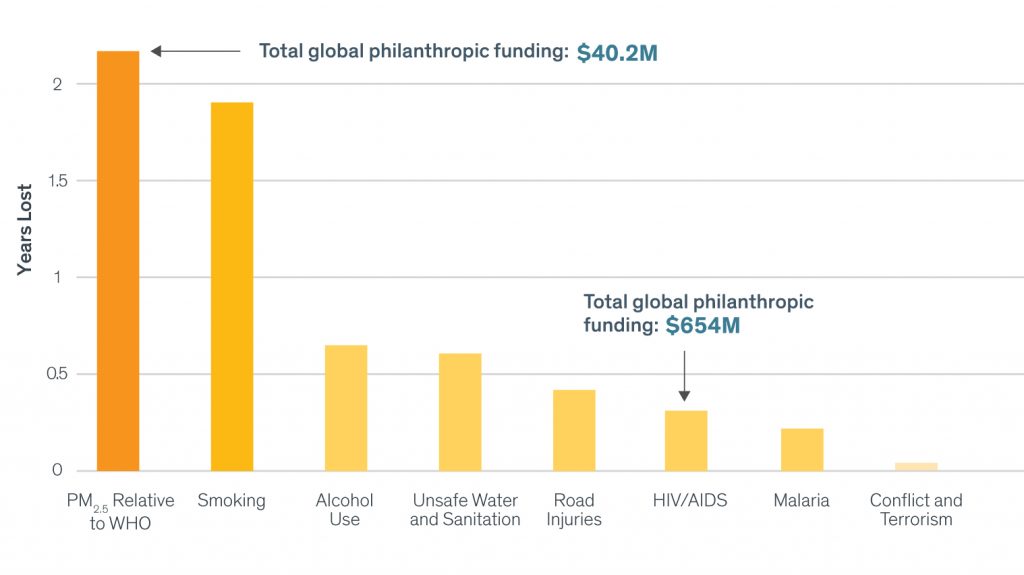 Meanwhile, our investment in tackling air pollution lags far behind the scale of the problem. According to a report by the Clean Air Fund, globally philanthropies invest just $40 million annually. This is in sharp contrast to HIV/AIDS which, after successful efforts instituted over decades, now has a smaller impact on global life expectancy, but still 16 times greater financial support than air pollution. In terms of official international development assistance from governments and international organizations, the chasm is even greater; issues such as HIV/AIDs receive 225 times more funding support than outdoor air pollution ($6.5 billion versus $28.9 million).