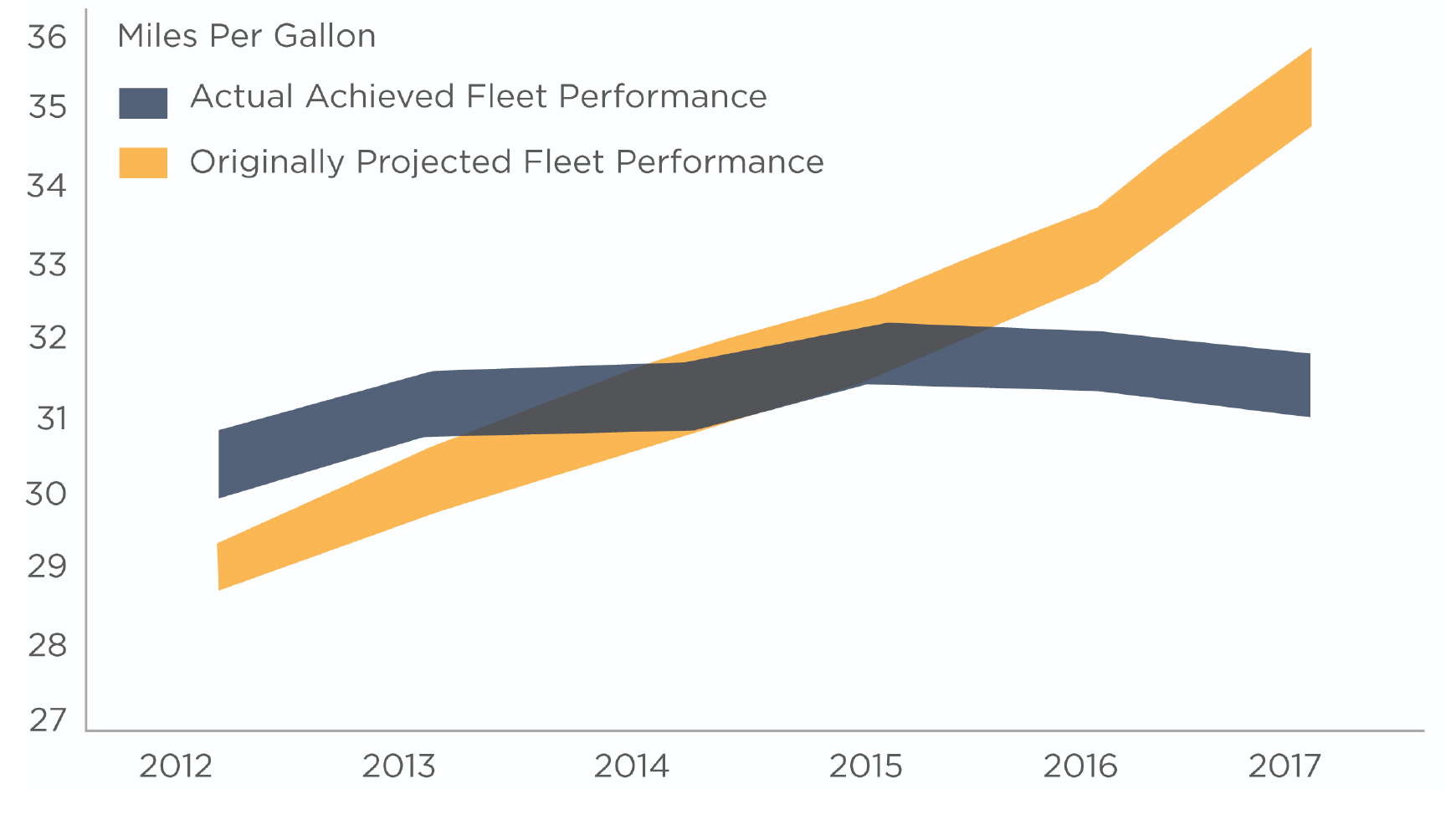 Federal regulators recently announced a review of efficiency standards for new cars and light trucks sold in the United States between 2012 and 2025. The standards, which aim to reduce greenhouse gas emissions by doubling the efficiency of new vehicles sold in 2025 compared to those sold in 2010, were originally projected to save nearly 12 billion barrels of oil over the lifetime of vehicles sold in this period. But five years into the program, a significant gap has emerged between the actual, combined efficiency of vehicles sold and what was expected when the policy was written. Based on data from the Department of Transportation, actual fuel efficiency trailed original government projections by 1.4 miles per gallon in model year 2016, and  the gap could widen to as much as 4 miles per gallon in model year 2017.

Why the divergence between expectations and reality? Oil prices have changed dramatically and Americans’ buying habits have shifted. When regulators made their initial projections, government forecasts suggested that oil prices would keep rising with time, averaging close to $100 per barrel through 2025. These forecasts didn’t anticipate the U.S. shale revolution or the global oil price crash that began in 2014. Regulators had expected that consumer preferences and high fuel prices would drive Americans toward smaller cars and away from pick-ups and SUVs. The opposite has happened.

Fuel economy standards are proving to be both expensive and inefficient. In response, EPIC’s Sam Ori and Michael Greenstone, in collaboration with Cass Sunstein from Harvard University, came up with a solution that introduces a more market-based approach. The new proposal offers an opportunity to achieve more cost-effective and certain fuel savings by removing considerations of vehicle type and size, refocusing on expected lifetime vehicle emissions, and establishing a robust cap-and-trade program.

READ MORE: Study: The Next Generation of Transportation Policy