Particulate matter air pollution is the greatest current threat to human health globally. Its microscopic particles penetrate deep into the lungs and filter into the bloodstream. From there, they can eventually lead to lung disease, cancer, strokes, or heart attacks.

Yet, in spite of these risks, the relationship between particulate matter air pollution levels and human health is not well understood by society at large. The best-known tool linking particulate air pollution exposure and health risk is the popular Air Quality Index, which uses a color-coded system to provide a normative assessment of daily air quality. But these colors do little to convey actual health risk, and are often accompanied by measurements of units that are unfamiliar to almost everyone (e.g., micrograms of pollution per cubic meter).

To better communicate the risks of particulate pollution and gain traction in improving air quality, one must convert the unfamiliar into concrete terms associated with people’s lives. Until recently, that direct link was missing. Research conducted by Michael Greenstone and an international team of researchers over the past several years is changing that.

To quantify the link between long-term exposure to air pollution and human health, Greenstone and his team exploited a unique “natural” experiment in China known as the Huai River Policy. Under this program, first introduced in the 1950s, residents who lived north of China’s Huai River received free, coal-based winter heating. But for residents south of the river, heating was prohibited. Further, the stringent restrictions on migration in this period meant that people’s lifetime exposure could be measured accurately. The research design also allowed Greenstone’s team to isolate the effect of air pollution from other factors that affect health, and to do so at the very high concentrations that prevail in China, India, Thailand, Indonesia, and other countries today.

The research produced two major findings. First, air pollution levels just north of the Huai River were 50 percent higher than those just to the south. Second, residents in Northern China exposed to these pollution levels lived on average 3 years fewer than people in the South—a major finding in health and environmental science and economics.

An early indication of the power of this research came just months after the paper was published, when Chinese policymakers announced their country’s “War on Pollution.”

But China is not the only country with high pollution level. Realizing they had a unique opportunity to leverage this insight to inform people all over the world about the health effects of the air they breathe and to have broad policy impact, Greenstone and the team at EPIC set out to “globalize” the findings of the Huai River research. They did so by combining the relationship between pollution and life-expectancy with satellite-derived, hyper-local particulate matter measurements for the entire world. Together, they resulted in the Air Quality Life Index (AQLI), a first-of-its-kind pollution index that allows users anywhere on Earth to zoom in to their community and understand the effect of the air they breathe on their life expectancy.

From a policy perspective, the AQLI illustrates how air pollution policies can increase life expectancy if pollution levels are reduced to the World Health Organization’s (WHO) safe guideline, to existing national air quality standards, or to user-selected levels. This information can help inform local communities and policymakers about the benefits of air pollution policies in very concrete terms.

“The more we study air pollution, the more we realize the dangers it poses even at low levels. And it hits the young, the elderly and the marginalized the hardest. That’s why the AQLI tool is important. It arms people with the information they need to get motivated, to speak up and to demand action from politicians, policymakers and business leaders so we can all have the chance to breathe easier.”

Since its launch in November 2018, the AQLI has been used by more than 170,000 visitors from every country globally. Fully available in three languages—English, Mandarin and Hindi—and with country-specific analyses of top polluters available in five languages, the AQLI is having an impact around the world.

In 2019 and 2020, Indian Members of Parliament repeatedly used the AQLI to justify changes to the Indian Air Act, forming a clean air coalition at an AQLI awareness event. The AQLI is included in educational kits for students in hundreds of Indian schools. And, the AQLI was used to justify action in a landmark Indonesian court case where the Jakarta government was ultimately found guilty of not doing enough to protect people from air pollution. International organizations and their leaders have also used the Index to support calls for improvements in air quality, including the World Health Organization, World Bank, UN Environment Program and World Economic Forum. Environmentalists Greta Thunberg and Leonardo DiCaprio have supported the work.

The AQLI has received coverage from more than 300 media outlets, reaching more than 1.1 billion people in at least 20 languages. The extensive media coverage has included a custom data visualization in The Washington Post, print and video coverage in The Economist, an exclusive segment on PRI’s The World, television interviews on BBC, NDTV and PBS, and coverage from every major wire service around the globe. Much of this coverage has used the Index’s data to support calls for change everywhere from Fresno, California and Ontario, Canada to Johannesburg, South Africa and Hanoi, Vietnam. In Thailand, one piece used AQLI data to ask a leading electoral candidate to focus on efforts to fix the environment. In India and Indonesia, AQLI data was used to advocate for new electric vehicle policies. And, when the COVID-19 pandemic highlighted air pollution’s role in exposing people to critical underlying conditions, the news media used AQLI data to support the need for cleaner air.

Recognizing the effect the Index has already had, and its potential to do more, Fast Company named the AQLI as a finalist for its 2019 World Changing Ideas Award. This major annual award elevates brave concepts and innovative solutions that make the world better based on their potential for impact. 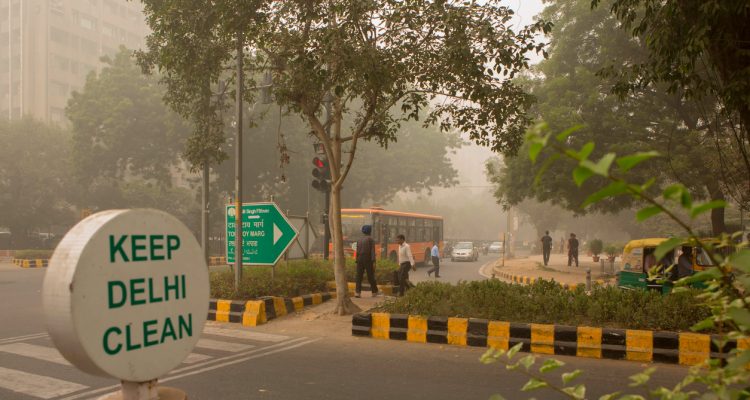 Michael Greenstone and Anant Sudarshan via The Times of India
Insight / Opinion & Analyses•May 20, 2019 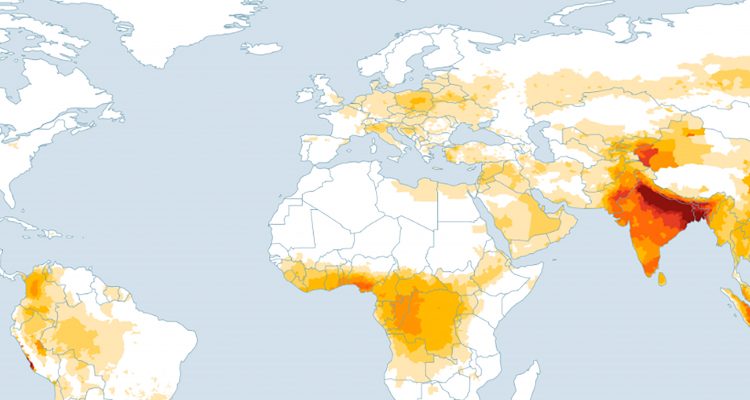 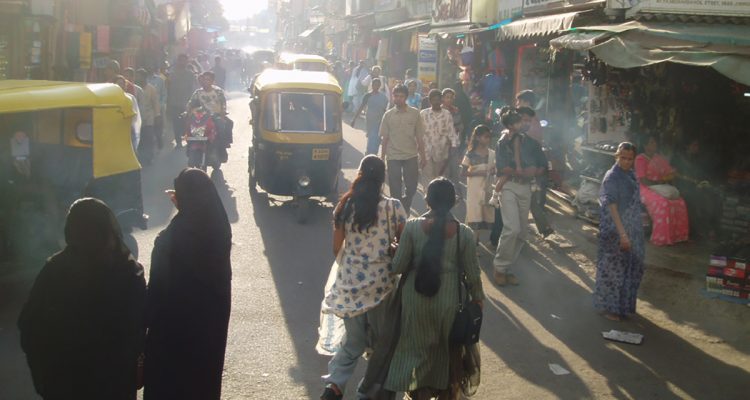