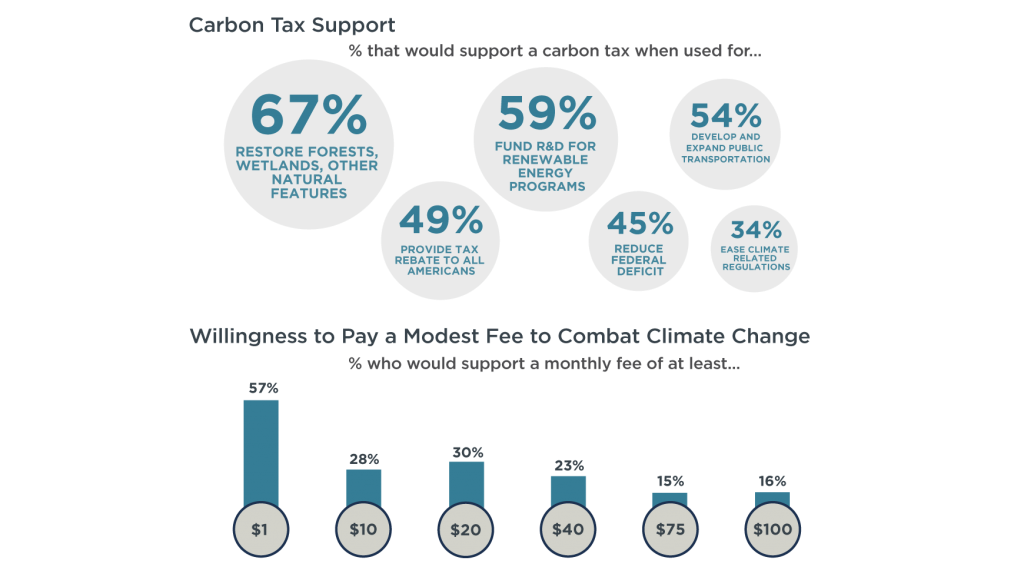 Each year, EPIC partners with The Associated Press-NORC Center for Public Affairs Research to gauge the views of the American people on various energy and environment topics. In our last poll, released in January 2019, EPIC asked those surveyed if they supported a carbon tax. Nearly half of respondents said that they do. Importantly, that baseline level support could increase or decrease significantly depending on how revenue from the tax would be used. Nearly 70 percent of respondents said they would support a tax if the revenue went towards restoring the environment. Fifty-nine percent said they would support a tax if the funding went towards renewable energy research and development. That’s compared to 49 percent who said they would support one if the funds were rebated to households, and 45 percent who support a tax when the revenue would reduce the deficit. These findings appear to run counter to the conventional wisdom about the most politically appealing version of a carbon tax and to recent efforts by the federal government to step back from environmental protection.