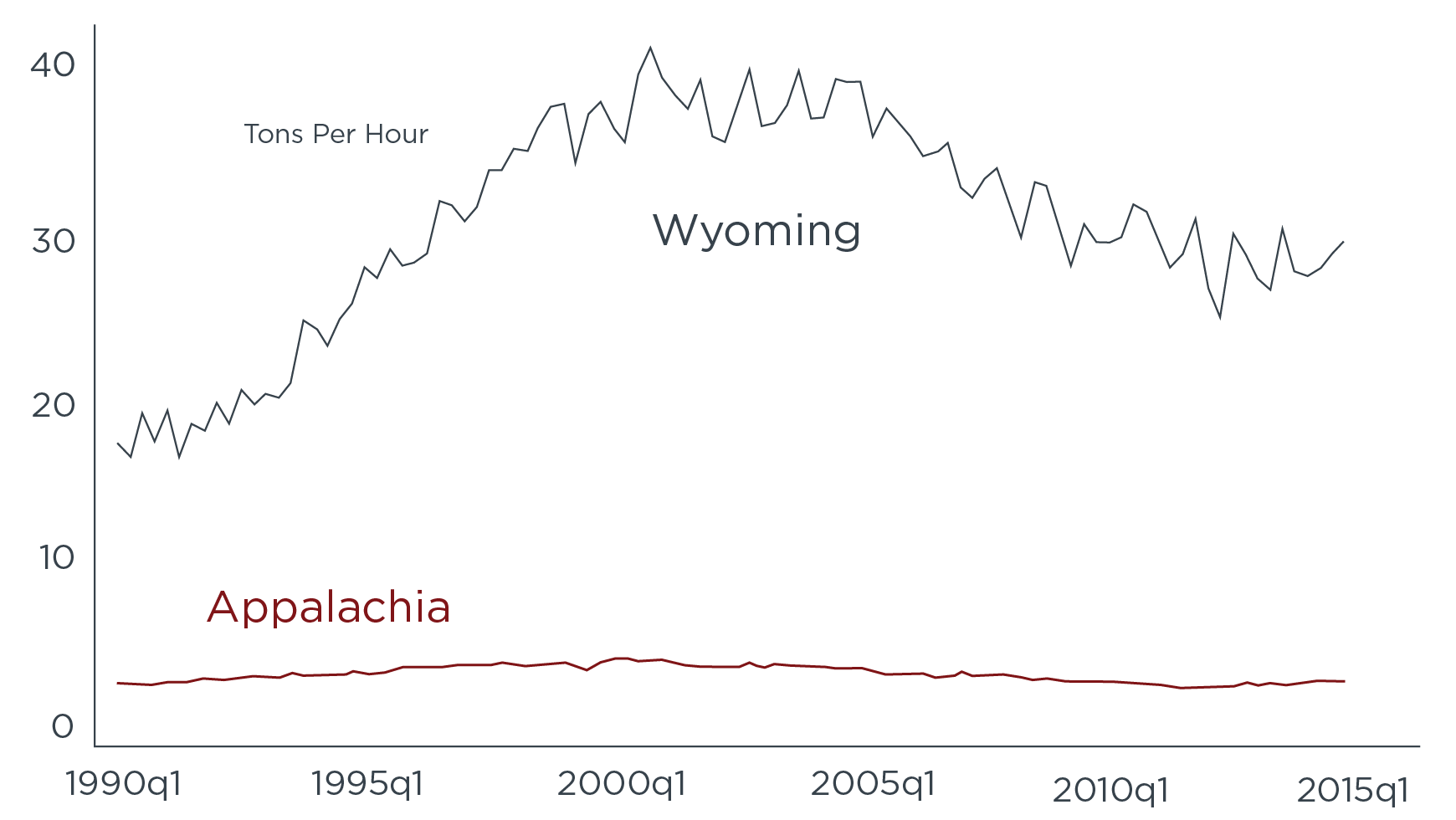 The reality is, the decline of eastern coal has been going on for decades. And, it is the growth in production from the Powder River Basin in Wyoming and Montana that is largely responsible. Why? That coal basin is big, close to the surface, and cheap to mine. So when rail freight costs dropped following deregulation of the railroad industry Powder River Basin coal could be shipped cheaply to areas that had previously relied on coal that was more expensive to get out of the ground, but did not have to travel as far.

While the growth of Powder River Basin coal has squeezed Appalachia for the last 25 years, the most recent threat to the bottom line has come from another market-driven force: cheap natural gas resulting from the “fracking revolution.” The shift toward natural gas was helped by a massive expansion in generation capacity in the early 2000’s. This meant that there were plenty of idle generators waiting for fuel prices to make their output economical—which is exactly what happened when innovations in the drilling sector made it possible to access vast natural gas resources at prices far lower than in the past. The result has been a massive shift in our electricity sector away from coal (largely at the expense of eastern coal), and toward natural gas.

Read More in “Who’s Waging The War On Coal? Not The U.S. Government” by EPIC’s Steve Cicala.