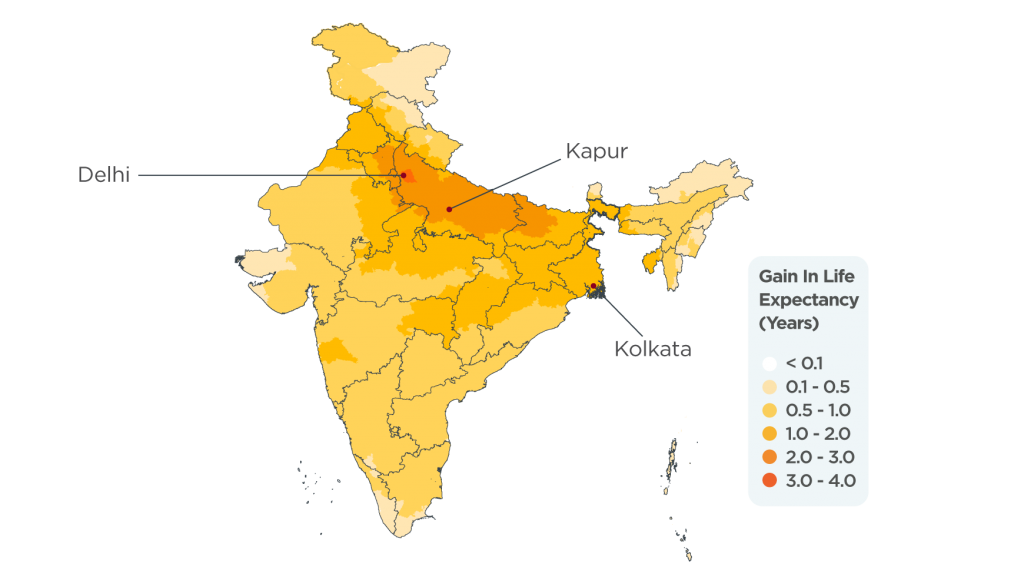 2019 began with India’s Environment Minister Harsh Vardhan declaring a “war against pollution”. The announcement included the launch of India’s National Clean Air Programme (NCAP), which aims to reduce particulate pollution by 20-30 percent from 2017 levels by 2024.

Using the Air Quality Life Index (AQLI), which converts particulate pollution into its impact on life expectancy, EPIC researchers explored how much longer people in India would live if pollution were reduced by 25 percent—the midpoint of the NCAP’s goal. The analysis found that residents living in India’s most polluted areas could live almost 3 years longer if those reductions were made and sustained. Some of the largest effects would be felt in Delhi, where people could live 2.8 years longer. Those in Kanpur could live 2.4 years longer, while residents of Kolkata could live 1.1 years longer. Overall, the average Indian could live 1.3 years longer. The analysis also found that reducing pollution by 25 percent across the country would put India in compliance with its national standard and about 30 percent of the way to meeting the World Health Organization’s safe guideline.