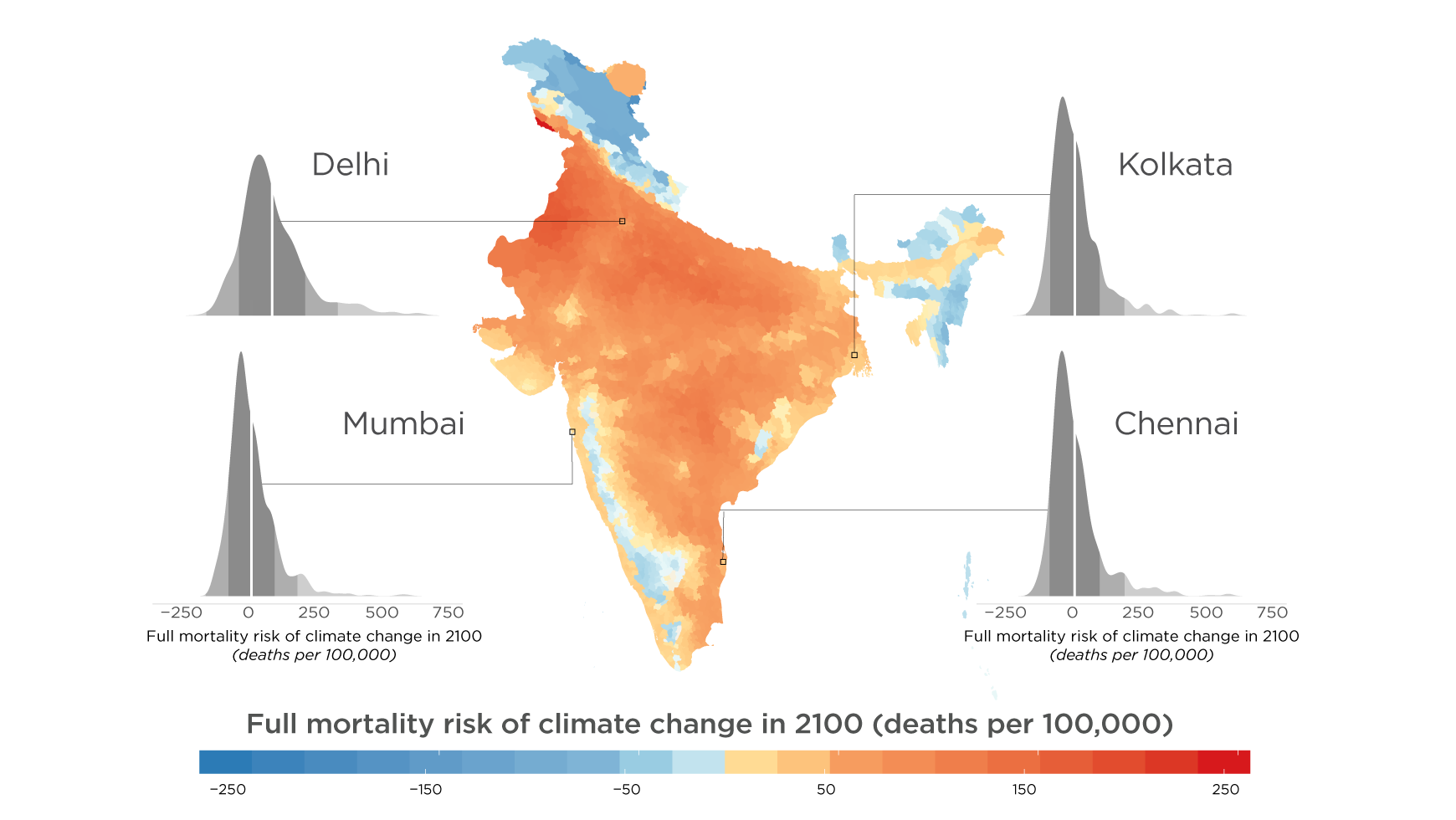 This year, countries around the world experienced record hot temperatures. Yet, no region was hit harder than South Asia, where temperatures in India and Pakistan soared as high as 123°F (50.8 °C) during those countries’ second-longest heat wave in history. Heat-related illnesses killed more than one hundred people in one Indian state alone.

Against this backdrop, the Climate Impact Lab and Tata Centre for Development released a report showing that there would be eight times more extremely hot days per year in India in 2100, causing an 11% increase above the current death rates from all causes. Heat-related deaths would be happening as often as deaths from all infectious diseases in India today under this continued high emissions path.

As the map shows, locations in the hotter northwest or southeast show large increases in death rates, but many parts of the country with milder temperatures also show significant increases. Unlike many countries at higher latitudes, which may actually see health benefits as they warm, India is projected to experience negative effects on average for the overwhelming majority of the population. It is, in many ways, a country at the forefront of climate risk.