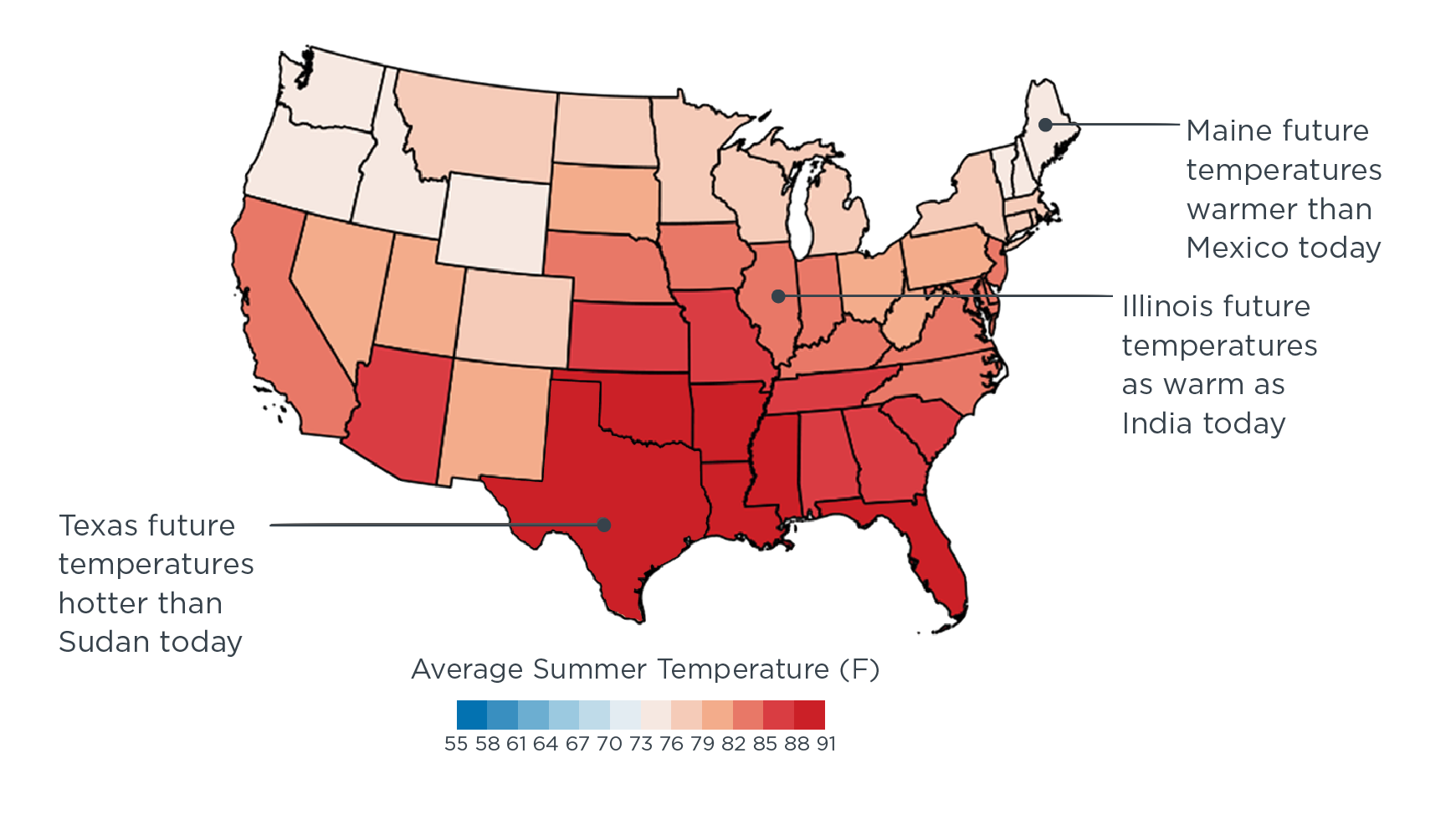 2016 will likely be the warmest on record—making it clear that we’re already beginning to see evidence of a trend for the worst. Because of climate change, episodes of extreme heat are only going to get longer, more intense and more frequent. With time, having the means to adapt—and learning to do so—will become a matter of life or death.

So, how hot will it be? EPIC’s Amir Jina and his colleagues dove into the data. Looking at the scenario where we fail to invest in mitigation and stick to our old business-as-usual ways, they see that by mid-century the average American will likely experience two to three times more hot days. And, by late-century, Americans could experience as much as three months over 95°F each year. The 1-in-20-year extreme heat events will happen about every other year.

This extreme heat will strike us where we live—providing perhaps the most compelling and personal argument to do something about climate change. In some of our lifetimes, and certainly that of our children, people in Chicago—and all of Illinois—will experience summers as hot as India today. Washington, DC will be even hotter than India. The hottest states like Texas, Mississippi and Florida will see hotter summers than Sudan today. Maine, the coldest state in the continental U.S., will continue being the coldest but will be hotter than Mexico’s summers. This extreme heat can have drastic impacts on human health.

Read more in “Every U.S. State Could Be Hotter Than Mexico By 2100, With  Deadly Consequences“

Areas of Focus: Climate Change
Definition
Climate Change
Climate change is an urgent global challenge. EPIC research is helping to assess its impacts, quantify its costs, and identify an efficient set of policies to reduce emissions and adapt...
More on this Areas of Focus / Research Theme
Related...