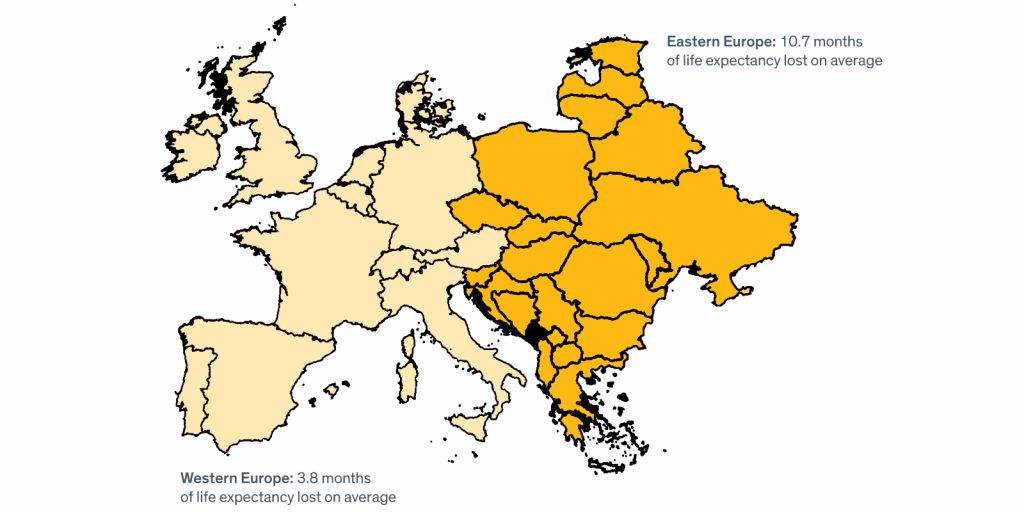 Despite improvements in air quality over the last two decades, Europeans today are breathing starkly different air. The western portion of the continent experiences generally cleaner air compared to the eastern part, where the entire populations of Poland, Belarus, Slovakia, Hungary, Lithuania, Armenia, Moldova, Cyprus, as well as Bosnia and Herzegovina do not meet the World Health Organization’s (WHO) guideline for particulate pollution. And, they’re living shorter lives because of it. In the east, Europeans are losing 10.7 months of life expectancy on average—or a combined 169.9 million years. That’s compared to the 3.8 months, or a combined 124.8 million life-years, lost to residents in the west. Some parts of western Europe even have clean air, with Ireland and Portugal fully meeting the WHO guideline.

The differences are even more poignant when comparing neighbors. For example, Germans are losing just months off their lives while neighboring Poles are losing a full year due to the higher level of particulate pollution. Residents of Bosnia and Herzegovina are breathing air more comparable to pollution hotspots in Southeast Asia like Thailand, Cambodia and Vietnam than to nearby Austria where there is half as much pollution. Residents of Bosnia and Herzegovina are losing almost 2 years off their lives as a result. Unlike in Southeast Asia where a portion of the pollution stems from wildfires, the pollution in eastern Europe is almost entirely due to the burning of fossil fuels.