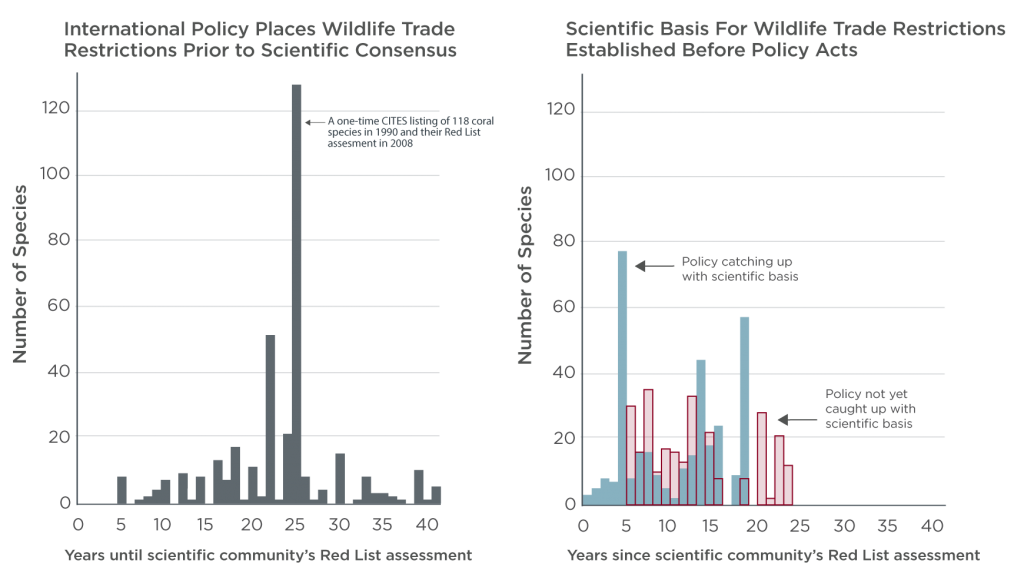 The large helmeted hornbill bird was commonly found in the wild in China and Indonesia in 2012. But three years later, it was close to extinction due to a sudden increase in demand for its ivory-like beak. Every day, thousands of species like the helmeted hornbill are placed at increased risk of extinction because of either legal or illegal trading. Yet, according to a new analysis by Eyal Frank, an assistant professor at Harris Public Policy, policymakers are responding too slowly to this slow-motion crisis.

Frank analyzed 958 species on the scientific community’s endangered “Red List” and found that 28 percent of those species are not shielded by trade restrictions. Further, two-thirds of species endangered by wildlife trade wait close to or more than two decades to be protected.