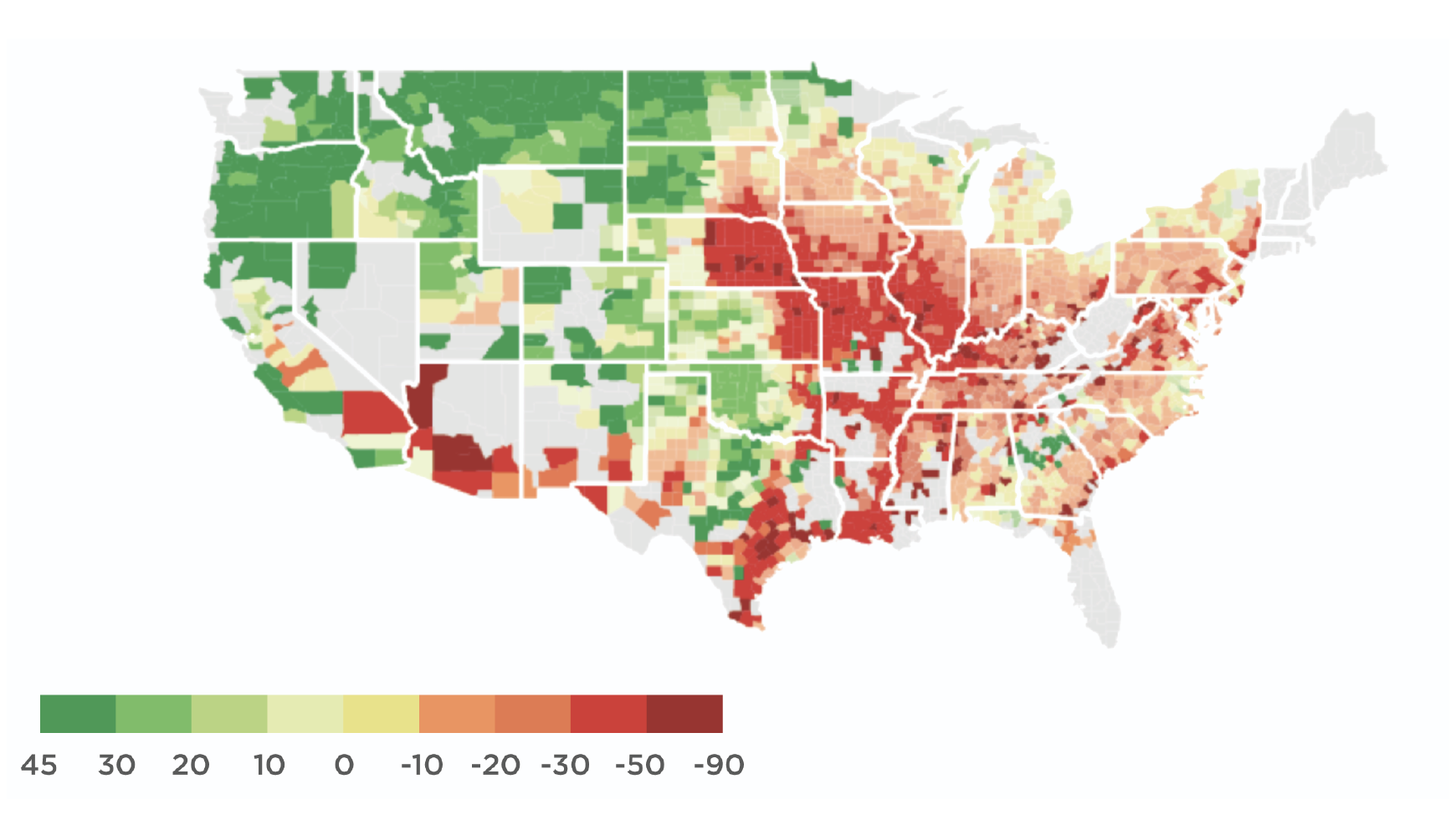 In the U.S., if we keep growing crops where they are being grown today, yields from four major crops will drop by as much as 40 percent on average by the end of the century due to a warming climate, according to research by EPIC’s Amir Jina, an assistant professor at the Harris School of Public Policy, and his colleagues at the Climate Impact Lab. Specifically, areas in the northern U.S. and southern Canada are likely to become more important sources of grain production, while yields decline in the south and middle of the country due to higher summer temperatures. This shift will force many farmers to make difficult decisions about which crops to grow, but also whether to migrate to more suitable climates, dramatically shift their agricultural practices and investments, or stay put and stop growing crops altogether.

Migration and crop-switching will become necessary ways of adapting to climate change, but so will increased irrigation. To make good use of scarce water resources in a climate-stressed future, it will be critical to ensure that water flows to the highest-value applications. EPIC’s executive director Sam Ori writes about a study by University of Chicago researcher Oliver Browne that found clarifying property rights can lead to the improvement or development of water markets, with the aim of increasing agricultural productivity.