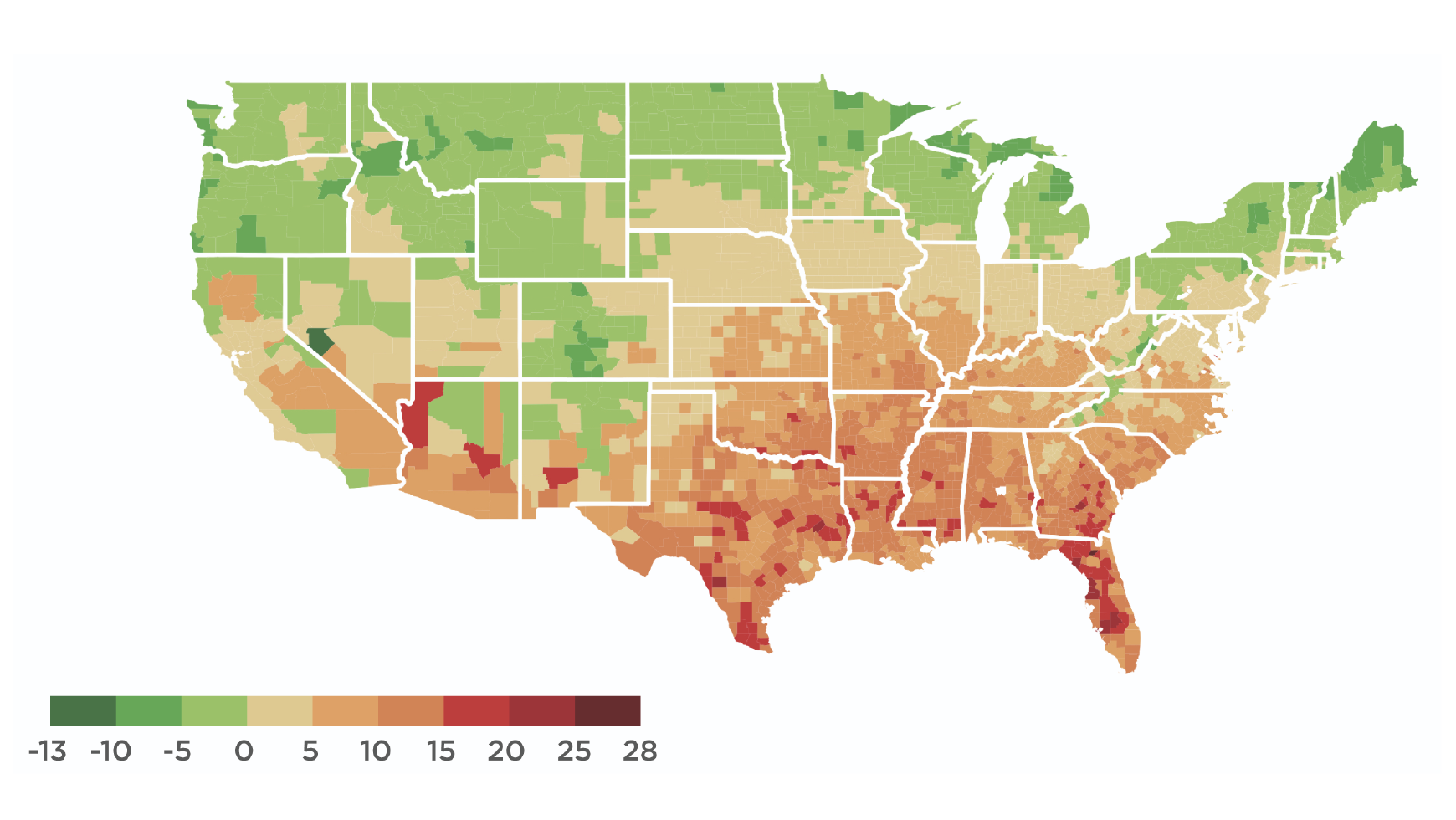 2017 brought record rainfall and unprecedented flooding to Texas, the worst wildfire season in California’s history, and a line of catastrophic storms from which millions of Americans are still recovering. Indicative of the types of changes we’re expected to see more of under climate change, some are calling 2017 a “wake-up call” for what’s in store for our future.

If the world continues on its current path, EPIC’s Amir Jina, an assistant professor at the Harris School of Public Policy, and his colleagues at the Climate Impact Lab find climate change could bring costs to the United States on par with the Great Recession. Worse, these impacts will not dissipate over time and damages for poor regions will be many times larger. This could result in an unequal distribution of damages that surpasses the largest wealth transfer from the poor to the rich in the country’s history, with the poorest third of U.S. counties projected to sustain economic damages costing as much as 20 percent of their income. The researchers’ work finds that states in the South and lower Midwest, which tend to be poor and hot already, are projected to lose the most, with economic opportunity traveling northward and westward. Increasingly extreme heat will drive up violent crime, slow down workers, amp up air conditioning costs, and threaten people’s lives. In the Midwest, climate change could cause agricultural losses similar to the Dustbowl of the 1930s.

Through this work, the team was also able to create a new metric that can help the country manage climate change as it does other systematic economic risks: For each one degree Fahrenheit increase in global temperatures, the U.S. economy loses about 0.7 percent of Gross Domestic Product, with each degree of warming costing more than the last. This metric could be used in the same way the Federal Reserve uses interest rates to manage the risk of recession.