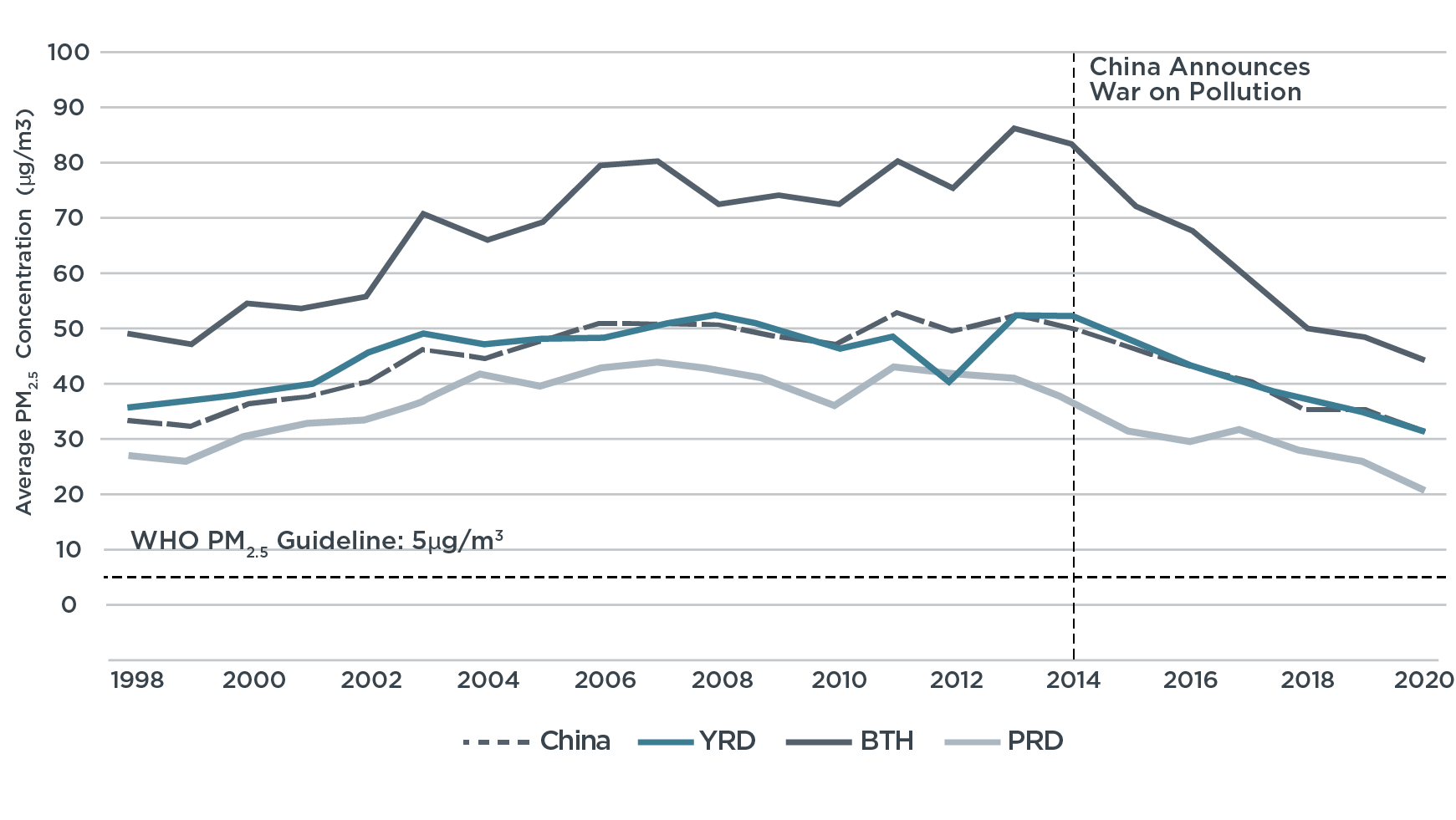 Source: The 2008 Olympics to the 2022 Olympics: China’s Fight to Win its War Against Pollution, Air Quality Life Index, February 2022

While the stubborn nature of the pollution challenge may seem daunting, China remains a beacon of progress. In 2013, China experienced some of its highest pollution levels to that point, and public awareness and criticism reached new heights. The following year, Chinese Premier Li Keqiang declared a “war against pollution,” allocating substantial public resources to combating pollution. China’s strict policy action led to a swift reduction in pollution. From 2013 to 2020, particulate pollution in China declined by 39.6 percent, adding about 2 years onto average life expectancy, assuming these reductions are sustained. Beijing experienced the largest decline with concentrations falling from 85 to 38 μg/m3 in just seven years—a 55 percent decline—adding 4.6 years onto lives, if sustained.

To place China’s impact into context, it took several decades and recessions for the United States and Europe to achieve the same pollution reductions that China was able to accomplish in 7 years, even as it continued to grow its economy. That isn’t to say that the pollution battle is over for China, or that the fight has come without costs: It isn’t over—Beijing is still 3 times more polluted than Los Angeles, the most polluted major city in the United States; and, its progress has come with significant costs. For example, at one point, the government left many households without heat during winter after removing coal boilers before natural gas or electric replacements could be installed. As China enters the next phase of its “war against pollution,” the country has an opportunity to place more emphasis on market-based approaches in order to more sustainably reduce pollution at a lower cost and without intense stakeholder pressure.