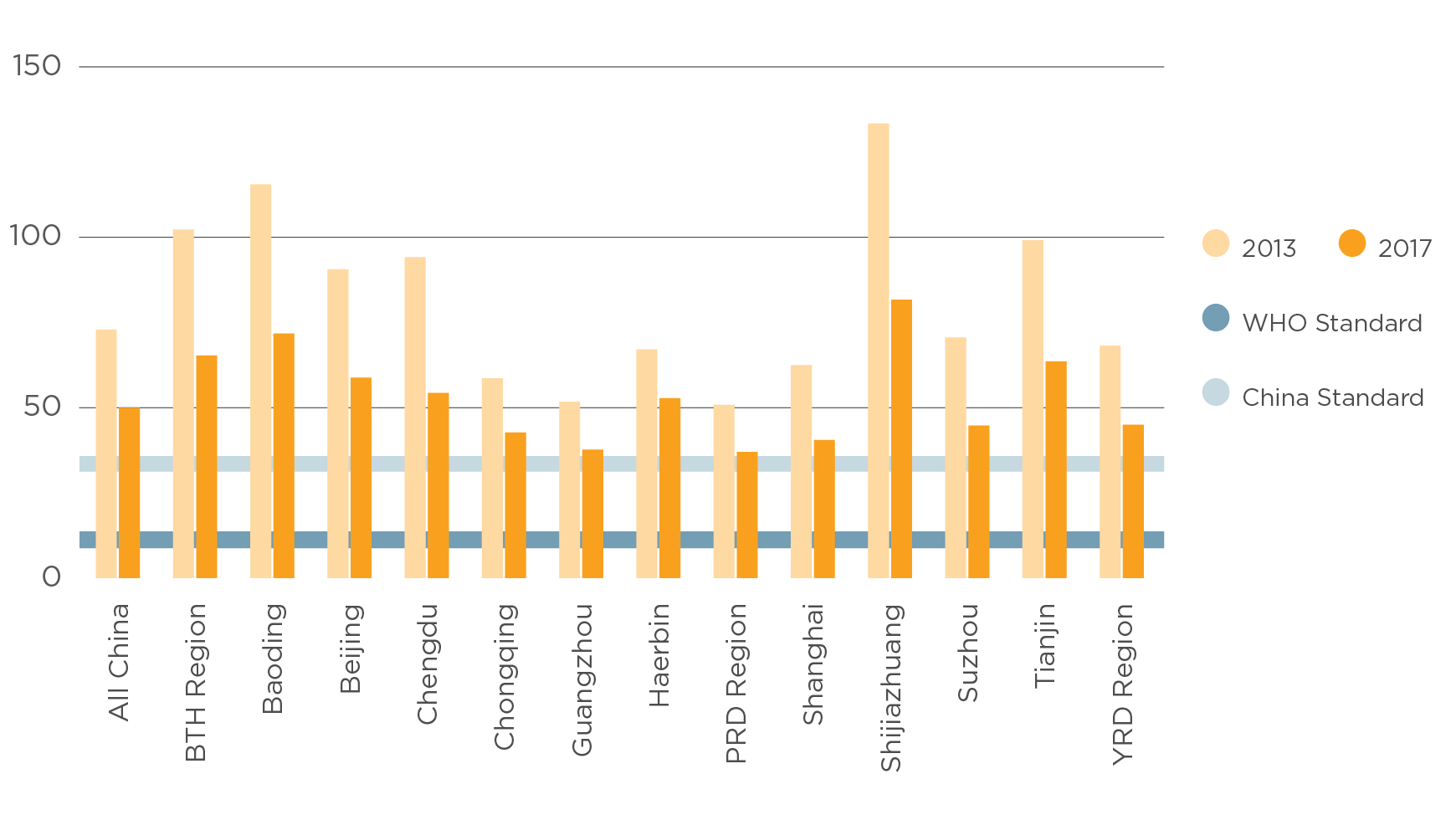 This year, China marked its four-year anniversary of declaring “war against pollution.” To coincide with the anniversary, EPIC’s Director Michael Greenstone, the Milton Friedman Professor in Economics, conducted an analysis using data from more than 200 government air quality monitors throughout the country. He and his co-author, Patrick Schwarz, found that air pollution decreased across the board in China’s most populated areas. Cities on average have cut particulate pollution by 21 to 42 percent in just four years.

The most populated cities saw some of the greatest declines: Beijing cut air pollution by 35 percent; Shijiazhuang, the Hebei Province’s capital city, cut pollution by 39 percent; and Baoding, China’s most polluted city as of 2015, cut pollution by 38 percent. If China sustains these reductions, Greenstone finds that residents would see their lifespans extended by 2.3 years on average. The roughly 20 million residents in Beijing would live 3.1 years longer, while those in Shijiazhuang and Baoding would add 5.1 years and 4.3 years onto their lives, respectively. These improvements in life expectancy would be experienced by people of all ages, not just the young and old.
Notably, while China has seen a marked improvement in air pollution, their levels in many parts of  China still exceed global and national standards. Bringing the entire country into compliance with its own standards would increase average life expectancies by another 1.6 years, in the areas where data is available. Complying with WHO standards instead would yield 3.9 years.
READ MORE: Is China Winning its War on Pollution?
Areas of Focus: Air Pollution
Definition
Air Pollution
Air pollution from fossil fuel combustion poses a grave threat to human health worldwide. EPIC research is using real-world data to calculate the effects of air pollution on human health...
More on this Areas of Focus / Research Topic
Related...