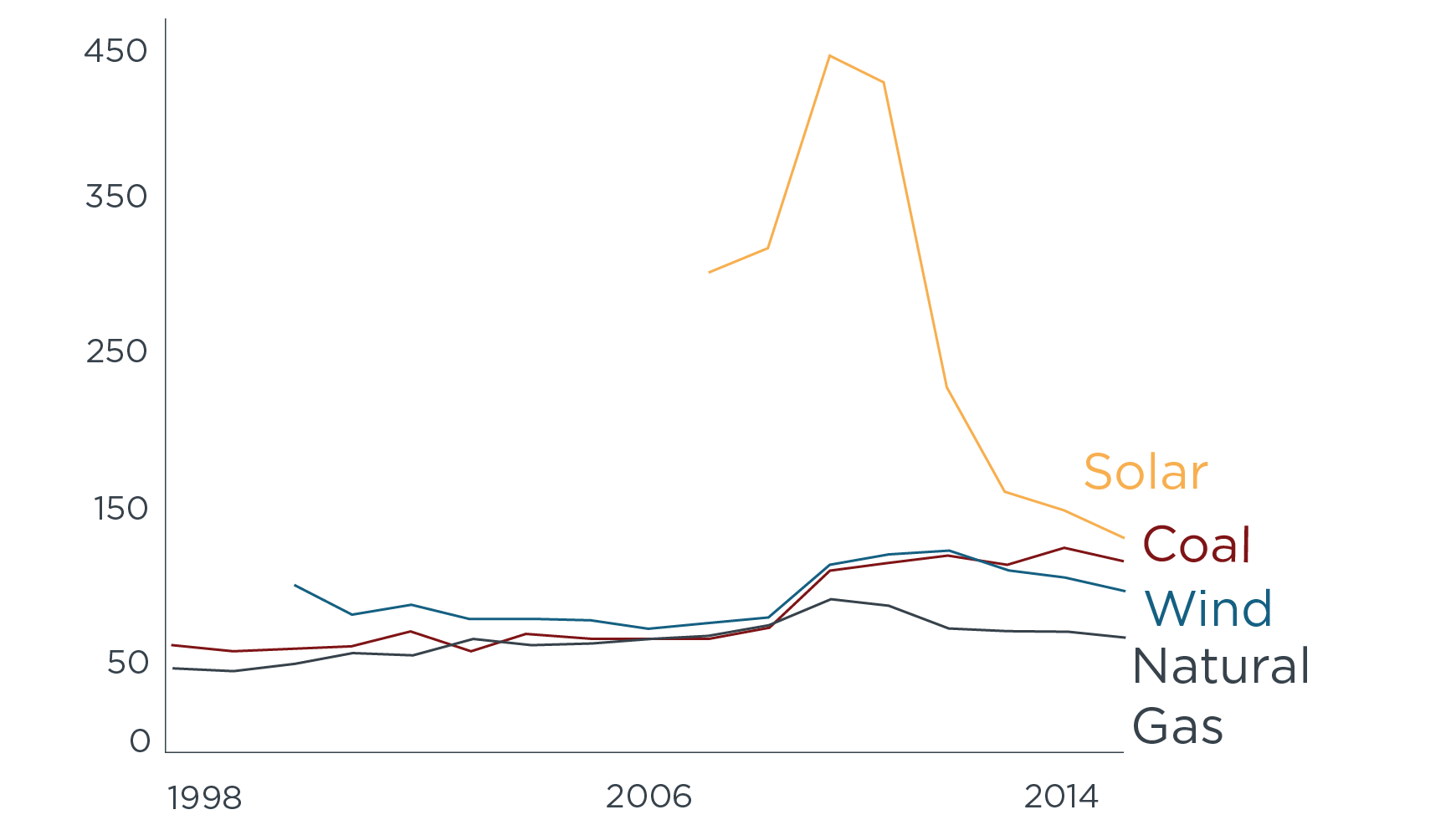 This year, the price of clean energy technologies like solar continued to drop. But unfortunately, the trend is not strong enough to beat out fossil fuels. EPIC’s Michael Greenstone, Thomas Covert and their MIT colleague Chris Knittel found that the levelized cost of solar power fell from nearly $450/MWh in 2009 to $150/MWh in 2014. Though the downward trend continues, the cost of natural gas fired power is still cheaper, even when accounting for the cost of climate-related damages.

Their study found that this continued use of fossil fuels would lead to dramatic changes in the planet. Burning all the fossil fuels known to us today would increase global temperatures by 10°F to 15°F. And, those numbers do not account for advances in fossil fuel extraction techniques that could make resources we can’t even extract today economically accessible, such as oil shale and methane hydrates, potentially adding another 1.5°F to 6.2°F of warming.

Without clear and decisive global actions to put an adequate price on carbon dioxide emissions and increase research and development spending toward clean energy technologies, fossil fuel consumption is likely to continue to grow.

Read more in “Will We Ever Stop Using Fossil Fuels?”

Areas of Focus: Fossil Fuels
Definition
Fossil Fuels
Under current policies, fossil fuels will play an important role in the energy system for the foreseeable future. EPIC research is exploring the costs and benefits of these fuels as...
More on this Areas of Focus / Research Topic