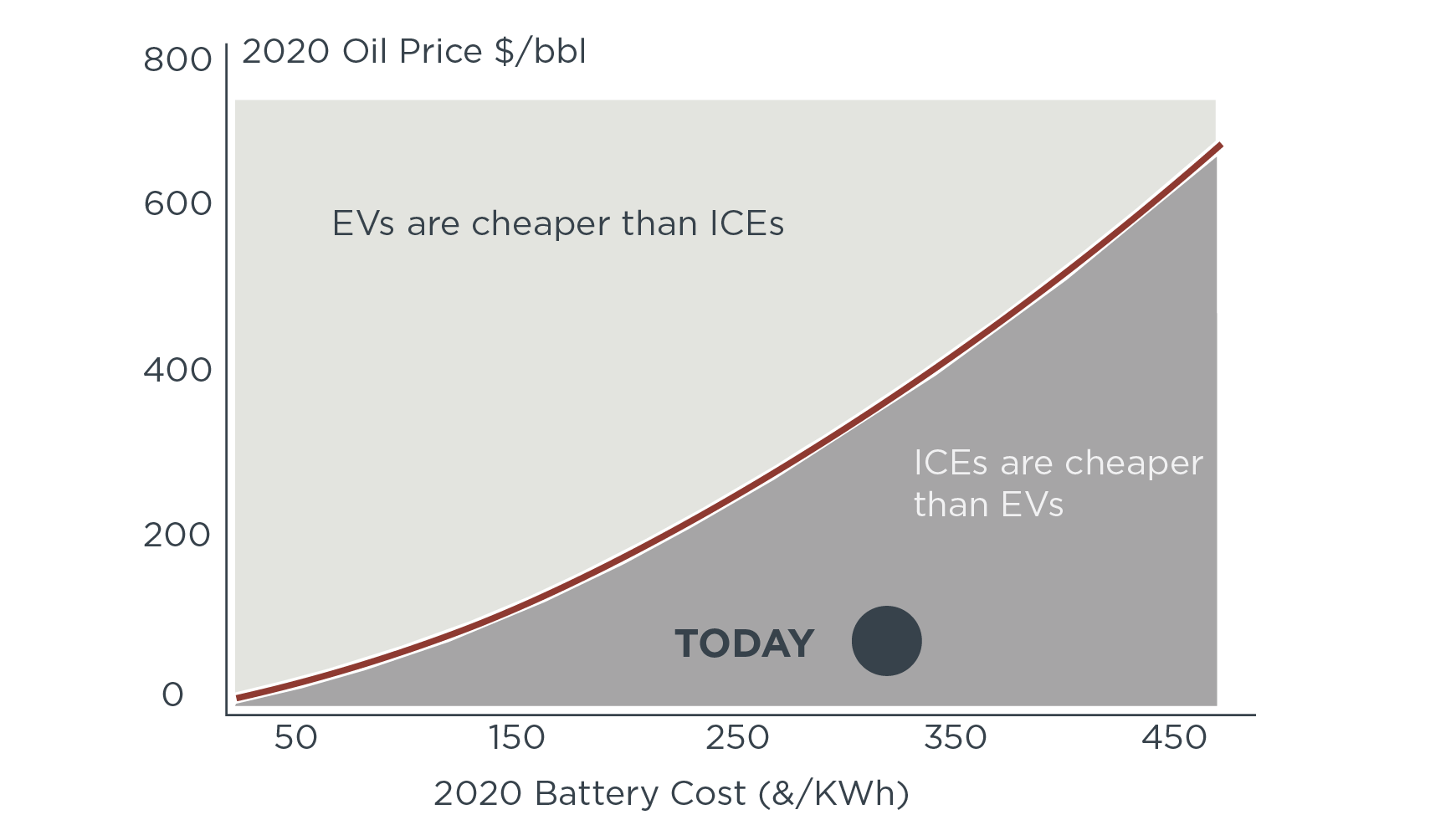 Electric vehicles may be on some wish lists this year, but it will take much higher oil prices before they will be able to compete with traditional gas-guzzlers, according to a study by EPIC’s Michael Greenstone, Thomas Covert and their MIT colleague Chris Knittel. At the current battery cost of $325 per KvWh, the price of oil would need to exceed $350 per barrel before an electric vehicle would have a lower cost of ownership than an equivalent gasoline powered vehicle. Unfortunately, oil traded at an average of $49 per barrel during 2015.  Thus, batteries need to be much cheaper before electric vehicles could cause reductions in demand for fossil fuels.

Switching to EV, however, would be vital to our planet, the study’s authors found. Burning all the fossil fuels known to us today would increase global temperatures by 10°F to 15°F. And, those numbers do not account for advances in fossil fuel extraction techniques that could make resources we can’t even extract today economically accessible, such as oil shale and methane hydrates, potentially adding another 1.5°F to 6.2°F of warming.

Read more in “Will We Ever Stop Using Fossil Fuels?”