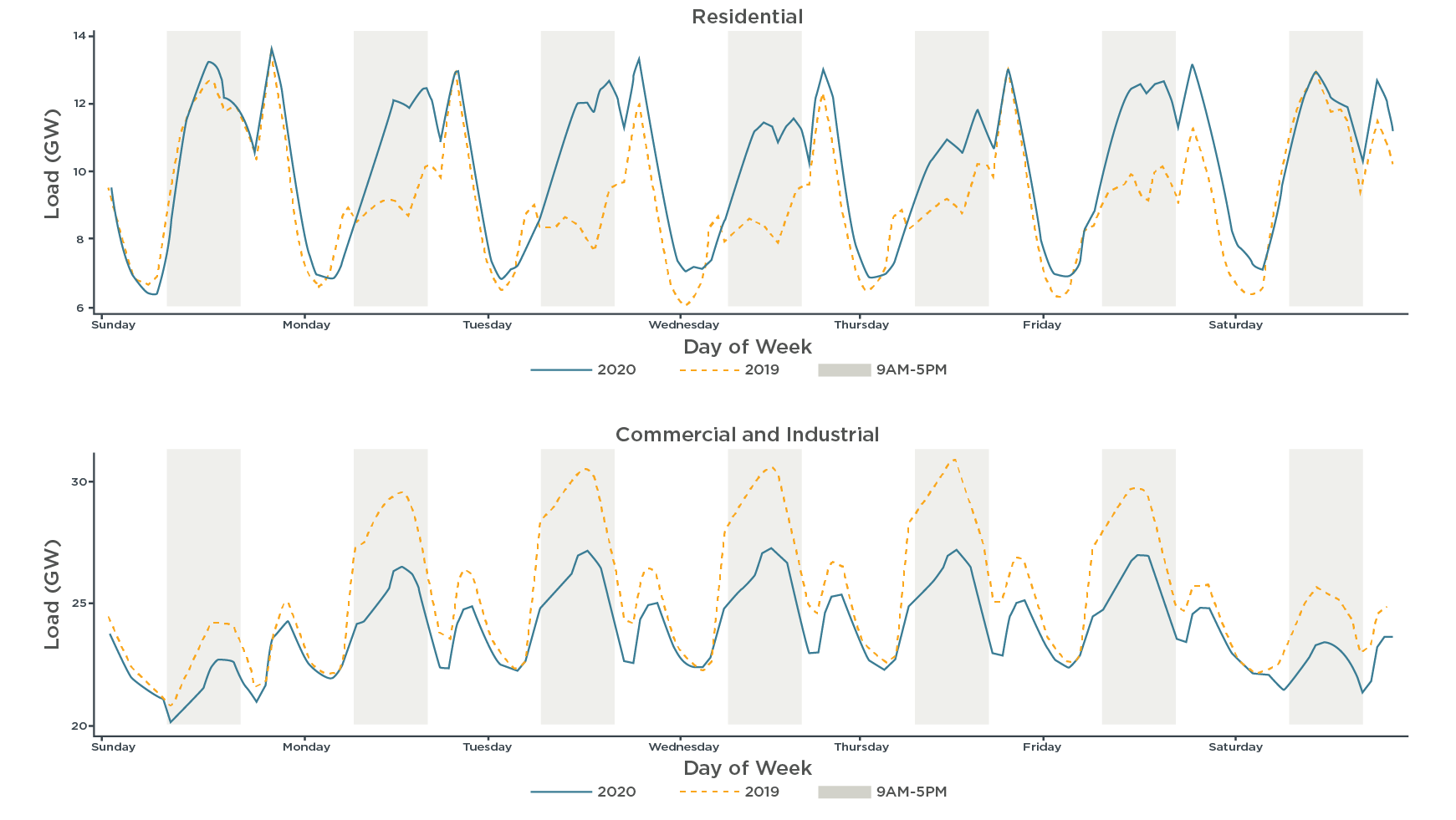 Normally, households tend to consume a lot of electricity during the weekend day and less on weekend nights as they head out for the evening. Then, they use a lot during weekday mornings and evenings as they get up and return from work, while using much less during the workday when the house is generally empty. Studying these same trends this year tells a sharply different story—as it should. This year has been anything but normal. The shift to working from home for roughly one-third of Americans has meant households are using about 10 percent more electricity each month, and paying somewhere between $11 and $50 more for it in their monthly electricity bills, according to a study examining consumption from April to July.

As they work from home, every day becomes like a weekend day for many American households. Electricity use shows that without the commute to work, Americans are sleeping in. The dangers of Covid-19 have caused many to stay in on weekend nights.  In Texas they’re using 3 to 4 gigawatts of electricity more during work hours—16 percent higher than during normal times.

The growth in residential use—a pattern uncharacteristic of economic recessions—is masking the continued lag in commercial and industrial consumption, which fell by 12 percent and 14 percent, respectively, from April to July. Even after July 1, a period when most lockdowns had already lifted, commercial and industrial consumption remained 5 percent below normal. That lagging consumption is comparable to the overall decline seen following the Great Recession when the economy was sluggish.

With more than one-third of firms that have adopted remote work believing it will continue in some form after the pandemic, the increase in residential use may become the new normal. This isn’t good for household budgets, and muddies the impact of less commuting on the environment.

“Working from home does have its benefits as workers are filling up their gas tanks less, and spending less of their time driving to and from work—fewer cars on the road also means fewer emissions,” says study author Steve Cicala, an EPIC nonresident scholar and assistant professor at Tufts University. “But this misses an important part of the calculation. Just as dense cities are more energy efficient than suburbs, it requires more energy to power many, many homes than to power single office buildings. As such, the trend toward working from home could increase emissions from the power sector on net. The future of working from home is not as green as one might think.”

The unprecedented COVID-19 crisis is touching every aspect of society---the global energy landscape being no exception. At EPIC, our faculty are digging into important questions on how this crisis intersects with energy and our environment.
Related...