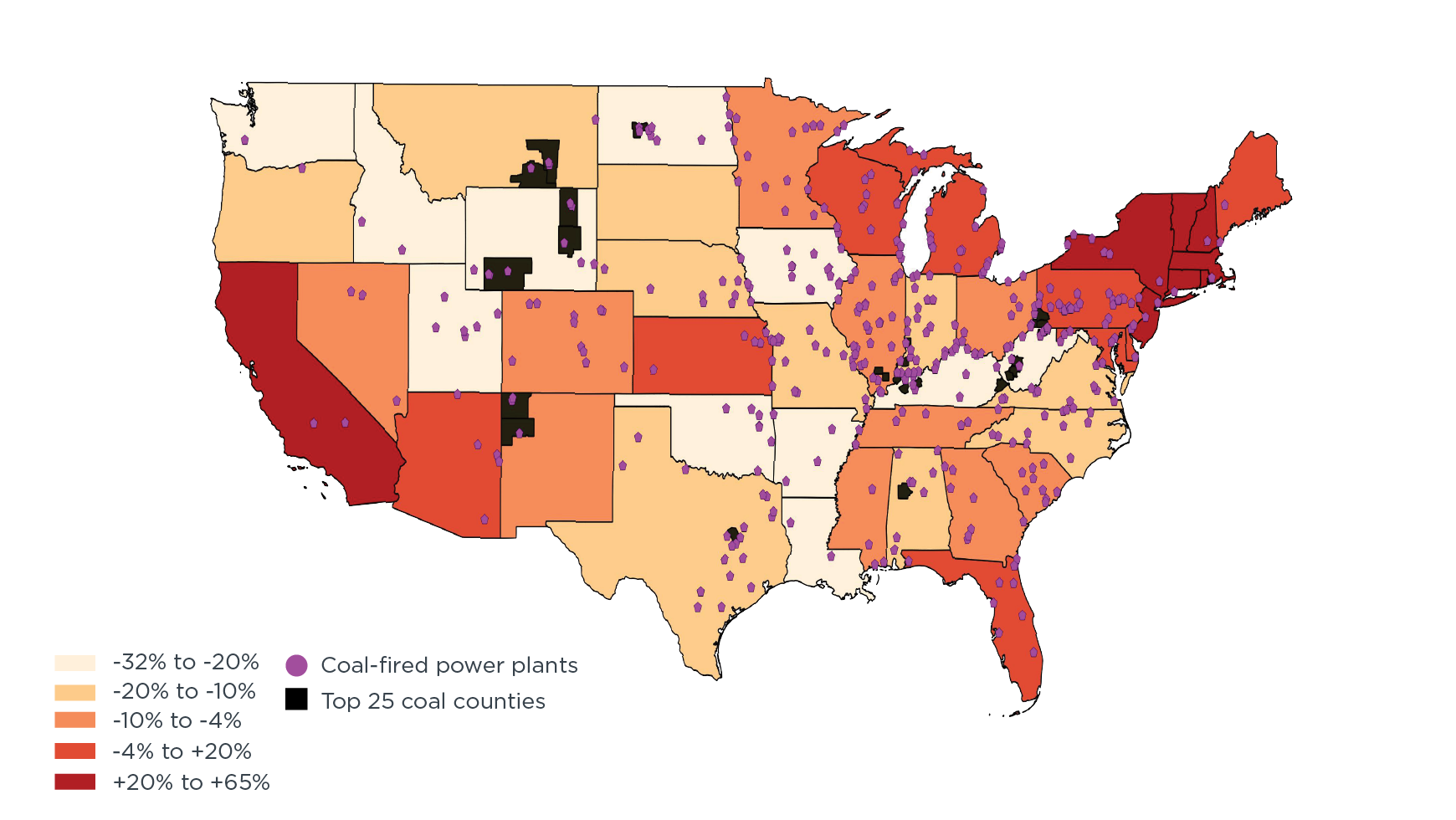 Source: Author analysis based on data from EIA and the Mine Safety and Health Administration (2014) EIA, May 2016 Monthly Energy Review

Twenty-five counties in just a handful of states produce two-thirds of our nation’s coal and then ship it to power plants all throughout the country. The farther away a plant is from a mine, the greater the coal—and with it, electricity—costs. It costs nearly five times more to buy coal in Maine than in Wyoming.

Much like coal, wind and solar resources are distributed unevenly throughout the country. Unlike coal, one can’t put the wind or sun on a rail car. Without a transmission network to import electricity from renewables-rich regions, solar and wind resources aren’t being put to good use.

Read more in the Forbes piece “How Going Local Is Hamstringing The Clean Energy Transition” by EPIC’s Steve Cicala.